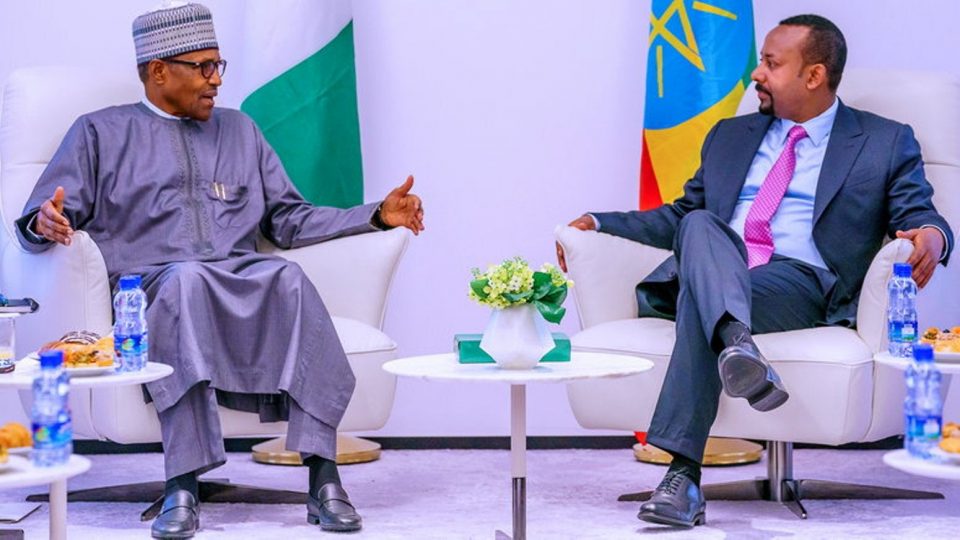 President Muhammadu Buhari has declared that a robust cooperation between Nigeria and Ethiopia would provide a strong pillar for African integration.

President Buhari noted that this would give concrete effect to the African Continental Free Trade Area (AfCFTA).

Speaking at a State Dinner in his honour Tuesday in Addis Ababa, Ethiopia, the President said as the two most populous countries on the continent, Nigeria and Ethiopia shared similar challenges, stressing that it has become imperative for both countries to strengthen and expand cooperation at all levels and in all areas.

The Nigerian leader said his State Visit to Ethiopia, fondly called The Cradle of Humanity, focused on how to further boost relations and explore new areas of cooperation between the two countries.

”Relations between Nigeria and Ethiopia have been warm and   cordial since the establishment of diplomatic ties in 1964.

”Currently, a Ministerial joint Commission meeting is taking place between Nigeria and Ethiopia to finalise documents for our consideration.

”I am confident that the meeting will produce a fruitful outcome which will elevate relations to a higher level,” he said.

President Buhari also extolled his host for bringing transformation to the country, describing his work as that of a visionary leader.

”Your visionary leadership has seen an amazing transformation of your country in such a short period of time,” he said.

In his remarks, the Ethiopian Prime Minister described President Buhari’s visit as historic, noting that it represents a new height in the historical relationship between the two countries.

”We have had fruitful discussions today with President Buhari on a wide range of issues of common interest and experience between our two countries.

”We have explored how to enhance investments, trade, tourism, aviation cooperation and energy development,” he said.

The Prime Minister expressed the readiness of Ethiopia to exchange lessons with Nigeria on asset recovery and repatriation of stolen funds, given Nigeria’s success in the area and the fight against corruption.

Prime Minister Ahmed added that Ethiopia also had a lot to learn from Nigeria on national unity, peaceful co-existence and religious diversity.

”Ethiopia is facing big challenges in this regard and our party leadership will like to learn from Nigeria on how to tackle this challenge and to unify Ethiopia, East Africa and the continent at large,” he said.

The Prime Minister also called for the strengthening of the roles of G-4 countries namely Nigeria, Ethiopia, Algeria and South Africa, in leading the continent politically and economically, thereby providing peace, prosperity and stability to their respective countries and the continent 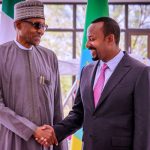 North the worst place to live in Nigeria — Sultan