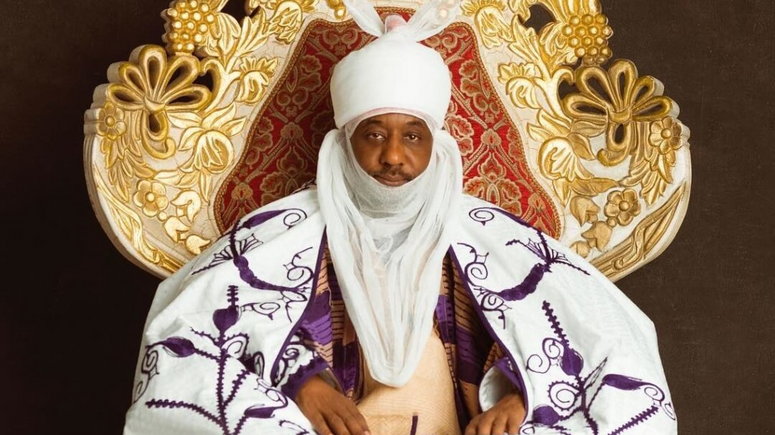 Emir of Kano, Alhaji Muhammadu Sanusi II, says that poverty and illiteracy in Northern Nigeria is dragging down the development of the country, challenging leaders in the region to change the education and poverty narrative in order to save the region and nation from collapse.

Speaking at a ceremony on Monday to mark the 60th birthday of Governor Nasir EL-Rufai of Kaduna State, Emir Sanusi said that Northern Nigeria would destroy itself if it does not address the challenges of poverty, millions of out-of-school children, malnutrition, drug problem and the Boko Haram insurgency.

Stating that no leader in the North could afford to be happy in the face of the multifarious challenges confronting the region, Emir Sanusin lamented that 87 per cent of poverty in Nigeria is in the North with 13.5 million of the 14 million children out of school in Nigeria is from the same region.

He added that nine States in the North contribute almost 50 per cent of the entire malnutrition burden in Nigeria.

Lamenting that “there is drug problem, Almajiri problem and Boko Haram problem in the North,” the traditional leader of Nigeria’s most populous city of Kano urged leaders of the region to move away from doing things the old way, which had produced the same negative results but should invest in education, nutrition and primary healthcare.

The Emir, a former Governor of Central Bank of Nigeria (CBN), also cautioned against continuous reliance in quota system and federal character to get jobs at the expense of other parts of the country which are busy educating their own children and turning out graduates.

“So, we wish Nasir a happy birthday. But we do not want him to be happy as a leader. Because you are happy when you think you have reached a state of delivering and taking your people to where you want them to be. Now, because of the condition of Northern Nigeria, it is almost correct now to say that, if you are seen as normal, if you are a Governor in the North or a leader in the North, and you are seen as normal in the sense that you continue to do what your predecessors have been doing, doing the same thing, which has been normalised, then, there is something wrong with you, you are part of the problem.

“And the truth is, if you look at what Nasir is doing in Kaduna, with 40 per cent of his budget in education that is the only thing that is going to save the North. I know that, when we say these things, they don’t go down well. We have been saying this for 20 to 30 years. If the North does not change, the North will destroy itself. The country is moving on. Quota system that everybody talks about must have a sunset clause.

“The reason that people like Nasir stand up and they are nationalists is that, they don’t have any sense of inadequacy. You don’t need to rise on being from Kaduna State or being from the North or being a Muslim to get a job, you come with your credentials, you go with your competence, you can compete with any Nigerian from anywhere.

“We need to get our Northern youths to a point where they don’t need to come from a part of the country to get a job. And believe me, if we don’t listen, there would be a day when there would be a constitutional amendment that addresses these issues of quota system and federal character. The rest of the country cannot be investing, educating its children, producing graduates and then they watch us. They can’t get jobs because they come from the wrong State when we have not invested in the future of our own children.

“So, as we celebrate Nasir at 60, we need to celebrate him as a public officer who is addressing the core problems of his constituency. It is education, it’s girl-child education, it’s women’s right, it’s child begging, it parental irresponsibility, demographic growth, it’s managing a multi-cultural, multi-ethnic and multi-religious society and bringing them into one community where they are all citizens and he has done a lot that we can learn from.

“We have just heard how he has developed himself over the years. He is a surveyor. He is a lawyer. He has got Masters degrees. He has had over 80 certificates from Harvard, because education is what makes a man. So, I am proud to count Nasir as one of my friends. I usually say I have to keep him as a friend, because he is the only person in Nigeria beside whom I am considered a moderate. People usually go to him and say talk to your friend the Emir or your friend Sanusi, same way people tell me, talk to your friend Nasir. Even two days ago, someone sent me to him with two messages. I delivered the first one which I thought was nice and friendly, but when I saw his reaction, I did not deliver the second one, I am waiting for the right time to deliver it.

“When he had issues with teachers in Kaduna State, some of his friends came to me to advise him because he was in his first term. That, he should not take such risks, he can lose election. I said, okay I will advise him. But I knew he was not going to listen to that advice. So, I told him what people were thinking. He said, Your Highness, if the people of Kaduna want to vote me out because I want good education for their children, let them do it. And I agreed with him. After winning an election, you should be governing. You should not be in a campaign mode for four years. You were elected to serve. If people appreciate it and vote for you, fine. If they don’t, you have done your bit.” Emir Sanusi said. 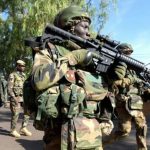