The action, which is historic, is the first time in the history of Nigeria that the nation’s air and land borders have been shut. Not even during the 30-month Nigerian civil war was the air and land borders and other institutions of governance including schools, at all tiers, were closed.

Earlier last week, three other international airports in Kano, Enugu and Port Harcourt were closed down, all as part of efforts to curtail the Coronavirus spread.

According to official decision, during the period of the lockdown, only international, emergency and essential flights will be allowed into the country.

Meanwhile, the Nigerian Railway Corporation (NRC) would close to public transportation by Monday. When Nigeria’s tertiary, secondary and primary schools formally close for an initial period of one month on Monday also, the impact of the shutdown would be felt greatly from Tuesday.

The closure affects also the nation’s 183 Polytechnics, comprising of 28 (Federally owned), 91 (State Governments) and 64, owned by private individuals and institutions.

The National Assembly is not even exempted from the shutdown as it now tests lawmakers and their aides who are the only ones allowed into the National Assembly Complex. The complex, which used to be a beehive of activities of has been barred for visitors.

Already, the Sports sector is hit most as President Muhammadu Buhari on Monday suspended the much anticipated 20th edition of the National Sports Festival (NSF) scheduled to hold in Benin City, Edo State, in the Niger Delta region.

And on Wednesday morning, the management of the National Youth Service Corps (NYSC) shut down all its camps and suspended ongoing three-week orientation course for corps members nationwide. The shutdown effectively truncated the Orientation Course segment of the NYSC mandatory service for all Nigeria graduates.

The effects of the COVID-19 has hit federal government workers who draw kicks from foreign travels at the slightest excuse, all public officials in the Ministries, Departments and Agencies (MDAs), all forms of travel out of the country for whatever reasons, bilateral, multilateral, conferences, seminars, workshops, negotiations, presentations and any form of other ceremonies have been banned.

Even the West African Examinations Council (WAEC) on Friday announced the suspension of the 2020 West African Senior School Certificate Examination (WASSCE) for school candidates. WAEC had earlier scheduled that the examinations would commence on April 6. It is now to be rescheduled for a later date.

Even Nigeria, a fiercely religious country, has scaled down the Islamic Friday (Juma’at) prayers and the Christian Sunday services. Any of such religious gatherings must not have more than 50 persons in attendance. In Lagos State, any gathering of more than 20 persons have been banned.

The entertainment sector got a lockdown on Friday in Lagos as Governor Babajide Sanwo-Olu ordered the Police to enforce the closure of all nightclubs, bars, lounges, theatres, cinemas, gyms, sports centres and social hangouts in Lagos State. And in a environment where partying at the slightest reason is the norm, the State has also banned all wedding receptions, parties and all kinds of social events, including religious services.

Even the National Identity Management Commission (NIMC) has ordered the immediate shutdown of enrollment centres in Lagos, Katsina, Ekiti, Ogun and Anambra States as part of preventive measures against the spread of Coronavirus. 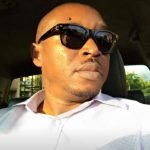