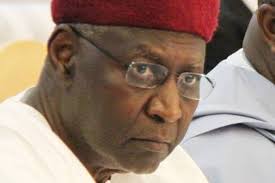 ….. As COVID-19 Committee members are quarantined

The battle to contain the dreaded Coronavirus (COVID-19) rocking the global community including Nigeria has run into troubled waters as  the country’s seat of power is caught up in the heat with indisputably the most powerful person in Aso Villa, the Chief of staff to the President Abba Kyari  testing positive to the virus disease.

The Chief of Staff’s plight expectedly came with far reaching implications as all members of the COVID-19 Committee set up by the Federal Government have been meeting severally with him as he was carrying the disease.

Kyari’s case was made manifest as he coughed ceaselessly in one of the COVID-19 committee meetings.

Jolted by the news of the Chief of Staff to the President status and the increasing number of carriers of the virus in the nation’s capital, Abuja hit seven, Minister of the Federal Capital Territory (FCT), Malam Muhammad Musa Bello, announced a “partial lockdown” of the capital territory.

Malam Bello told journalists on Saturday that all gatherings in public parks, gardens, bars, night clubs, events and football viewing centres, amongst others, are banned till further notice.


The Minister said that all places of worship, including churches and Mosques remain closed, in addition to the closure of all schools and restriction of gatherings of not more than 50 people.

Global Upfront Newspapers (GUN) gathered that the result of the Chief of Staff’s test threw The Presidency into crisis as virtually all top persons in the country including the President and the Vice President met with him.

Being a man every Nigerian pray to meet because of the influence he wields, dozens of Ministers and Head of Departments and Agencies met with him as he was already carrying the disease.


The entire seat of power have been locked down and security operatives put on red alert as most of their personnel are also being isolated for having had contact with index case in the Villa.

President Muhammadu Buhari was said to have been devastated by the intelligence report he got on the situation and the far reaching havoc being anticipated and this prompted the suspension of the weekly meeting of the Federal Executive Council (FEC).

GUN learnt that blood sample of dozens of Villa  staff especially in the Chief of Staff office as well as his home are to be taken for testing.

The source also revealed that the Chief of Staff led a condolence delegation to represent the President last week at the death of the mother of the Kogi state Governor, Yayaha Bello.

Special Duties Minister, Senator George Akume, and others including the Governor have been contacted for quarantine and testing.

Sources told GUN that President Buhari is greatly disturbed for the Chief of Staff knowing his existing health challenge added to his age.

A health expert who spoke to the GUN said that there is an urgent need for the government to set up a fresh COVID-19 committee as the old members would naturally not be in good state of mind to operate as they will themselves be isolated and thinking of their health first.

The FCT Minister said that “shops in markets and neighborhood centres in the FCT are to be shut to traders except those who sell essential commodities and medicines. However, pharmacies and supermarkets selling essential products and bakeries are to remain open but abide strictly by laid down measures.”

Muhammad Musa Bello said that the stay-at-home policy will be strictly enforced, especially for the FCT civil servants on grade level 01-12.


“However, all workers from grade level 01-12 on essential duties such as water supply, fire service, security, medical services, environmental protection, emergency services, FERMA and others are exempted from the stay-at-home police.”


The Minister, who stressed the danger of Coronavirus to individuals and the society, said that already an Emergency Response Team (ERT) has been put in place to tackle the pandemic in all ramifications in the capital territory. 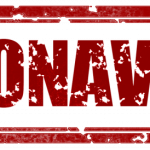 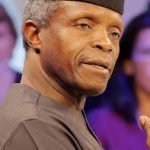