The Peoples Democratic Party (PDP) on Friday praised organized private sector, corporate bodies and individuals who have made financial and material donations in the efforts to stop further spread of COVID-19 in the country and to assist the poor who would be adversely affected by the restriction in movement.

The party’s Spokesperson, Kola Ologbondiyan who stated this in a statement on Friday also commended health workers and other public safety functionaries for their sacrifices in the fight against the  virus.

Ologbondiya recalled that following what he called the lethargic approach of the Buhari Presidency, the PDP had taken up the onus in calling on the corporate bodies, the organized business community, research and medical institutions as well as public-spirited individuals to immediately come to the rescue of the country.

PDP expresses happiness with the response so far received from the private sector and urged the authorities to ensure judicious use of the resources.

It also called on other public-spirited organizations, groups and individuals to join in the overall effort to curtail the impact of the deadly virus. 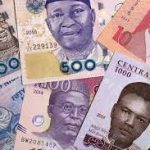