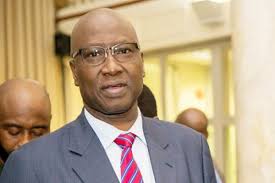 The Nigerian Presidential Task Force on COVID-19 said on Tuesday that its meeting with the nation’s Defence of Defence Staff and Service Chiefs, heads of the Nigerian Police, Department of State Security, Nigeria Security and Civil Defence and other agencies of government was to review of the protocols for implementing the 14-day lockdown in Lagos, Ogun and the Federal Capital Territory (FCT), Abuja.

Though the Chairman of the Presidential Task Force and Secretary to the Government of the Federation, mr Boss Mustapha, who spoke during a briefing on COVID-19 in Abuja reiterated that the lockdown was for the benefit of the country and its citizens, he did not elaborate on what necessitated the review meeting.

But sources said that the meeting could not hold before the lockdown began in order to map out the modalities for implementation as there was limited time between the Presidential proclamation and kick off of the curfew. It had to hurriedly hold on Tuesday because of reports of highhandedness by soldiers who were deployed on the roads and streets to enforce the stay at home order.

There are also complaints of shortages of food items in neighbourhoods and non-arrival of new stocks to replenish the one hurriedly cleared on Monday as soldiers are not even allowing vehicles carrying food items or other essential products from moving to their intended destinations in the lockdown areas.

According to Mr Mustapha: “The Presidential Task Force has met with the security chiefs to smoothen rough edges of implementation within the first day of implementation and we are working on issuing an appropriate restriction protocol and exemption guidelines, which will guide the subsequent days of restrictions.

“Initial feedback is that there is substantial compliance but, however, there are violations of those restrictions by citizens that we desire to protect. Let me emphasise that the decision to lock down is to prevent community spread which might be dangerous to manage.

“It can only be done by Nigerians and for Nigerians. So, we use this medium to implore our people and plead with them to please respect and honour restrictions that have been imposed for the good of our people and nation.”

Meanwhile, additional four new cases of COVID-19 have been reported in Osun (three) and Ogun (one), bringing the total number of confirmed cases to 135.

A Tweet from the National Centre for Disease Control (NCDC) said that “as at 11:15 am 31st March there are 135 confirmed cases of COVID-19 reported in Nigeria with two deaths.”

Altogether, the pandemic has been recorded in 11 States and the FCT with Lagos topping the chart with 81 cases. It is followed by the FCT with 25 cases, Oyo State followed with eight cases, including that of Governor Seyi Makinde, who tested positive for the virus on Monday.

The three additional cases in Osun makes the new figure for the State to be four; Kaduna has three, including Governor Nasir El-Rufai; Enugu, Edo and Bauchi have two cases each, while Ekiti, Rivers and Benue States have one case each. Bauchi’s figure of two includes that of Governor Bala Mohammed. 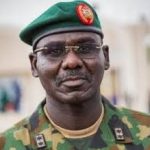 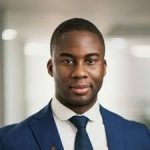 Contempt Of Court In Nigeria: What The Cases Of Three Convicted Security Chiefs Tell Us