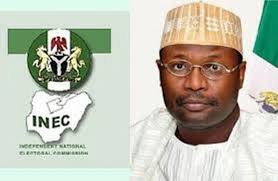 Except the coronavirus pandemic ravaging the whole world, including Nigeria abets, some vacant seats in the National Assembly will remain unfilled for some time.

Before the death of Senator Rose Oko who represented Cross River in the senate occurred last week, four vacancies already existed in the upper legislative chamber. Two of these seats are in Bayelsa State while Imo and Plateau States have one each.

The two vacant seats in Bayelsa State were as a result of the swearing in of Senators Diri Douye and Lawrence Ewhrudjakpo as Governor and Deputy Governor respectively, on February 14.

Before then, Douye represented Bayelsa Central in the Senate while Ewhrudjakpo occupied the Bayelsa West Senatorial seat.

The people from these affected Senatorial districts have to wait for some time before they could choose who represent them in the nation’s highest law-making body.

The Independent National Electoral Commission (INEC) had already begun preparations for the bye-elections before the coronavirus pandemic hit the nation.

Two weeks ago, the electoral umpire issued a statement, postponing the bye-elections indefinitely.

Mr Festus Okoye who signed the statement said the postponement was in line “with Section 26 of the Electoral Act 2010 (as amended) which empowers the Commission to postpone any election in the event of any emergency or natural disaster.”

Before President Muhammadu Buhari’s order for total lockdown of Nigeria’s Federal Capital Territory (FCT), Lagos and Ogun States for two weeks, the Presidential Task Force on COVID-19 pandemic had issued health advisory on Nigerians in a bid to contain the spread of the virus.

Among the advisory was congregation of not more than 50 persons.

Okoye, who is INEC’s National Commissioner in charge of Information and Voter Education Committee, said the Commission was compelled to take the step “in recognition of the fact that all major activities in the electoral process involve large gathering of people.

“These include the conduct of political party primaries, campaigns, stakeholders’ meetings, training and deployment of election and security personnel, movement of accredited observers and journalists, congregation of voters and other stakeholders at polling units, as well as the collation centres.”

And to further drive home its point, INEC, last week, suspended its regular activities nationwide, for two weeks beginning from March 24. This will however, be further shifted by a week following President Buhari’s 14-day lockdown of Abuja and the two other States.

During the two weeks suspension, INEC said it would only meet with its stakeholders “via non-physical contact channels. In addition, the Commission will no longer monitor the conventions, congresses, conferences or meetings of political parties until further notice.”

INEC said the health and wellbeing of its staff, officials and the general public are of paramount importance.

Mali has 18 confirmed Coronavirus cases, and just like in most countries, there were fears that the disease would spread.

Last week, Malian President, Ibrahim Boubacar Keïta, declared a state of health emergency and imposed a curfew from 9 pm to 5 am local time, and as well closed land borders. 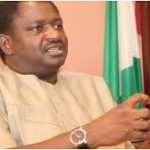 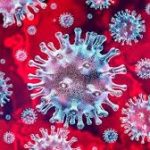