…Stands with Nigerians against Security Brutality

The Peoples Democratic Party (PDP) vehemently condemns the extra-judicial execution of an innocent Nigerian by the security operatives in Warri, Delta state, on Thursday.

The PDP also condemns reported brutalization of Nigerians in many parts of the country by security forces under the guise of enforcing the lockdown order to check the spread of COVID-19 pandemic in our country.

The PDP insists in a statement from the party’s Spokesperson, Mr Kola Ologbondiyan and made available to Global Upfront News (GUN) that such acts of violence against our citizens cannot be condoned or justified under any guise whatsoever.

The party calls on Nigerians to hold the Buhari Presidency and the APC responsible for the Warri killing as well as the reported brutalization of Nigerians, noting that such ugly situations would have been averted if the APC controlled Federal Government had heeded wise counsel by the PDP and other well-meaning Nigerians and made adequate provisions for social palliatives that cushioned the economic challenges of the lockdown.

The APC government had failed to shelve its political interests and heed good suggestions to implement calls to cut taxes, reduce fuel price and use the states and local governments to channel essential commodities to poor Nigerians whose means of survival comes only from their daily struggle on the streets and markets.

The APC government has also failed to constitute an Eminent Nigerian Group to administer the palliatives and eliminate all political and bureaucratic bottlenecks that are now encumbering easy flow of social panaceas, leading to poor Nigerians coming out to seek for survival on the streets.

The PDP further blamed the APC and its administration for emboldening acts of violence and extra-judicial killings by security operatives following their failure to bring perpetrators of such acts to book as even detailed in reports by various reputable international organizations including Amnesty International (AI), Transparency International (TI), European Union (EU), United States Department of State.

This is in addition to APC’s tacit endorsement of President Muhammadu Buhari’s usual directive to security operatives to “deal ruthlessly with” sundry offenders. Such statement is capable of being translated as license for cruelty and abuse of human rights by over-zealous security operatives.

The PDP invites Nigerians to continue to note how the APC has remained silent and failed to join in the call for provision of adequate social palliatives to the citizens as well as in demanding that killers be brought to book.

Moreover, the APC has not made any meaningful suggestion towards efforts to check the spread of COVID-19 in our country.

Such anti-people stance by the APC speaks volumes of the standpoint of the party on issues related to the wellbeing of Nigerians.

The PDP however stands with Nigerians and calls on the Military High Command to commence an extensive investigation into the Warri killing as well as other reported brutalization of Nigerians during the COVID-19 pandemic lockdown and bring all the culprits to book.

Furthermore, our party calls on Nigerians to remain calm and not despair over the COVID-19 pandemic and its associated challenges, noting that with the concerted effort of all, our nation will soon defeat the pandemic. 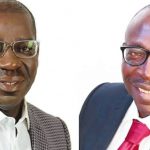