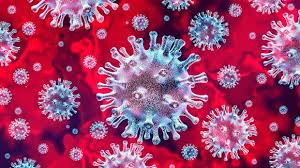 Also, a total of 25 patients have been discharged with Lagos State recording the highest figure of 24 and Ekiti, one.

The Nigeria Centre for Disease Control (NCDC) said in Tweet on Friday night that “Twenty new cases of #COVID19 have been reported in Nigeria; 11 in Lagos, 3 in the FCT (Federal Capital Territory), 3 in Edo, 2 in Osun & 1 in Ondo Two new deaths have been recorded in Lagos and Edo State As at 10:30 pm 3rd April there are 210 confirmed cases of #COVID19 reported in Nigeria.”

The two new deaths recorded on Friday that brought the figure to four were in Lagos and Edo States.

The death recorded in Lagos on Friday was that a 55-year-old man who was admitted to the Lagos University Teaching Hospital (LUTH), Idi-Araba, and that he died of COVID-19 complications. Unfortunately, the hospital discovered that the patient had COVID-19 after he tested positive to the virus when a Polymerase Chain Reaction (PCR) test was done on his blood posthumously.

A source stated that a fingerprint antibody test was done on him, confirming his COVID-19 infection and that he was a 55-year-old hypertensive and diabetic patient but was admitted to LUTH’s emergency unit on Thursday night with “malaise, tremors, and fever.”

The source noted that the 55-year old man was also diagnosed with acute chronic kidney disease and sepsis but that the man did not disclose his travel history nor the fact that that he had contact with someone who had travelled overseas.

However, when he developed complications, a junior doctor (Reg) at the Accident & Emergency Unit reviewed his case and notified the Senior Registrar of his suspicion. He died early Friday morning, and the Lagos State coronavirus emergency workers took away his body.

Meanwhile, weeks after the National Agency for Food and Drug Administration and Control (NAFDAC) approved the use of chloroquine for the clinical trial treatment of the virus disease, only Lagos States, which has registered high cases of recovery (24), is using the drug for clinical trial to find treatment for the virus.

NAFDAC’s approval came about three years after the Federal Government in 2017 banned the use of chloroquine and artemisinin monotherapy used in the treatment of malaria in the country.

The then Minister of Health, Prof Isaac Adewole, announced the ban during the World Malaria Day in 2017, stating that, “Doctors and nurses have been told that chloroquine is no longer useful and that it is wrong to prescribe artemisinin monotherapy.”

Director General of the agency, Professor Mojisola Adeyeye said on Friday that “NAFDAC is not approving chloroquine as a product that can be used for Coronavirus because there is no submission to us for registration, but because it is under clinical trials, NAFDAC approves medicines meant for clinical trials. Therefore, the medicine is being approved just for the clinical trials.” 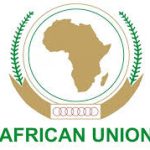