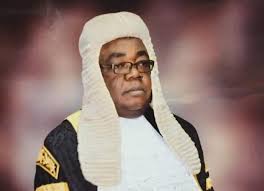 His Lordship, Hon Justice Chima Nweze, a Justice of the Supreme Court of Nigeria has unremittingly demonstrated that justice must not only be done, but manifestly seen to have been done. The learned jurist has in the recent times not relented in adopting holistic approaches while adjudicating on matters before him. Obviously, this exceptional character is apt and admirable. The apex court being the highest court of the land is under obligation to ensure that justice is not only done but apparently done.

The notion emanated from a leading English case by Lord Hewart CJ in R v Sussex Justices, ex parte McCarthy (1924) 1 KB 256, (1923) All ER Rep 233) on the impartiality and recusal of judges. The case is famous for its precedence in establishing the principle that the mere appearance of bias is sufficient to overturn a judicial decision.

No doubt, Section 235 of the 1999 Constitution of the Federal Republic of Nigeria as amended bars the Supreme Court of Nigeria from reviewing its judgments under normal circumstances. However, the constitution never envisaged a situation where monumental errors would be made in the course of a judgment by the Justices of the Supreme Court. This is the critical point. The drafters of the Constitution didn’t envisage a situation that played out, hence, ought to be categorized as a lacuna.

Order 8 Rules 16 of the Supreme Court also provides that “the court shall not review any judgment once given and deliver by it, save to correct any accidental slip or omission or to vary the judgment or order so as to give effect to its meaning or intention. The judgment or order shall not be varied when it correctly represents what the court decided nor shall the operative and substantive part of it be varied and in different form substituted”. The word ‘accidental’ which presupposes ‘unintentional’ protects their Lordships to redress their errors when obvious as in the recent developments.

Prominent among issues in contention by the applicants was absence of fair-hearing to the applicants which is sufficient for the apex court to set aside any judgment of the lower court. Could the apex court turn around to accept the same factor it often frowns at in any judgment? This therefore amounts to a contradiction, and colossal omission which ought to be a ground for review of judgments according to its rules.

Again, the ultimate goal of legal system is justice. If the justice is no longer guaranteed after patiently pursuing a matter up to the apex court, it means the society will be in jeopardy. The ugly implication of failing to look at the scenarios as Hon Justice Chima Nweze did is that the society may lose confidence in the system since an error clearly identified could be ignored and endorsed.

The counsel to the applicants, Aare Afe Babalola (SAN) and Chief Wole Olanipekun that filed the applications for judgment reviews were chastened and fined on account that review of apex court judgments is unconstitutional. But the question is; could such visible errors be endorsed so as not to offend the constitutional provisions? This is where Lord Hewart CJ’s postulation would have been considered as a guide. The maxim is a legal principle and not for mere recital.

Any monumental errors that pointed to injustice will certainly do more harm than good to the society at large in future knowing that a judgment of the apex court is a binding precedent to all courts in the country. Those that rejoice over the predicaments presently for political reasons may in turn be the ones to cry foul tomorrow. A situation where the people cannot have confidence in the judiciary is a pointer to a failed society.

Obviously, the Supreme Court lost a golden opportunity to redeem itself from the colossal errors. What it implies now is that Justices in any panel of Supreme Court can give whatever judgments they like and back it with the Constitution. This is indeed taking the nation backwards. Even if it mistakenly addressed a male as female, it will stand. In other climes, apex court live above boards and from their actions build public confidence.

For example, the next political dispensation is fast approaching. The great challenge is how political parties will manage the crisis in disqualifying aspirants with affidavits for change of names which is hitherto not an issue. By mere fact that a person has in possession sworn affidavit from the court of law for change of name legalizes the action. Incidentally, by the judgment of the Supreme Court which disqualified a candidate for change of names, many aspirants to public offices may have issues in future.

As it stands, the All Progressives Congress (APC) governorship running-mate in the recent election, Biobarakuma Degi-Eremienyo who was disqualified by Justice Mary Peter-Odili led five-man panel of the Supreme court may likely not be cleared by any political party to fly its flag as a candidate in future. It therefore implies that his political career has been ruined for a lifetime. This is despite the fact that fair-hearing was allegedly not given to the victim which is a fundamental right available to all citizens.

The most dangerous signal is that people may likely, lose confidence in the judiciary having allowed a detected wrong to survive. Prior to the scene, masses believed that Supreme Court cannot allow such noticeable errors even after the strange judgments came, and luckily, applications for reviews were filed. The apex court would have rectified the errors to avoid making the legal system appear as ‘anything goes’. The objective of legal system is fairness, and where it is no longer obtainable, other options may become viable alternatives.

Obviously, ignoring a detected fundamental error is a blunder. In fact, reviewing the matter under a doctrine of necessity would have saved the face of the judiciary and restored its dignity than knocking out the applications on account that the apex court cannot review its judgment. As the highest court of the land, judgments of the Supreme Court must reflect justice. Otherwise, there will be no difference from lower courts. It would have been a different ballgame if the errors were not detected and no applications filed for reviews.

The salient question is, did the Constitution envisage that a panel of Justices would make fundamental errors in the course of judgment? And the compelling one is; what is the fate of the disqualified running-mate, Degi-Eremienyo for future political aspirations? As a citizen, he deserves protection and fairness too. Perhaps, these two questions impelled His Lordship, Justice Nweze to critically and extensively look at the scenario beyond the present day repercussions in a dissenting judgment. A big thumb up to Your Lordship! 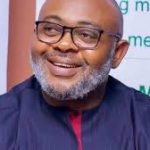 5G and COVID-19: The Technology, Conspiracy and Ignorance 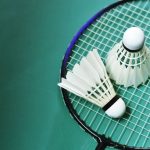 Next year’s Badminton World Championships to be rescheduled

Insecurity In Nigeria: Is Anyone Safe? By Gbubemi Atimomo

Independence Anniversary: Celebrating Two of a Kind – A Nation & its Defence Minister