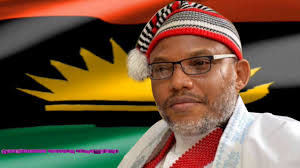 Leader of the Indigenous People of Biafran (IPOB), Nnamdi Kanu has again alleged that the military resources of the Nigerian Army are being diverted to “criminal rogues” killing innocent civilians in Igboland and other parts of Southern Nigeria.

In a letter he personally signed, Kanu said the recent boasting by Nigerian soldiers in Warri, Delta State to rape women in the area shows how such military resources are being used against Southerners.

He lamented that weapons made available to Nigerian military to tackle criminal elements like Boko Haram and Fulani herdsmen were allegedly diverted to those who are killing and maiming people in the South.
Parts of the letter reads “Weapons supplied to Nigerian Army by USA, Britain, Israel & Iran in the name of fighting Boko Haram and other forms of Fulani terrorism are instead being diverted to the South, especially Biafraland, where the same weapons are used by both the Nigerian army and Fulani terrorist herdsmen to slaughter defenceless innocent Biafran civilians.

“Let no foreign Mission in Nigeria, Embassy in Abuja, commentator, e-rat or avid one Nigeria supporter pretend they did not hear these diseased Nigerian soldiers openly boast of raping and infecting our mothers, daughters and wives in Warri with HIV-AIDS.

“Let no law maker in the US, UK or EU claim these damning videos are events in Cameroun, Ghana or Mozambique as the lying Femi Adesina would have them believe. “These videos taken in Warri Delta State are clear proof of what Nigerian soldiers are doing with the weapons supplied by civilised countries to combat Boko Haram.

“Is Nigeria fighting Boko Haram with it? Are they combating Fulani terror herdsmen with it? The answer to both is resounding no. Nigerian army theatre commanders in Borno regularly appear on videos to complain about lack of guns and soldiers to fight Boko Haram. The same guns and soldiers equiped by US, EU and UK are on a killing spree in the south where unarmed hungry civilians were merely asking for food for their children.

“This is the monster called Nigeria that Britain created by inhumanely herding together culturally diverse, ethnically distinct nations into one abominable political contraption. Warri people asked for food but they got bullets in the head instead and HIV infected mothers and wives. Is this the type of country Britain, US and EU want fellow human beings to live in? God forbid!”, Kanu further complained.

He alleged of a plot to overrun the South of Nigeria when he said, “most people are now beginning to reason that these frequent massacres of Biafrans by Nigerian soldiers on one hand and Fulani terror groups on the other are not random incidents but part of well-coordinated and premeditated plot to reduce the population of Judeo-Christian south in preparation for the violent conquest by Islamic core North.”

Kanu urged the civilized world to show worry about what is happening in Nigeria saying, “that civilised nations are standing idly by as southerners are being brutally slaughtered on both sides by murderous Nigerian soldiers and a myriad of Fulani sponsored terrorist groups is unfathomable. The only solution is dissolution of Nigeria, the only avenue is popular resistance by the masses in the south”, stated.

The letter was copied to many world leaders and many international bodies such President Donald Trump of America, Prime Minister Boris Johnson of Britain, the EU, among others. 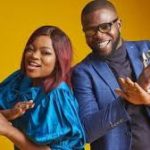 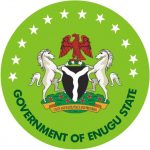