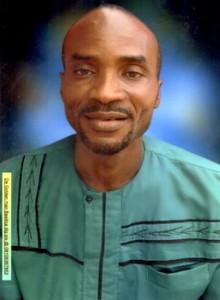 In today’s world, we have many different religions, such as Taoism, Shintoism, Hinduism, Buddhism, Islam, Christianity, and others. Christianity, we all know, is one of the major religions in the world. It is believed, and with verifiable proofs, that Jesus Christ was the founder of Christianity. Today, billions of people(s) living on earth are adherents of the Christian religion. From America to Europe, from Asia to Australia, and from India to Africa, we have people who profess the Christian faith. In Africa, Christianity and Islam are the two predominant religious faiths, although millions of Africans, who are Christians, hold eclectic religious beliefs.

However, both Christians and non-Christians join Christians to celebrate such Christian festivals as Christmas and Easter. Christmas is the most popular and widely celebrated religious festival in our today’s world. In many countries, yearly, a week-long holiday is declared for the celebration of Christmas, the commemoration of Jesus Christ’s Immaculate Conception.

In the order of popularity of Christian festivals, following Christmas is Easter. Easter is about the death and resurrection of Christ, our messiah. The prophets of old had precognition or foreknowledge about the birth and death of Jesus Christ, which they made public. These Biblical prophecies are contained in the Old Testament books of the Bible. Jesus Christ, the only begotten son of God, was sent to the world to become   the ransom for our sins through his death on the cross. His death on the cross as well as resurrection is the reason for the celebration of Easter.

Then, during Jesus Christ’s earthly ministry, the Jews thought Christ’s teachings to be heretical, blasphemous, and revolutionary. His teachings were designed to upturn the moral order of the world, then. That accounted for his death on the cross of Calvary in fulfillment of the Old Testament prophecies about him. He was impaled on the cross between two robbers, spat on, and mocked. However, his death has not led to the stoppage of the propagation of his teachings, which he espoused. He brought to us the messages of holiness, forgiveness, repentance, eternal life, and love. But we should note that the doctrinal teachings of Jesus Christ, our messiah, are predicated and hinged on love.

However, sadly, now, love has become a very scarce commodity on the face of the earth. Love, a sterling virtue, is non-existence among even Christian clerics and adherents of Christianity. A former governor of a northern state in Nigeria, who happened to be an Anglican priest, is serving time in jail for corruptly-enriching himself at the expense of the people. It’s not love for his people that motivated him to loot his state’s treasury, thereby impoverishing them.

And Christians have ceased to be their brother’s keepers. Many people that are put in the dock and charged with sundry crimes like rape, kidnapping, armed robbery, and murder are supposedly devout Christians. Now, most Christians are known for their self-indulgence and love for hedonism. Self-restraint is not for them. So, when the bell clanged, asking people to stay indoors for their safety in the wake of COVID-19 pandemic, the fun-loving hedonists in Italy and Spain did not immediately heed the call. Yet the Bible has admonished us to obey the leaders of our earthly governments as they are instituted and enthroned by God, the overall sovereign of the entire world.

Now, a pall of darkness is cast over the earth owing to the corona virus pandemic, which is ravaging many countries of the world. The death tolls of victims of Covid-19 are still rising exponentially in countries like USA, Italy, Spain, and Britain. Boris Johnson, the British Prime Minister, who has acerbic tongue, is laid up in bed battling the corona virus disease. Thankfully, he has got out of the touch-and-go condition in which he was.

So, it is an indisputable fact that our world is in a somber mood, and the earth is dreary. The cities of the world are emptied of humans and the sirens of ambulance cars and hearses blare plaintive notes, reflecting the mood and the condition of our people and the earth. Unlike the previous Easter celebrations, during this Easter celebration, millions of people will not gather in churches to listen to their priests dish out the Easter homilies to them. Rather, they will watch their Reverend fathers, Anglican priests, and pastors teach and preach about Easter on the screens. The fact is that the earth is sick, and death in the form of Covid-19 is stealthily roaming abroad on the earth’s face, seeking whom to kill.

But, even in the face of this eerie situation, the significance of Easter is not lost on us. We are still conscious of the fact that Jesus Christ died for us in order that we might be saved. Jesus Christ the son of God who is at par with God the father and God the Holy Spirit chose to be our redeemer.

The redemptive power of his death on the cross of Calvary can be appropriated by his followers, who adhere strictly to his teachings and commands. The Bible states unequivocally that those who exercise faith in the redemptive power of Christ’s death on the cross and resurrection and obey his commands shall enter heaven upon their earthly demise. So, our commemoration of Easter in this somber    period and trying times is a reiteration of God’s promise that Jesus Christ’s followers will enter paradise when they die.

This piece, however, is not eschatology of death and the hereafter. Nevertheless, we can appropriate Biblical teachings and commands to re-set the world’s moral code owing to the influence of the major religions, especially Christianity, on billions of people who live on earth.

Now, many countries have adopted and executed pragmatic measures to stem the tide of the viral apocalypse (COVID-19), which has seized our world. Laws are made to restrict people’s movement within their localities, international flights are banned, and people are compelled to practise social distancing. Insularity has been imposed, wily nilly, on the peoples of the world.

We are hopeful that the corona virus pandemic will certainly run its course and end. And we shall return to our old and convenient ways of doing things.

So, as we celebrate this year’s Easter festival within the confines of our rooms, I urge you to re-dedicate your lives to God, imbibe the significance of Easter, and abide by the World Health Organization’s guidelines for the eradication of the Covid-19 from the face of the earth. 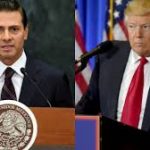 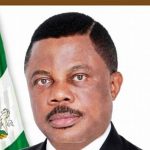