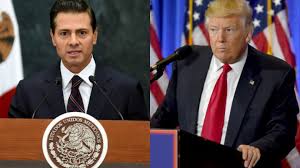 President Donald Trump said on Friday that the U.S. would cut oil production in order to ‘help Mexico along’  as part of a multi-national effort to boost prices.

He said the U.S. action was intended to help Mexico avoid even greater cuts to its own oil production, as part of an effort being negotiated with the international OPEC oil cartel.

‘I agreed to pick up some of the slack, and they would make up what we are doing at a later date,’ Trump told reporters at Friday’s White House press briefing on the coronavirus.

The president did not specify exactly what the U.S. would do, but indicted it wouldn’t cost the U.S. economically.

We are trying to get Mexico, as the expression goes, over the barrel,’ he said.

The potential action is part of a global deal to shore up slumping crude oil prices, which plummeted after Saudi Arabia boosted production in a move meant to hit back at Russia for its moves. Trump said the details had yet to be worked out, but showed optimism.

‘We’re working on it. I think eventually it’s going to work out,’ he said.

Pressed for details, Trump responded: ‘There’s no real cost because we’re agreeing to produce a little bet less.’ He said the oil would remain in the ground, which is cheaper than pumping it and replenishing the nation’s strategic reserve.

‘You have it for another day,’ Trump said.

‘It doesn’t cost us anything and yet it’s very valuable,’ Trump said. ‘We will be reimbursed in the future … in a certain way, and it’ll be fine.’

The potential agreement seeks to put an end to a Russian-Saudi price war that contributed to a market collapse.

Trump promised repeatedly during his campaign that Mexico would pay for the border wall on the southern U.S. border. Instead, he resorted to congressional appropriations and taking money earmarked for other areas, although Trump claims tariffs are paying for the wall.

His comments suggest that Trump could be considering an unprecedented effort to orchestrate a production cut in the United States, historically the world’s most vocal proponent of the free market.

‘What I thought I would do, and I don’t know that it is going to be accepted, we’ll find out, the United States will help Mexico along and they’ll reimburse us sometime at a later date when they are prepared to do so,’ Trump said during a White House briefing on the coronavirus.

Trump said he spoke to Mexican President Andres Manuel Lopez Obrador about the issue on Thursday.

‘And we had a great conversation and we’ll find out how that all works out,’ Trump said.

The group of oil producers known as OPEC+, including Saudi Arabia and Russia, had hammered out the framework of a record oil cut on Thursday to lift oil prices slammed by the coronavirus crisis. But efforts to conclude the deal had hit the barriers when Mexico refused to sign up to a 400,000-barrel-per-day cut in full.

President Lopez Obrador said earlier on Friday that Trump had agreed help out by cutting additional U.S. output after Mexico offered OPEC+ a cut of just 100,000 bpd, a quarter of what the group demanded. He said Trump ‘very generously said to me that they were going to help us with the additional 250,000 (bpd) to what they are going to contribute.’

Trump had been a vocal proponent of global supply cuts, seen as crucial to saving the U.S. drilling industry from collapse, but has resisted calls that the United States also orchestrate a reduction in supplies – saying U.S. drillers were already slowing their output for economic reasons.

U.S. laws forbid companies from colluding to reduce supply and raise prices, but does not prevent the government from ordering such supply reductions. 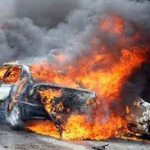 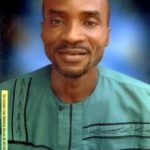 PDP Crisis: “I Am Strongly Connected With G-5 Governors, Though They Excommunicated Me,” Declares Bauchi Governor

The Danger In Tinubu’s Muslim-Muslim Ticket