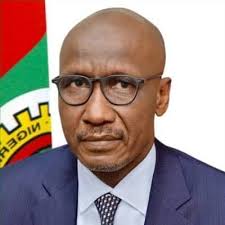 Group Managing Director of the Nigeria National Petroleum Corporation [NNPC] Mele Kolo Kyari’s statement last Monday that “fuel subsidy in Nigeria is gone forever” could turn out to be the most important socio-economic policy move of the 5-year-old Buhari Administration. Or maybe it was not. Speaking on an AIT television program, Kyari said, “There is no fuel subsidy anymore in Nigeria.

It is zero subsidy forever. Going forward, there would be no resort to either fuel subsidy or under-recovery of any nature. NNPC will play in the petroleum marketplace, just like another marketer in the space. But we will be there for the country to sustain the security of supply at market price.” The background to this statement was last month’s reduction of domestic petrol prices in response to the drastic fall of oil prices in the international market.

Oil prices have fallen by more than two thirds this year, partly due to the COVID-19 crisis and partly due to the Saudi Arabia-Russia oil price war. Since almost all the fuel for our domestic consumption is imported, NNPC reduced the price of petrol from 145 per litre to N125. It further reduced it to N123.5 per litre.

The question on everyone’s lips was, what will happen when oil prices recover, as they have begun to following a resolution of the Saudi-Russia dispute? The obvious answer is that domestic fuel prices will rise with them, unless if our refineries could step in to supply refined fuel, which is not on the cards. What then happens if oil prices approach, regain or even exceed their former level above $60 per barrel? At that price level, the government through NNPC was subsidizing domestic prices by huge amounts.

The Buhari Administration does not call it subsidy because Buhari personally denied the reality of subsidy when he was campaigning for election. Instead, it calls it “under recovery” by NNPC, the only agency that imports fuel, the private oil importers having long backed out due to the confusing nature of the pricing regime.

Last year, NNPC under-recovered N700 billion in oil imports, a tidy sum that should have gone into the Federation Account. In terms of transparency, this arrangement is no better than the previous one of voting billions for payment of subsidy to importers. Maybe that was why Finance Minister Zainab Ahmed said last October that N450 billion will be provided in the 2020 federal budget for fuel subsidy.

Mele Kyari’s statement however indicates that from now on, domestic fuel prices will be calculated from a template that excludes subsidy or under recovery, however so-called. That is to say, if import costs are such that domestic prices have to go beyond the old N145 per litre, they will do so. It makes economic sense but politically, oil subsidy is the single most volatile socio-economic issue in Nigeria.

If the Buhari Administration wants to end it [as the Jonathan Administration unsuccessfully tried to do in January 2012], it should say so very clearly and it should do so when the situation is back to normal. The NNPC GMD is a very important public officer but this kind of policy should be announced by the Finance Minister or even the President. Nothing is more emotive to labour and to Nigerians generally than this. Was Kyari told to fly a kite so that government will back out when trouble looms?

For years, we have agreed with government and economists that spending hundreds of billions or even trillions of naira to subsidise domestic fuel consumption is national profligacy in the extreme. However, a decision to end it should be done openly and transparently. It should be announced at the highest level of government. And it should be done when the situation normalizes, not in this ambush manner. 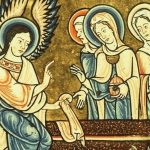 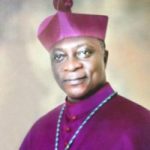 Burkina Faso: Another Coup Too Many, Daily Trust Editorial Of October 14, 2022