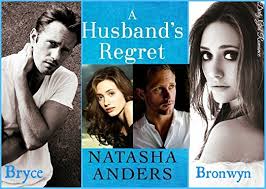 What do you mean, you’re pregnant? What about your studies? We were going to wait, Bronwyn, remember? Just tell me you’re joking?” Bronwyn felt her husband’s furious words strike her like boulders. She stared up into his livid face and didn’t recognize the man standing in front of her. He was shocked, that was all. He was thrown by her news. Her words would sink in soon enough and he’d go back to being the man she adored, the wonderful man to whom she had entrusted her heart.

She just needed to give him time to get over his shock. The more she tried to rationalize his inexplicable reaction to what should have been joyous news, the more the insidious little voice in the back of her mind kept telling her that she was lying to herself. This was a side of Bryce that she had never seen before—one that he had never allowed her to see—and she was terrified of what that said about their two-year marriage.

“I know that it’s sooner than we’d planned,” she said softly, trying to maintain an even tone of voice. “But this is the reality of our situation now, and it can’t be changed. We’re having a baby . . . a baby, Bryce. Don’t you get how wonderful that is?”

“But it’s our baby. We made it together,” she protested, trying and failing to keep the pain and confusion from her voice. She tried to find a glimmer of her kind and loving Bryce beneath the mask of anger and frustration that he was displaying, but he wasn’t there. She wondered if he had ever been there.

“You mean you made it, without my consent.” He could barely meet her eyes, and she was grateful for that because the tears that she had been struggling to keep at bay were finally winning the battle.

“I don’t know why you’re being like this,” she cried. “I didn’t plan this; it just happened. Our birth control failed. I asked the doctor and he said that if I’d had a stomach virus or anything like that it could have provided a window of opportunity. And remember? I was sick a couple of days before your company party three months ago.” He strode out of the conservatory without a word and she followed him as he made his way downstairs to their en suite. She watched in sick disbelief as he opened the medicine chest and yanked out her birth-control pills.

“What are you doing?” She tried to maintain her composure as he counted the pills left in the box and felt the hope that she had been clinging to shrivel up into a tiny ball inside her chest and die. She felt nauseated as she watched the man she had married turn into a monster right in front of her. Slowly the confused mortification turned to fury. How could he do this to her? How could he humiliate her like this?

“God, have you been chucking pills down the drain every night?” he wondered out loud, and she found herself almost hating him for asking the question.

“You know I wouldn’t do that.”

“Of course you know me, Bryce.” She tried to appeal to the reasonable man who had to be in there somewhere and laid a tentative hand on his rigid forearm, but he yanked his arm away and turned away from her.

“Get out of here,” he whispered harshly, and Bronwyn felt something give way and break at those four words.

“What?” She must have misheard him. Still she tried to give him the benefit of the doubt.

“Get the hell out,” he said before turning to face her. Bronwyn tried not to flinch when she saw his face. There was nothing there—no anger, no regret, just a blank mask. She didn’t know this man at all. “Go now.”

She sobbed, whirled from the room, and did as he had commanded. She fled. 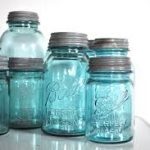