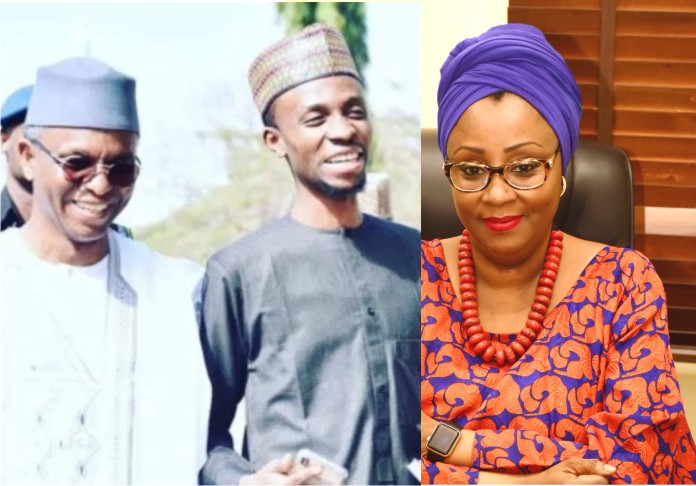 …..As Nigerians calls for his prosecution.

The wife of the embattled Governor of Kaduna State  Hajia Hadiza El-Rufai who joined the fray in defence of the son, Bello, over the threatening tweet in reaction to a Twitter  has apologized for failure to immediately scold her son for threatening the mother of a Twitter.

She said: “I would never condone sexual abuse in any shape.”

Global Upfront Newspapers (GUN) however notes that the Governor’s wife and mother of Bello remained  silent on the son’s abuse on the Igbos as he perceived the Twitter to be an Igbo person, which was not.

Hajia El-Rufai, whose Governor husband, Nasir El rufai is currently under quarantine having tested positive of Coronavirus (COVID-19) had helped to aggravate the matter after many credible Nigerians called for apology and the pulling down of the tweet when she tweeted that the son being a Dad’s boy is not used to condoning nonsense.

Angry social media activists are however saying that the apology is not enough and late in coming, that Bello should be prosecuted.

Defiant and unbending as ever, Bello has refused to withdraw the several derogatory comments made by him despite the condemnations and outrage it is generated

Bello El-Rufai had said in a tweet which he later deleted when the torrents of condemnations started coming in:

“I stand by every word and enjoyed (sic) dealing with whoever came at me. The words were carefully chosen. In court, rape is key to the case. So don’t worry, all is well. Our image has always been dented to those ones. They will never like us and we are perfectly fine with that.”

Mrs Oby Ezekwesili, former Minister of Education and main face of the #BringBackOurGirls Campaign, has scolded Bello, calling him out for threatening to rape the mother of someone who disagreed with him on social media.

Mrs Ezekwesili, a former World Bank Vice President, also asked Bello to apologize for making such acerbic comments laced with tribalism. But instead he abused the former Minister

An ally of Governor El-Rufai when they worked together as members of the Federal Executive Council under President Olusegun Obasanjo, Ezekwesili tweeted: “Did I just see horrific tweets from your handle threatening gang-rape? What was that? Why the ethnic vitriol toward Igbos? What’s that, Bello? Too tragic! You need to not just immediately apologise for those vile tweets but get into an anger management program quickly.

“I have maintained that we can disagree without being disagreeable. We can object without being objectionable. Healthy debates and divergences that arise are important for democratic development of societies.”

Trouble started after Bello took to Twitter to insult United States President, Donald Trump, over the handling of the COVID-19 pandemic.

Bello said: “There is nothing as radioactive as an incompetent leader during a time of crisis. The United States of America is a case in point. A few states in Nigeria too.”

However, a Twitter user named Consigliere with the handle @oewonah, said Bello should rather focus on Nigeria’s President Muhammadu Buhari.

Consigliere wrote: “He (Bello) can’t call Buhari out for his ineptitude yet he’s calling Trump names? Did he vote Trump?”

El-Rufai’s son, however, decided to rain expletives on the man who disagreed with him and also insulted his ethnicity.

He tweeted: “Tell your mother I’m passing her to my friends tonight. No Igbo sounds please! Tueh.”

Not done, the younger el-Rufai sent a private message to Consligiere, saying it was obvious that he was attacking Buhari because he is Igbo.

Bello further stated that Buhari was completing the Second Niger Bridge in the South East, a feat which former President Goodluck Jonathan could not attain despite being supported by Igbo.

He also insulted the leader of the Indigenous People of Biafra, Nnamdi Kanu, tweeting: “Your mother is the main whore of the South East. I can’t reply you publicly. F**k Kanu and take a picture of the Second Niger Bridge, thanks to Buhari. My mentions are mine. If a Sunday bastard makes up lies and drags my father, his mother will be games. If he doesn’t want it, he shouldn’t mention me. The crowd has never phased (sic) me.

“Truly your mother’s son. Does she still earn by earning 2,019 naira per suck on Azikwe Street, Aba LGA? Tell her to wear mask and gloves while doing it due to this pandemic. This daddy’s boy has heard your mother ability to take d**k is mind blowing. Especially one dipped in kerosene from Abia land. Sounds about fair. Despite the ineptitude, he is completing a bridge your Ebele couldn’t. You are stuck with PMB and can’t do shit. How’s failed daddy?”

The outburst sparked outrage on Twitter with Bello trending at number one.

The person whose tweets Bello was directed at, expressed shock at the insults, explaining that he wasn’t even Igbo.

However, the debate became more interesting when Bello’s mother, Hadiza, who is a Women’s Rights advocate, was tagged.

Mrs. Hadiza Isma El-Rufai, however, defended her son’s outburst, saying: “Don’t @ me. Sow the wind, reap the whirlwind. All is fair in love and war.”

Her words generated criticism as many saw it as a justification of what her son tweeted. Asked to clarify her position, she said: “The point I tried to make is for people not @ me. Why should they? Responding to insults on Twitter is fair. I stand by that. I had not gone through the tweets because it’s really none of my business, so didn’t know the details. He’s an adult not child, after all.”

However, in another tweet by 1:08pm, she appeared to have backtracked when she wrote, “When I posted the tweet below (referring to the first tweet), I assumed it was just the usual Twitter gbas-gbos. Having read the tweets chronologically, I have had conversations with Bello. Never ever should sexual abuse be employed as ammunition in public/ private exchanges, no matter the provocation.”

However, the Abuja-based lawyer added that, “these laws might be affected by territorial jurisdiction because it is my legal argument that the provisions of the above laws specifically those concerned sections only relate to Abuja, FCT as crimes in this respect, are under the residual legislative list. So, there must be the need for the police to carry out necessary investigation into the matter.” 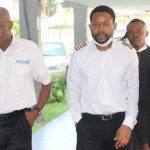