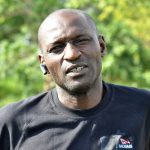 By Taofeek LAWAL
An ailing Para Powerlifting Coach, Fatabiri Gbassa, has called on government, sports authorities, rich individuals and Nigerians to rescue him from a yet to be diagnosed ailment which has stalled his career as a coach.

Gbassa, a coach with the Bayelsa State Council, who has been bedridden for over two years, has now reached out to Nigerians to come to his aid.

Gbassa, who is a 2009 National Institute of Sports (NIS) Lagos trained coach, was involved in a ghastly motor accident some years back which resulted in one of his legs being amputated back then,

“E don tay when I no fit waka again. I no fit remember again.Make this sickness go. I don suffer too much. Wetin I want now na treatment, abeg make una help me”, he cried out,” he was quoted as saying.

Victoria, Gbassa’s spouse, has also cried out for support from government and Nigerians.

“As you can see he needs urgent medical attention. Going to the hospital requires lots of money and for now I don’t have that kind of money. He has not been able to walk for about four to five years now. Initially, he could walk, once you give him the wheelchair he could stand by himself and sit. But at a point in time, he couldn’t even stand up from the bed again, especially since we moved into this house over two years ago. I am now in one debt or the other.

“I have five children, only one of them is in the polytechnic, the other write JAMB and passed very well, got admission at the University but I couldn’t afford to train both of them at the same time so she has to step back. She still took JAMB again this year while the other is in secondary School. I just need help. I appeal to government and well-meaning Nigerians to help us. I just hope God will do something”, Victoria pleaded. 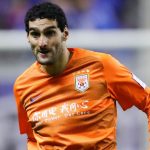