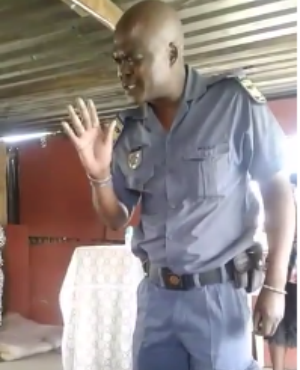 A Police officer in South Africa has been hailed online, after being spotted in a viral video praying before arresting a Pastor who defied a lockdown order issued by the South African government.

The Pastor was arrested for holding a church gathering when mass gatherings have been prohibited during the lockdown, which took effect from midnight on Thursday, March 26.

The Policeman who first outlined why the Pastor has to be arrested, also rebuked him for disobeying South African and global laws and “misleading God’s children.” He then went on to say a short prayer before saying the Police will be arresting the Pastor in the name of the “Father, Son and Holy Spirit.”

Police spokesperson, Brig Vishnu Naidoo confirmed the incident and he said it occurred in Phumulani community of Alberton on Sunday afternoon. Naidoo said the Police responded to a tip-off about a church service under way, and they met the Pastor preaching to the congregation.

“The Pastor requested to pray for our members before they arrested him. Instead, the sergeant decided to say his own prayer before arresting the Pastor. The Pastor was then arrested and taken to the [Alberton] Police station where a case docket was opened.

“He was charged with contravening the regulations and was later released and warned to appear in the Germiston magistrate’s court on July 3 2020.” 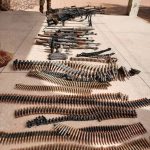