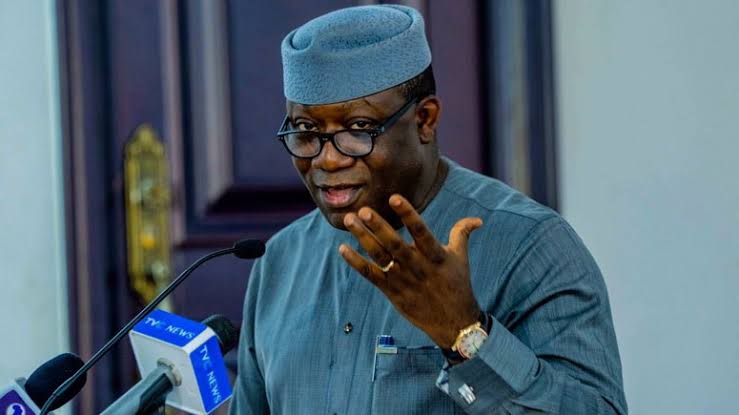 A Nigerian father created a dramatic scene with his son who recently returned home from Lagos, the epicentre of Coronavirus (COVID-190 in the country.

The incident, captured on camera, is already one of the top trending videos in Nigeria.

The man who is reportedly a retired Federal Road Safety Corps (FRSC) officer, had asked his son to stay back in Lagos till the Coronavirus outbreak is curbed.

But he came home in spite of his warning.

Upon arriving Ekiti from Lagos State, the boy’s father insisted that he must get tested for Coronavirus or get isolated for 14 days before being allowed into his house.

He added that he doesn’t want to be part of those that will complicate Coronavirus issues in Ekiti State, just like the 29-year-old pregnant community health worker who died from Coronavirus after sneaking into the State from Lagos state where she works.

Meanwhile, the Ekiti State government has commended the father, with Aare Muyiwa Olumilua, State Commissioner for Information and Values Orientation saying that the father’s action epitomises selflessness and confirmation of the spirit of their people.

The full statement by the Commissioner reads: “The attention of the Ekiti State Covid-19 Taskforce has been drawn to a video clip in circulation where a man refused to allow his son, who just returned from a trip outside the state, into his house until he had been isolated for 14 days as stipulated by NCDC protocol for preventing community spread of COVID-19 in Ekiti State.

“The Task force commends Mr Femi Adeoye, for refusing to cover-up his son’s travel history and for denying him access into the house without confirming his COVID-19 status. Mr Adeoye epitomizes the Ekiti ethos of selflessness, which places greater premium on the collective good of the society above personal and emotional considerations. This is the core of the Values Orientation policy of the Fayemi-led Administration.

“We also consider it necessary to inform members of the public that the video was recorded about four days ago, by one of the security men attached to the Fajuyi Pavilion, where the Enforcement Taskforce uses as its base for coordination of daily operations. The security man who recorded the encounter is neither a health worker, nor qualified or authorized to determine the health status of the young man.

“So, none of his actions or misstatements reflect the capacity or preparedness of the State Taskforce to combat the COVID-19 virus. The officer in question Page 1 of 2 has been suspended pending further investigations, for acting outside the jurisdiction of his scope of authority.

“Following the encounter, the young man has been in the custody of the State for the past 4 days, and has since been taken to one of the designated quarantine centres, where he would be for 14 days, in line with laid down procedure that dictates that anyone who sneaks into the State, would be quarantined for fourteen (14) days, at their own cost. His samples will also be taken for testing in order to ensure he has not been infected in the course of his travels to high incidence areas of the country.

“We implore members of the public to emulate the patriotic zeal of Mr Adeoye, and promptly report to the Ekiti State Covid-19 Taskforce, any out- of-State traveler who sneaks into their neighbourhood, or places of abode. This is to safeguard against the likely health hazard that such returnees portend for the larger society.” 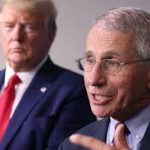