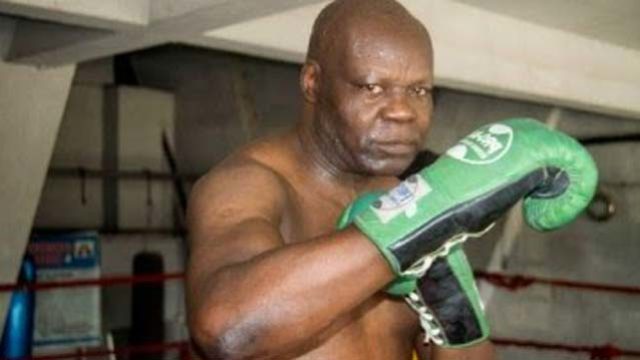 *reveals names of his proposed opponents

Bashiru Ali (OON), 64, popularly referred to as Bash Ali, had for more than a decade now wanted the Nigerian government to bankroll his world title fight to become the oldest boxer in history not just to win a title fight but to put Nigeria’s name in the revered Guinness Book of Record.

Ali, who started his boxing career in the United States in 1978 and has won many titles, in this interview with Taofeek LAWAL, said he rejected mouth-watering offers to stage the fight outside Nigeria because Nigeria has a lot to gain in terms of huge revenue the fight will generate through the pay per view television.

World champion, you have been on this Guinness World Record proposed title fight for more than 10 years now. Nigerians want to know if you are still interested in the Guinness title fight or you have given up?

Of course, I am still interested and will never give up.

It is a long life dream. I want to do something that no man has ever done to prove to the world that I am an extraordinary human being. I have been at it since the Federal Government first inaugurated the Bash Ali Boxing Project LOC on November 9, 2006 and again on January 7, 2014 and again on May 21, 2019. All these inaugurations would also be in the Guinness World Record Boxing Book as the most for a world title fight.

Despite all these inaugurations, nothing positive has happened because of corruption and bad administration and because I have the guts for saying no to both. I want to break the jinx that says you cannot succeed in Nigeria unless you are corrupt or give bribe.

What is Nigeria going to gain from the fight?

Does that not tell a lot about the benefits to Nigeria in particular and Africa in general? This historic fight would be shown live on pay per view TV (PPVTV) in 132 countries and is estimated to be watched by an audience of between 15 and 20 million people at the rate of $100 each.

Nigeria shall get unprecedented level of positive publicity which is what all the countries in the world are looking for. A Nigerian will be in the Guinness World Record Book as the oldest to defend his world boxing title and to win another title. Part of the PPVTV revenue would be used to build five Sports Academies across Nigeria with Olympic size swimming pool at the rate of $20m each.

The FG will earn $750m minimum from tax and above all, the whole world will be in Nigeria for this historic fight. You should know what that would do for the economy. It would also help to give Nigerian athletes an avenue to exhibit their talents and make big-time money in the process and also create employment for non-athletes. On November 21, 2019, I was offered 50m euros to fight in Germany or in Dubai but I turned it down because I want to fight in my country, Nigeria.

Do you think you still have the strength because at over 60 you are no more a young person?

This is what the world wants to see; a 64 years old man fighting a young strong man. It is beyond sports. It is beyond human comprehension. It is beyond this world. It is unbelievable so this is why the PPVTV revenue would be huge. Everybody would love to see this black Nigerian commit suicide (laughs), it is big. It is huge. It is massive.

I can’t wait for this Coronavirus palaver to be over so we can start the organization and the planning to host this historic fight. And don’t forget that I did not design it this way. I would have fought this historic fight long time ago but my country delayed me because I say no to corruption and bad administration. If I had agreed to share money with the corrupt government officials I have met during this struggle, I would have had this historic fight and many more title defence.

Who are you speaking to about sponsoring event of this magnitude?

The FG has put together a team of competent group which consist of banks, public and private sector and others to make this dream a reality but the ministry which is supposed to supervise because it inaugurated the LOC has always been the problem because of corruption and bad administration. This is why the FG inaugurated the LOC which has always had Mallam Abba Kyari, the late Chief of Staff to the President as a member of the Bash Ali Boxing Project LOC.

It is sad that Nigeria loves to waste talents. On October 15, 2019, President Muhammadu Buhari not through his then Chief of Staff (COS), Abba Kyari, for reasons best known to him but personally directed the Minister of Sports, Sunday Dare to meet with me to discuss how to successfully host in Nigeria without corruption in my historic fight.

What support have you got from the Minister of Youth and Sports Development, Sunday Dare?

I met with Minister Sunday Dare on November 4, 2019 and part of the agreement to host the GWR fight in Nigeria was to settle out of court, a court case against former minister Solomon Dalung. On November 7, 2017, I was awarded N28m against Dalung. So on March 25, 2020, the FG paid N15m to settle out of court. I never went to court for money but that for every Nigerian to be treated with love and respect in Nigeria. Once this Coronavirus palaver is over, I will give back the money to the FG through Minister Sunday Dare.

How ready are you for the fight and what is training routine? How fit are you?

I am as fit as a fiddle. I was again on April 27, 2020 tested from the hairs on my head to the nails on my toes and given a clean bill of health to go on and fight to shock the world by rewriting boxing history and by extension shut the mouth of all our critics about my fitness level. I told you I am an extraordinary human being and this historic fight will prove it. If I was an American or from any other country I would be treated like a god but in Nigeria, we celebrate criminals only. It is sad, very sad.

Who is this opponent of yours and can you give us a clue about him? We are talking to 2 possible opponents, former heavyweight Champion, Andy Ruiz Jr of Mexico who once knocked out Anthony Joshua and another heavyweight, Bob Sapp of USA. They are both great fighters both none of them will give me any trouble in the ring. On a final note, what kind of support do you want from Nigerians?

Nigerians have always supported me 100 percent. They want to see me fight again. They want to see big-time boxing. The last time big time boxing was held in Nigeria was in Lagos on September 9, 2000 when I knocked out then Champion Terry Ray of USA to win the World Boxing Federation Cruiserweight title. In this fight, i promise Nigerians that I will win and make all Nigerians proud. 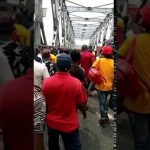 As Lockdown Eases, there’s no Respect for Social Distancing. This is River Niger Bridge (Asaba – Onitsha) 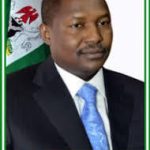