By the time we are through with COVID -19 and the country sits back to take stock, a lot will be revealed in all fronts, politically, socially, economically and even spiritually.
Nigeria and indeed the World will never be the same again after this pandemic. Even the almighty America has been caught napping and still groping on the way out.

After COVID-19 one area that is expected to benefit greatly should be the health sector. Nobody should be telling those in authority the need to have a good health sector in place. If late Chief of Staff Abba Kyari was to incarnate this World back to his position, Aso Rock Clinic would be his main priority. He sat on N12b budget for the Clinic for three years with no basic equipment like x ray and ventilator machines. All these Emirs and top elites who could not stand the pandemic are due to inadequate medics because hitherto they would have been ferried outside the country for proper medical attention.

The Labanese owner of the biggest and finest hotel in Kano state, Tahir Faddallah was this week air lifted in an ambulance to Beirut his country after he was diagnosed of carrying the virus. If Tahir had invested in health sector the same way he did in tourism in Nigeria, there would not have been any need for such emergency ambulance to rush him to Lebanon.

All along in this country investments are hardly on health sector because the elites have alternatives outside the shore.
What COVID-19 has done very loudly is to draw attention of the World to the equality of all human beings and the absolute need to have regard for each other first as equal before God.

Suddenly a killer disease arrives that poses potential danger to the rich the same way and manner it does to the downtrodden.

All the misplaced priorities in our lives are being exposed. COVID-19 is copiously reminding us all that being alive is not because we have money nor enjoying life a direct consequence of wealth rather what is paramount is being healthy in both body and soul.

Hopefully after Ocvid-19 all these will be streamlined and our leaders both in political and economic fields will begin to place their needs right exactly where it’s supposed to be, investing for heaven.
One region that would have a huge tutorial to pick from the covid-19 fallout is Northern Nigeria. This geo political area has been living in denial for long under the cover of utopian thinking using religion and culture that you can go on having children without planning for them in the hope that God who brought them to life will cater for them. Even when experts try to open the catastrophe page in that school of thought, they still held on to their dogma that such views were irreligious and antithetical to their culture and beliefs. They have all long tried to tackle the challenges arising from it in an ad hoc manner.

A story was once told in this column of a North West state Governor who after attending Friday jummat prayer in his state capital, got worried by the growing number of youths in the city doing nothing. He foresaw the danger ahead and told his aides that the day these youths will revolt not even him the Governor will be safe. Good reasoning but instead of thinking of a long term solution he jumped at a quick short term method of decongesting the city of these youths. He ordered for some thousands of motor cycles from China and distributed them free to the youths and charged them as they collect the bike to proceed to big cities Kaduna, Abuja and Lagos where they will make quick money, buy another bike and send for their brothers. That action made the governor an instant hero and a kind hearted man who helped the poor. Meanwhile he asked them to register to vote in the state and never forget to come back home during elections.

Within one year of that project, more than half of them died of pneumonia and others had broken arms and legs and are now full time beggars as disables. The very few who survived couldn’t grow in it because there was no proper training. But the governor solved his own problem, finished his eight years, went to the Senate and married more wives. Human capital development in that state remained unattended to until most of the youths turned into banditry tormenting the state.

Almajiri system has been a vested issue that all Northern elites are guilty of as they have always looked away on it despite its portent danger. Even more tragic is the fact that these youths are getting more addicted to dangerous drugs and are becoming irredeemable.

As their populations grow on the streets, the elites looked away and the politicians only exploited them for their selfish ends. Nobody plans for them, not government or even the so called philanthropists, who only embark on window dressing of gathering them on Fridays for the momentary feeding.

Government and religious leaders spend lots of money sponsoring poor people to Mecca without any concrete plan for their survival.

Something is fundamentally wrong, either the elites have wrong understanding of what God demands of them the rich for the poor or there is too much hypocrisy in the land.

But in all these clever by half approach we have been shifting the evils day which is sure to come if it has not arrived. The Governor who distributed Okada to disperse the youths in his state is still alive watching them regroup as bandits taking lives indiscriminately as clear enemy of the society. Now they are calling on federal troops to come to their aides, using commonwealth to tackle their neglected problems.

Recently, the Secretary to the Government of the Federation SGF, Boss Mustapha said that almajiris are time bomb waiting to explode; he did not say anything new he merely echoed the reality on ground ignored by successive governments in the region. Former President Goodluck Jonathan tried to see the almajiri issue as a serious national matter that deserved urgent and lasting solutions but discovered he was crying more than the bereaved. Northern Governors Forum apparently in agreement with SGF and in order to forestall the bomb exploding decided to throw it away before it explodes. A smart selfish way of solving a problem foolishly.

These children did not bring themselves on this earth. They came into this World not oblivious of what it’s, but here they are being dumped by the people who brought them even when they were well aware abnitio that they lacked the wherewithal to develop them.

All Progressives Congress, APC controls the two neighbouring states of Kano and Kaduna, today Kaduna is using dynamites to block their borders with Kano to prevent almajiris from Kano entering. The almajiris are now running pell-mell spreading the virus in other states in the South, fallout of the escapist approach of the Northern Governors. Rather than this aimless adhoc measure, the Northern Governors forum should have convoked an almajiri conference and bring egg heads to proffer solutions.

But in their simplistic reasoning, the Governors in their short slightness thought that they were averting or spreading the Armageddon by throwing already   detonated bomb to neighbours in the belief that they will be saved of the consequences of the explosion. It seems plausible now dispersing them and averting danger but it amounts to shifting the demons day. The state that bought Okada to disperse them to Kaduna, Abuja and Lagos few years ago is today battling bandits.

The sagacious thing to do is to find a way of making these humans reasonable. To desire them during census and election times and discard them during covid-19  tantamount to double standards and an irresponsible act with far reaching consequences before God.

Where is our humanity if we cannot listen to the silent voices of these potential first class materials, potential Kings, doctors, engineers? Right inside their still voices come a deep message that was underscored by Saint Athanasius “that person there begging or eating from the trashcan could have been you if not for the grace of God.” These almajiris could have be us, let our character therefore preach more loudly than our words on these creatures of the almighty as our own appreciation while of course not ignoring economic factor in child bearing. 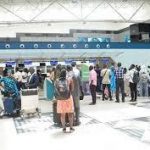 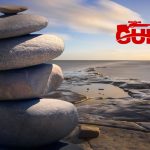 Global Upfront1 min ago1 min ago
05
Dec
5 hours ago