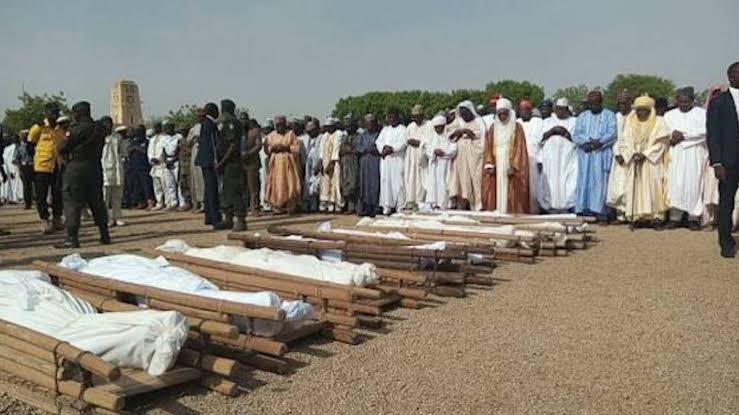 The Federal Goverment says pathologists from Bauchi, Katsina, Jigawa, Yobe, and other States with high burden of “mystery deaths” are to undergo training in Kano State for investigation of the unexplained deaths in their States.

Minister of Health, Dr Osagie Ehanire, said Tuesday during the Presidential Task Force (PTF), briefing on COVID-19, in Abuja that reports of unexplained deaths in the concerned States have continued to cause panic among residents.

Ehanire said that the four States will be working with the pathologists to ascertain the cause of the mysterious deaths in the affected States.

The Minister further disclosed that a team of experts has arrived in Bauchi State, to also investigate the deaths in Azare and Katagum local government areas.

“A delegation of experts is presently in Bauchi State, on a fact finding mission to work with the government and look into reports of unexplained deaths in Azare.

“Similar missions to Katsina and Jigawa, had identified the needs in those states, including a molecular laboratory in Katsina, to reduce the backlog of pending tests and the turn-around time for results.

“Other high burden areas or states grappling with epidemic control issues will be offered similar support,” he said.

On the Kano situation, Ehanire said the Federal Ministry of Health had responded by dispatching a team of medical experts to provide technical support to the state.

“I am happy to inform you that the team has done well in its assignment and has reported a lot of success in helping to stabilise the state’s health system and assuage the disquiet among health workers, who are to restart routine service delivery.

“No new infections of health workers has been reported in recent times, as those who have recovered are awaiting certification to resume work,” he said.

Ehanire said the ministry was working with its agencies, other organs of government and multinational organisations, in sustained efforts to control transmission with tried, tested and innovative measures.

“The nature of this outbreak, as we have observed in other countries, is such that the sustainability of any strategy may be challenged as time goes on, by evolving realities at home and across the globe.

“We therefore encourage the organs of state maintaining vigilance at our borders,  including our port health services, to keep up the good work and not to tire or relent,” he said.

He said that the ministry had been closely monitoring and reviewing the unfolding situation in some states, where COVID-19 appeared to have gained ground.

According to the minister, Lagos and Ekiti states are ready to deploy health workers to  COVID-19 high burden states in need of manpower across the country

“In this regard, I must commend the ongoing initiative by the Governors’ Forum, to give each other mutual support by mobilising available human resources for health volunteers from states, to support others with high burden and manpower shortages.

“I am encouraged by my recent discussions with their excellencies, the governors of Lagos and Ekiti states in this respect,” he added.

The minister said that the ministry, through the NCDC, had printed the mandatory institutional quarantine guidelines and Crew kit for returnees from diaspora.

“We will continue to ramp up COVID19 testing capacity by adding three new molecular laboratories to our network: at Benin City, and two in Port Harcourt, which brings the present total to 25.

“An expert advisory committee will assist with an audit of our laboratory processes, with a view to offering suggestions on strategies to reduce testing turn-around time an other user interest matters.

“The number of isolation centres and beds nationwide is increasing with the ThisDay Dome, commissioned in Abuja today, and providing the most comprehensive panel of medical services for COVID-19, including lab testing ICU, and dialysis.

“It was handed over to the ministry and the Federal Capital Territory Administration, and signals a landmark in collaborations between public and private sectors to fight a common enemy,” he said.

Earlier, National Coordinator of the PTF, Dr Sani Aliyu, said that the Madagascar cure would be subjected to the normal regulatory processes that the country had, to establish the drug’s efficacy and safety.

Aliyu outlined the PTF’s Notice to all persons/families seeking a Movement Pass, to enable them convey corpses across state lines for funeral purposes to e-mail a request to: ptfcovid19@OSGF.gov.ng 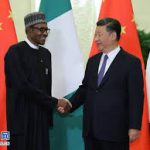 House of Reps move to cancel Chinese loans to Nigeria