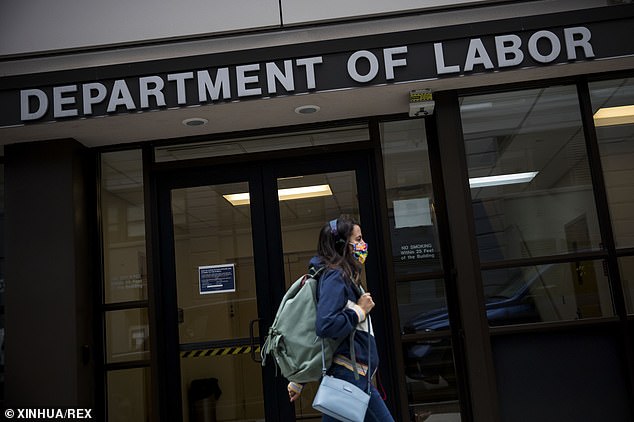 The crime ring is exploiting the coronavirus pandemic and economic crisis by flooding overwhelmed state unemployment offices with bogus claims in the names of Americans who are still working, according to a memo reported by Krebs on Security.

The memo, sent to Secret Service field offices on Thursday, said that ‘substantial amount of the fraudulent benefits’ have used information stolen from ‘first responders, government personnel and school employees.’

Washington state, said to be a magnet for bogus claims, has already had to temporarily halt payment of benefits while it sorts through the surge of fraud, leaving jobless Americans in dire financial straits.

The state planned to resume benefits payments on Saturday.

It comes as state unemployment offices have been overwhelmed by record-shattering numbers of claims, with more than 35 million people losing their jobs amid the lockdowns intended to slow the spread of coronavirus.

The bogus claims only make it harder for overtaxed state offices to pay out legitimate claims, at a time when many who lost their jobs months ago have yet to see their legitimate claims filled.

‘It is assumed the fraud ring behind this possesses a substantial [personal information] database to submit the volume of applications observed thus far,’ the Secret Service warned in the memo.

‘The primary state targeted so far is Washington, although there is also evidence of attacks in North Carolina, Massachusetts, Rhode Island, Oklahoma, Wyoming and Florida,’ the memo added.

‘In the state of Washington, individuals residing out-of-state are receiving multiple ACH deposits from the State of Washington Unemployment Benefits Program, all in different individuals’ names with no connection to the account holder,’ the notice continues.

The U.S. Attorney’s office in Seattle said on Friday that it is working with state authorities to track down and prosecute criminals who are stealing unemployment benefits.

‘Chasing these reprehensible criminals is just one part of the equation,’ U.S. Attorney Brian Moran said in a statement.

‘The other part is for the state to address and fix the vulnerabilities in their system, and I am advised that they are working to address that part of the problem.’

The Secret Service memo suggests that the suspected Nigerian scammers utilize American ‘mules’ —  often victims of online romance scams — to receive direct deposits from the fraudulent transactions and forward the money to the overseas scammers.

The Secret Service was historically part of the Treasury Department, and in addition to protecting the president it is tasked with safeguarding the nation’s financial and payment systems.

Bankers in Oklahoma say that they have seen a surge in unemployment claims from Washington sent to suspected mules in their state.

‘It’s been unbelievable to see the huge number of bogus filings here, and in such large amounts,’ Elaine Dodd, executive vice president of the fraud division at the Oklahoma Bankers Association, told Krebs.

‘I’m proud of our bankers because they’ve managed to stop a lot of these transfers, but some are already gone. Most mules seem to have [been involved in] romance scams.’ 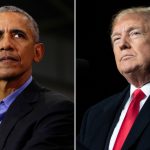 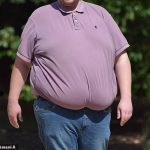