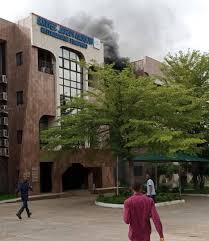 A part of the headquarters of Nigerian Postal Service, Garki Abuja was on Wednesday gutted by fire.

However, the Federal Capital Territory Fire Service personnel were able to contain the fire which while it raged, attracted a large crowd especially from the busy Garki market.

The incident was the fifth fire incident in six months at key Federal Government offices in Abuja alone.

On April 17, a part of the Independent National Electoral Commission (INEC) went up in flames.

Nine days earlier, a part of the offices at the Accountant General’s office was burnt.

Just two days before that, there was a similar fire outbreak at the Corporate Affairs Commission (CAC).

After each fire, the government would order inquiry. However, till date, no report of the fire incidents have been made public though the government is always quick to give assurances that no sensitive document was affected. 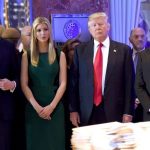 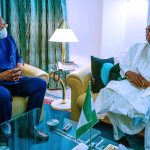