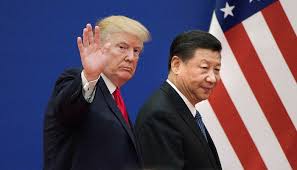 The U.S. on Friday accused Beijing of blocking U.S.-based airlines from resuming flights to China, and ordered four Chinese airlines to file their flight schedules with the U.S. government.

The Trump administration cited a March policy from the Civil Aviation Authority of China (CAAC) saying that carriers could fly no more than the number of flights to China they were flying on March 12, according to a memo seen by Reuters.

However, since U.S. passenger airlines had stopped all flights to China by March 12, the policy “effectively precludes U.S. carriers from reinstating scheduled passenger flights to China,” the government alleges.

The government specifically noted that Delta Air Lines and United Airlines want to resume flights to China in June. No restrictions have yet been imposed on Chinese airlines.

The memo from Washington ordered that Air China, China Eastern Airlines Corp, China Southern Airlines Co, Hainan Airlines Holding Co and their subsidiaries submit schedules of their flights by May 27.

The Transportation Department told Reuters it has “protested this situation to the Chinese authorities, repeatedly objecting to China’s failure to let U.S. carriers fully exercise their rights and to the denial to U.S. carriers of their right to compete on a fair and equal basis with Chinese carriers” and called the situation “critical.”

Washington decided in January to bar entry into the U.S. for most non-citizens who had been to China in the previous two weeks to try to blunt the spread of the coronavirus, but did not restrict Chinese flights into the country. A number of major U.S. airlines voluntarily decided to halt their own flights into China in February.

The accusation comes amid heightening tensions between Washington and Beijing, which have traded claims that the other was responsible for the spread of the coronavirus and feuded over Chinese efforts to hold more sway over Hong Kong and Taiwan. 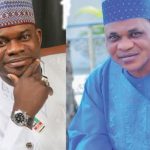 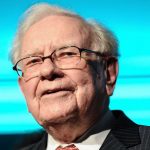 Warren Buffett, George Soros, and other billionaire investors made big moves last quarter. Here are 11 of their juiciest trades