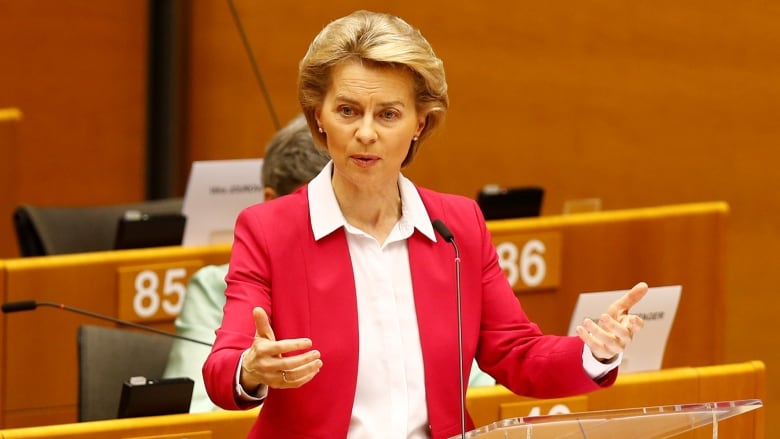 The European Union on proposed Wednesday a €750 billion Euro recovery fund to help countries weather a painful recession triggered by the Coronavirus (COVID-19), and aimed to bridge divisions over the conditions that should be attached for access to the money.

The fund, to be mostly made up of grants and tied to the 27 member nations’ common budget, comes as the world’s biggest trading bloc enters its deepest-ever recession, weighed down by the impact of the coronavirus. Virtually every country has broken the EU’s deficit limit as they’ve spent to keep health-care systems, businesses and jobs alive.

While citizens across Europe are slowly returning to work and students move gradually offline and head back to classrooms, hardest-hit countries like Italy and Spain remain in desperate need of funds and want to avoid any long-term wrangling. But the new plan is unlikely to be welcomed by all.

“Our unique model built over 70 years is being challenged like never before in our history,” European Commission President Ursula von der Leyen told EU lawmakers as she unveiled the plan. “This is Europe’s moment. Our willingness to act must live up to the challenges we are all facing.”

Von der Leyen said that the fund — which is dubbed Next Generation EU and must be endorsed by every country — is “providing an ambitious answer,” and she urged European nations to set aside their divisions about the budget and the way ahead.

“We either all go alone — leaving countries, regions and people behind, and accepting a Union of haves and have-nots — or we take that road together, we take that leap forward. For me, the choice is simple. I want us to take a new bold step together,” von der Leyen said.

To fund the move, the commission is proposing to borrow money from financial markets. The EU’s executive arm has a triple-A credit rating, which it says will give it access to very favourable loan terms and moderate interest rates. Repayments would not begin before 2028, with the full amount due after 30 years.

The money raised will go into the EU’s next long-term budget, which starts on Jan. 1 and runs until Dec. 31, 2027. It will then be channelled into a series of programs beneficial to the member states’ economies.

The world may see a second peak of the coronavirus, even within this first wave, says Dr. Michael Ryan, executive director of the World Health Organization’s emergencies program.  1:36

Two-thirds of the fund — 500 billion euros ($757 billion Cdn) — would take the form of grants, while the rest would be made up of more conditions-based loans that countries could apply for. Italy and Spain would each be eligible for around 80 billion euros in grants. France and Poland would each have access to around 38 billion euros, while Germany could get 28 billion.

The grants will not just be handed over. Countries would have to apply, setting out their aims for the money and what reforms they plan to undertake to ensure their economies are more resilient in the future. The applications would have to be endorsed by the EU partners.

Italy, Spain and Poland would also be eligible for tens of billions of euros in loans, but the conditions are more onerous.

Some would still prefer loans

The proposal appears largely in line with a plan unveiled earlier this month by the leaders of Germany and France — historically, the two main drivers of EU integration. They agreed on a one-time 500 billion-euro fund, a proposal that would add further cash to an arsenal of financial measures the bloc is deploying to cope with the economic fallout.

But Austria, Denmark, the Netherlands and Sweden — a group of countries dubbed the “Frugal Four” for their budgetary rectitude — are reluctant to see money given away without any strings attached, and their opposition to grants could hold up the project.

A Dutch diplomat, who spoke on condition of anonymity Wednesday because the proposal had not yet been fully analyzed, said that, “The positions are far apart and this is a unanimity file; so negotiations will take time. It’s difficult to imagine this proposal will be the end-state of those negotiations.”

On Tuesday, Swedish Finance Minister Magdalena Andersson said: “If it will be grants, who is going to pay the grants? Loans, I think, is a more interesting way forward to discuss, but we also have to discuss under what conditions shall we give these loans.”

The commission’s plan is likely to spark heated debate, but the EU simply does not have much time. The new budget period begins on Jan. 1, and a row over that spending package has already dragged on for two years. For the budget and recovery package to come into force, an agreement must be found before September. 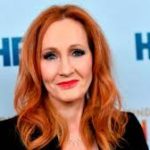 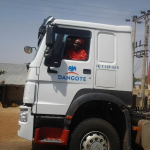 Why Nigeria Cannot Use Full Force Against Terrorists – Lai Mohammed