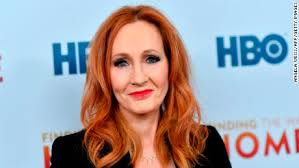 Harry Potter author J.K. Rowling is releasing her latest book as a free online serial for kids “needing distraction during the strange and difficult time we’re passing through” — and she’s also calling on fans to help create illustrations for an eventual print version.

Rowling, who specified the story is not a spin-off of her blockbuster Harry Potter franchise, announced on her personal website and via social media Tuesday her plans to post her fairy tale The Ickabog in segments, beginning yesterday, Tuesday.

Rowling said she will give up all author royalties from The Ickabog to charities, specifically aiding groups particularly impacted by COVID-19.

She has previously penned books with proceeds donated to charity: the Harry Potter companion books Fantastic Beasts and Where to Find Them and Quidditch Through the Ages, proceeds of which have raised more than £17 million for Comic Relief.

Thanks to her bestselling Harry Potter series, which sold more than 400 million copies around the globe, Rowling is one of the world’s best-read writers and among the U.K.’s wealthiest people.

New instalments of the English-language tale will emerge every weekday on theickabog.com until July 10. Rowling also plans to post translations of the story in other languages.

“The Ickabog is a story about truth and the abuse of power,” Rowlings noted.

The first two chapters released Tuesday introduce an imaginary land of plenty called Cornucopia, led by an easily fooled king. On the northernmost tip of the “magically rich” kingdom is a lacklustre region known for the legend of the Ickabog.

“Naturally, as with all legends, it changed a little depending on who was telling it,” Rowlings writes.

“However, every story agreed that a monster lived at the very northernmost tip of the country, in a wide patch of dark and often misty marsh too dangerous for humans to enter.”

Written more than a decade ago, the story “isn’t intended to be read as a response to anything that’s happening in the world right now. The themes are timeless and could apply to any era or any country,” she added on her website.

The British writer said she penned The Ickabog in pieces between Harry Potter instalments and had intended to publish the tale after the conclusion of her blockbuster boy wizard series. However, when the time came, she opted instead to take a break from writing and then subsequently plunged into a new detective novel series for adults.

That meant The Ickabog was shelved in her attic for years, said Rowling, only to be retrieved to be read to her two younger children. Recently, when she floated the idea of releasing the story to entertain kids at home during the pandemic, her now teenaged children wholeheartedly supported her.

Rowling is also calling on young fans to create their own illustrations for the story, ahead of the fall publication of The Ickabog‘s print version, slated to be released this November. Ebook and audiobook versions are also planned for November.

“I want to see imaginations run wild! Creativity, inventiveness and effort are the most important things: we aren’t necessarily looking for the most technical skill,” she said, urging parents to share the illustrations via social media using the hashtag #TheIckabog. 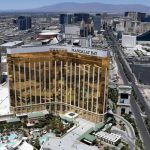 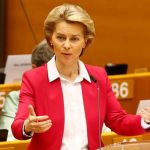 Finally, Buhari Meets Relatives Of Captives Of March 28 Abuja-Kaduna Attack, Assures “Government Will Do Its Best” To Secure Release Of Remaining 31 Abductees”