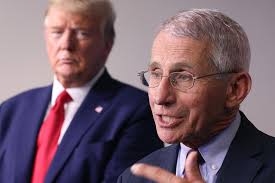 US government experts believe more than 20 million Americans could have contracted coronavirus – 10 times more than official counts, as cases are now rising in more than half of states and a new warning came of the risk of “apocalyptic” infection in major cities.

The new estimated numbers from the federal agency the Centers for Disease Control and Prevention (CDC) indicate that many people without symptoms have or have had the disease, senior administration officials said on Thursday.

The news came as Texas, one of the most populous US states, has seen a surge in Covid-19 cases and the governor on Thursday announced that he would have to pause the next phases in what has been a rapid reopening of business. Cases are now rising in 27 US states, up from 22 earlier this week.

The CDC’s new estimate that for every diagnosis of coronavirus in the US it is likely that 10 more people are or have been infected is based on serology testing used to determine the presence of antibodies that show whether an individual has had the disease, the officials said.

The officials, speaking to a small group of reporters on Wednesday night, said the estimate was based on the number of known cases, currently nearing 2.4m in the US, multiplied by the average rate of antibodies seen from the serology tests, about an average of 10 to one.

“If you multiply the cases by that ratio, that’s where you get that 20 million figure,” said one official.

If true, the estimate would suggest the percentage of US deaths from the disease is lower than thought. More than 122,000 Americans have died from the disease since the pandemic erupted earlier this year.

The estimate comes as government officials note that many new cases are showing up in young people who do not exhibit symptoms and may not know they have it.

Officials said young people with no symptoms, but who are in regular contact with vulnerable populations, should proactively get tested to make sure they do not spread it.

“We have heard from Florida and Texas that roughly half of the new cases that are reporting are people under the age of 35, and many of them are asymptomatic,” one official said.

The CDC has sent 40 response teams to help deal with the outbreaks, they said.

More than 36,000 new cases of Covid-19 were recorded nationwide on Wednesday, just shy of the record 36,426 on 24 April, at the height of the first wave of the pandemic. The rises are concentrated on states that were spared the brunt of the initial outbreak or which moved early to lift restrictions aimed at curbing the virus’ spread.

California has seen a 69% rise in coronavirus cases in just two days, Gavin Newsom, the governor, said on Wednesday, as the state continues to battle a surge of new infections and hospitalizations.

The state has witnessed an alarming jump in cases as communities reopen from lockdown restrictions. Los Angeles county now leads the nation with more than 88,500 cases, according to Johns Hopkins University.

Numbers have shot upward in recent days, rising from 4,230 on Sunday to 7,149 by Tuesday, according to public health data. Last week Newsom announced Californians must wear masks in most public settings to curb the spread of the virus

Meanwhile as of Thursday morning, Texas is pausing all additional reopening, as the state grapples with a surge of infections.

“As we experience an increase in both positive Covid-19 cases and hospitalizations, we are focused on strategies that slow the spread of this virus while also allowing Texans to continue earning a paycheck to support their families,” the Republican governor, Greg Abbott, said in a statement.

“The last thing we want to do as a state is go backwards and close down businesses. This temporary pause will help our state corral the spread until we can safely enter the next phase of opening our state for business.”

If the current Texas infection rate continues, Houston could become the hardest-hit city in the US, CNN reported. Infection numbers are also rising in Dallas, Austin and San Antonio, Peter Hotez, dean of the National School of Tropical Medicine at the Baylor College of Medicine in Texas, told CNN.

“The big metro areas seem to be rising very quickly and some of the models are on the verge of being apocalyptic,” he said.

Texas officials reported yesterday that they had confirmed 5,551 new cases of coronavirus in the past 24 hours, setting a new single-day record.

Meanwhile officials across the US have reacted with alarm to the Trump administration’s plan to end federal support for some Covid-19 testing sites, warning it could cause further spread of a disease and calling the move “irresponsible”.

The White House confirmed on Wednesday it will no longer fund 13 testing sites, including seven in Texas and sites in Illinois, New Jersey, Pennsylvania and Colorado, at the end of June.

Joe Biden, speaking in Pennsylvania, accused Trump of mishandling the US response to the pandemic. “He’s like a child who can’t believe this has happened to him,” Biden said on Thursday. “All his whining and self-pity. Well, this pandemic didn’t happen to him; it happened to all of us. And his job isn’t to whine about it. His job is to do something about it.”

Biden criticized Trump for continuing to attack the Affordable Care Act as the country grapples with this crisis. The administration, for example, is still part of a lawsuit aimed at overturning the ACA, also known as Obamacare.

“If Donald Trump refuses to end his senseless crusade against health coverage, I look forward to ending it for him,” the former vice-president said. 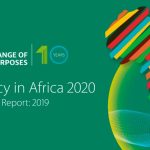