Tens of thousands of Nigerian women have been trafficked to Italy in recent years. Photograph: Elena Perlino/REX

Thousands of Nigerian women forced into prostitution were left to starve by sex traffickers during the Covid-19 pandemic in Italy, the Guardian can reveal.

According to the UN’s International Office for Migration (IOM), more than 80% of the tens of thousands of Nigerian women who arrived in Italy from Libya in recent years were victims of highly organised sex trafficking gangs. The women are forced into prostitution to pay off debts of up to €40,000 (£36,000) and controlled through violence and fear of “juju” black magic rituals they are made to undergo before their journey to Europe.

According to testimonies from volunteers, social workers and NGOs, during the prolonged and strict three-month Covid-19 lockdown introduced by the Italian government, trafficking gangs abandoned women and their children, who were unable to leave their homes or work and were left without food or money to pay the rent. Given the illegal status of their jobs, they had no recourse to financial assistance or unemployment benefits.Italy’s hardline stance on immigration leaves sex trafficked women fearfulRead more

“Sex traffickers had no interest in feeding or helping Nigerian women during the pandemic,” says Alberto Mossino, co-founder of Piam Onlus with his wife, Princess Okokon, a former victim of sex trafficking. The association helps abused and vulnerable women escape their traffickers in Asti, in the north-western region of Piedmont. “In the eyes of sex traffickers these women are subhuman, exploited to enrich their pimps, who treat them like ATMs. And when the ATM runs out of cash, they discard it and look for another one.”

Desperate and forced to stay in their homes with no food or money, many women turned to volunteer associations for a package of rice or a loaf of bread.

“They’d call us in sheer desperation and panic,” says sister Valeria Gandini, a Combonian missionary, who for more than ten years has assisted Nigerian victims of sex trafficking in Sicily. “Many were left home alone with small children and no food. From the beginning of the lockdown, we delivered groceries to their doorstep, given that face-to-face meetings were not allowed. When the government started easing up on the restrictions, they started coming to our church in search of food.”

In Naples, where thousands of women from various nationalities have been forced into the sex industry, the Dedalus cooperative began a crowdfunding initiative in March to provide aid and food packages to Nigerian women who were victims of sex trafficking during the pandemic.

“The conditions they were forced to live in, especially regarding their health, were quite unsettling,” says Jean d’Hainaut, coordinator of the Dedalus cooperative, which helps women seeking to free themselves of their pimps. “They were left alone and cashless by their exploiters, and some of their landlords even threw them out on the streets.”

In recent months, some experts have pointed out that the modus operandi of Italy’s sex trafficking gangs have changed. Historically, Nigerian women forced into prostitution in Italy lived under the tight control of mamans, older women who had often been sex workers themselves and who managed the prostitution of the women. Now, the debt bondage of the women is often managed remotely.

“Thanks to the vast profits [made by this illegal trade in women] in recent years, but also in order to evade arrest, some of these mamans have relocated to other areas in Europe, such as France and Germany. Many of these Nigerian women have now been left to manage their debts on their own, although there is always someone around who controls them and makes sure they’re physically punished if they don’t work.” says Princess Okokon, who runs Piam Onlus’s anti-trafficking services.

“Before the lockdown this allowed women under the control of these gangs more freedom but under lockdown this has been catastrophic as the women have found themselves isolated and with no one willing to help them.”

During lockdown, anti-trafficking organisations said that more women came forward seeking help in leaving their traffickers. Yet this came with huge potential psychological and physical repercussions. Okokon said that the juju rituals that many victims are forced to undergo, which involve complicated and frightening rituals often using the women’s blood, hair and clothing, bond the woman to her trafficker and to any debts she will incur. Those who are forced to undertake these ceremonies are made to understand the terrible consequences for the woman and her family if she escapes.

“This juju might seem like something small or meaningless to people here in Europe, but to the women these curses are real and terrifying,” says Okokon, who was herself taken from Nigeria to Italy in 1998. “Using these very old belief systems passed down through generations is a psychological form of control that is much stronger than any violence that can be done to them. It’s clear that such decisions are the result of extreme distress and not a psychological epiphany regarding their state of oppression and this has very worrying consequences for their mental health.” 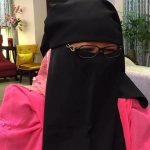