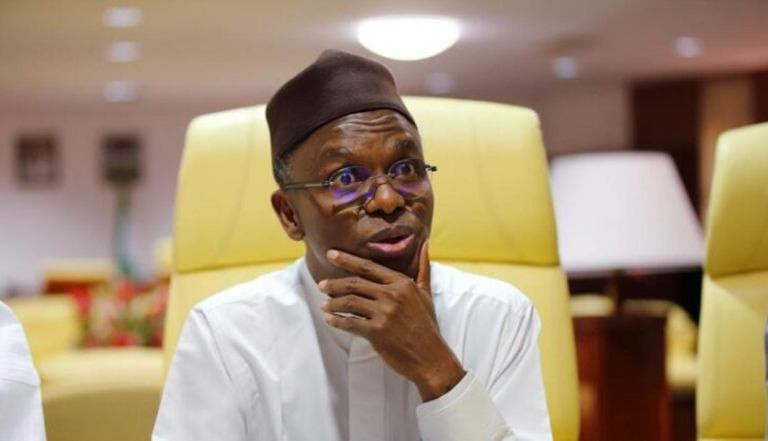 Peace and Security is the most potent factor for positive development in every society of the world. As oppose to violence and crisis, peace and security no doubt, guarantees growth and of course progress while on the other hand, violence and crisis engenders stagnation with its resultant effect being the people wallow in backwardness and retrogression.

Thus therefore, there has never been any society in the world that attains growth through violence and crisis, hence it can best be described and rated as agents of negative development in the wheel of progress.

In view of these negative consequences, no leader whose dream and aim is selfless service in favour of even development will welcome violence and crisis rather; he sees and takes fight against insecurity arising from violence and crisis as the number one priority.

Typical example is the happening in Kajuru, an embattled local Government area in the Southern part of Kaduna state and of course, the reactions of government as well as concerned individual and groups.

If posterity is anything to go-by, there are three things that every aspiring leader must have at the back of his mind. Such things are the provision of food, shelter and above all, security. They are a must in the life of every mankind. Even heaven knows, hence when taking their Oaths of office and allegiances, elected leaders at whatever level do conclude by pleading: “so help me God”.

It would be recalled that Kajuru Local Government Council was created out of Chikun in March 1997 by the military administration of late General Sani Abacha. This was with the view of bringing government closer to the people for accelerated positive development.

Unfortunately, 23years after, this dream is yet to be realised, despite the opportunity abound to launch the Council to fame. Though it is the latest of its kind in the state, the slow pace of development or lack of it in Kajuru is blamed on identified clog in the wheel of progress and that is violence and crisis.

Kajuru is made up of Adara and Fulani natives. They are predominantly farmers. Over the years, the area has been in crisis leading to loss of lives and property. Opinion sampling traced causes of fracas in the area to religious differences, economic and of course, political factors vis-à-vis expression of interests.

Hon. Cafra Boaz Caino, an Adara man, is the Chairman of this embattled local government. Before him, there were a number of his predecessors who have tried to change the decried trend. Worried by the development, Caino decided to contest the last local government elections and he won the race. Subsequently, he was sworn-in as the executive council chairman on January 14, 2019 after surviving the post-election huddle.

On assumption of office, the young chairman acknowledged the enormity of challenges facing the Council and appealed to the people of Kajuru and Kaduna state Government to partner with his administration in the discharge of his responsibility for the benefit of all.

In his inaugural speech, the chairman sadly announced loud and clears with passionate appeal that: “It is no longer news that Kajuru Local Government is today most popular in the media community for unfortunate religious and sectarian crises. Let me promise you all that as chairman of Kajuru Local Government, I intend to hit the ground running in my bid to chart a new future.

“It is for this reason that tackling insecurity has become my number one priority”, therefore, “I beckon on you all the people of Kajuru Local Government to look beyond the stereotype that blinds and divides us´, stressing: “It is time to come together to realize our potential and maximize our opportunities towards great new adventures”.

To this end, while calling on “groups and individuals who promote division in Kajuru to repent, come on board and join hands in rebuilding lasting peace”, the chairman who appeared to be reading Riots Act declared: “those who insist on threatening the peace and stability of our dear Local Government for whatsoever reason will be decisively dealt with as those who are caught thwarting the laws of the land will face the full wrath of law without compromise.

“In my campaign manifesto”, Caino reminded: “I promised to focus on Security, Agriculture, Youth Mentorship, Empowerment and Development (SAYED)” and therefore enjoined everyone in love with peace and security in Kajuru, the troubling local government, to seek the face of God as he took off the journey towards administering the Council for posterity.

Thunderous ovation rented air in appreciation of his speech, particularly his stance on peace and security. But sooner than later, that appeared to be deceitful as barely a week after the council chairman assumed duty, bloody crisis erupted; precisely February 20, 2019 and threw Kajuru into confusion.

In what looked like baptism of fire for Hon. Caino, about 30persons were said to have feared dead just as property including buildings worth millions of Naira were brought to ruin. A year after this shocking experience, the Local Government was returned to another round of barbaric killings and arson in attacks which kicked off in the early hours of Tuesday 12th May, running through to June 2020 during which about a hundred people were killed.

The unsuspected attack, sources hinted, was first launched on the people of Gonar Rogo, a village in Kajuru local government, after which the gunmen moved to other places within Doka community in continuation of their seemingly planned attacks. Within the short period of operation, about 17 people made up of men, women and children lost their lives, and houses were burnt. Survivors said there was no security operative around except the vigilante group throughout the period the killings lasted that day.

“17 dead people who suffered their fate in this bloodbath were buried in a mass grave. After the operation, the attackers left unchallenged. On their way out, this people diverted to another village in Doka and launched attack on the people from where we received distress call and we moved forthwith because the police and other security agencies were nowhere to be found. As you can see, the surviving and helpless victims of this attack had migrated to another village calling on government to come to their rescue”, the vigilante group retorted.

Narrating his ordeal on AIT in Kaduna, a victim who concealed his identity lamented: “I lost my father, mother and a little child, my brother. As you can see, the whole village is deserted. Everybody is on the run for safety. They are small Fulani boys carrying AK49. They killed my father, my mother and my brother. It is painful”, he regretted.

Jonathan Asake is the President, Southern Kaduna Peoples Union (SOKAPU). In his reaction, Asake expressed surprise with the presidency’s description of the attack as a “reprisal” saying: “We are very pained and chocked at the reaction of the presidency at these provoked attacks. We are even extremely disappointed that Senator Uba Sani, a serving senator representing Kaduna Central should describe these attacks as revenge”.

Picking holes in the reactions of both the presidency and the senator, SOKAPU leader opined that from all indications “the President and Uba Sani know what we don’t know. Anyone describing the recent attack as a reprisal and revenge is either a mischief maker or part of the planned agenda for the ethnic clinching against us which is currently being pursued with vigour and determinations more than ever before’, the Union alleged.

SOKAPU further alleged that the constant attack on Kajuru is an agenda to take over the land as according to Comrade Asake “the ongoing attacks on our communities point to the fact that there is a deliberate ethnic clinching across southern Kaduna communities which the authorities have turned blind eyes to”. Consequently, the union decided to call on international community to intervene” fearing “the situation is getting out of hands”.

Uneasy, they said, lies the head that wears a crown. That proverbial expression explains the situation as it affects Kaduna state Governor, Mallam Nasir el-Rufai and of course, Hon. Cafra Caino, the embattling Kajuru local Government Council Chairman.  In their prompt reaction, it would be recalled that they mobilized security to bring the crisis under control and called meeting of stakeholders to find lasting peace in the area. The Governor himself, his Deputy as well as the speaker, state house of assembly, the Senator and Member of reps representing the people groaning in anguish, were at the meeting.

Reprisal attacks dominated discussions at the meeting which lasted the whole day. el-Rufai charged everyone particularly political leaders, as major stakeholders, to go and talk to their people on the need to shun reprisal attacks and embrace peace for positive development. While challenging the police to rise up to their responsibility, the Governor said he was already taking “all measures to tackle security situation in Kajuru” as according to him “in the area, we have Adara, Fulani, Hausa and other nationalities and therefore affirmed: “enough is enough of bloodbath in Kajuru, we need peace”.

Arewa Consultative Forun (ACF) is the apex body of various social and cultural organisations in the north. In its own reaction to development in Kajuru, the forum blamed the constant spilling of blood by armed bandits on the inability of government to protect the people. The forum had in a press statement by Emmanuel Yawe, the National Publicity Secretary, recalled that: “of recent, there have been repeated attacks on the people living in Kajuru Local Government Area”, leaving many people dead.

To this end, ACF called on Kajuru traditional/religious leaders to call their people to order with a view to achieving the much desired peace and security in the local government. Similarly, the forum challenged security operatives, especially the Police to rise above board in the discharge of their responsibility just as it reminded government at both the federal, states and local levels that their basic responsibility, “as stated in our constitution”, was to protect life and property but “the ongoing killings in Kajuru are an indication that the governments are failing the people”.

From the happenings, the council chairman, Hon. Caino has chewed more than what he bargained as a leader with focus. Apparently reacting to the various feelings and opinions expressed by concerned groups and individual, he said “what happened is unfortunate”. Consequently, we are making consultations and engagement with the aggrieved parties for a total return of peace and we are making progress to that effect”, the council chairman retorted in a telephone interview with our reporter.

Speaking further, he said “this development, against rumours and speculations, is a banditry thing. That Is what is causing conflict that is causing communal crisis now and not ethno religious issue. What happened is purely banditry of which both Adara and Fulani people are victims. Government is on top of it and serious about ending this crisis” stressing “the state Government, the Presidency has ordered assistance. Once that is done for us, the crisis will come to an end and we will be relieved.

“We are counting on the media to help us reporting objectively. My plea generally is that the people of Kajuru, Adaras/Fulani should understand that we are facing a common enemy. Unless we unite and destroy the enemy once and for all, we might end up hutting ourselves while making the enemy happy. The enemy wants to ensure that they push us into war so that they can steal our property. Please give peace a chance”, Caino pleaded. 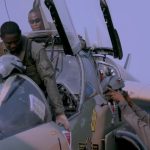 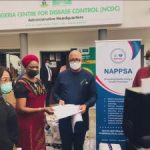