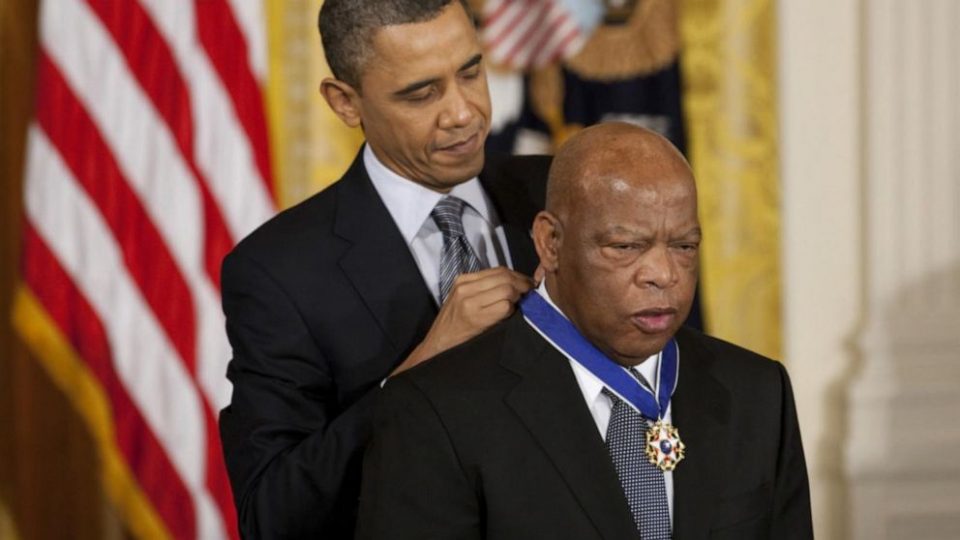 Rep. John Lewis (D-Ga.), the renowned civil rights leader who served as a symbol of the movement throughout his more than three decades in Congress, died Friday at the age of 80.

From the steps of the Lincoln Memorial during the March on Washington to the Edmund Pettus Bridge in Selma, Ala., on “Bloody Sunday,” Lewis decisively carved a place for himself in the history books as a courageous young activist during the height of the civil rights movement.

He was elected to Congress in 1986 and served 17 terms representing an Atlanta-area district. While in Congress, Lewis served as a physical reminder of how far the country had come on civil rights — and how much more was left to be done.The Congressional Black Caucus (CBC), of which Lewis was one of its most senior members, mourned that “the world has lost a legend.” “The Congressional Black Caucus is known as the Conscience of the Congress. John Lewis was known as the conscience of our caucus,” the CBC said in a statement.

Lewis, the youngest keynote speaker at the March on Washington in 1963, was the only person who delivered remarks at the event to witness Barack Obama winning election as the nation’s first African American president 45 years later.

When Lewis asked Obama to sign a commemorative photograph at his 2009 inauguration, the newly sworn-in president wrote: “Because of you, John.”

Lewis was born on Feb. 21, 1940, to a family of sharecroppers on a farm outside of Troy, Ala., and attended segregated public schools. Inspired by the activism demonstrated by the Montgomery bus boycott and Martin Luther King Jr., Lewis began his work of what he liked to call “good trouble.”

Lewis started his civil rights activism by organizing sit-in demonstrations at segregated lunch counters in Nashville, Tenn., where he was a student at the historically black Fisk University.

Then in 1961, Lewis joined the Freedom Rides to protest segregation at bus terminals across the south by refusing to leave seats designated for white patrons, facing angry mobs and intense violence.

Ku Klux Klan members deflated the tires of a bus at a stop in Anniston, Ala., which was later fire-bombed. And in Montgomery, Ala., an angry mob confronted the activists and hit Lewis in the head with a wooden crate.

“It was very violent. I thought I was going to die. I was left lying at the Greyhound bus station in Montgomery unconscious,” Lewis told CNN while reflecting on the Freedom Rides 40 years later.

Lewis later became the chairman of the Student Nonviolent Coordinating Committee (SNCC), a position he held from 1963 to 1966 leading student civil rights activism.

Lewis went on to help organize the August 1963 March on Washington, where the then-23-year-old spoke from the steps of the Lincoln Memorial. But his appearance wasn’t without some last-minute controversy.

Lewis initially planned to criticize the Kennedy administration’s proposed Civil Rights Act for being “too little and too late” and vow to “march through the South, through the heart of Dixie, the way Sherman did. We will pursue our own ‘scorched earth’ policy.”

But other activists persuaded Lewis to tone down his language so as not to alienate the Kennedy administration. Lewis ultimately settled on saying that “we support the administration’s civil rights bill,” but with “great reservation” because it didn’t go far enough to protect peaceful protesters and voting rights.

Lewis nevertheless delivered a rousing speech before the roughly 250,000 people gathered before the Lincoln Memorial.

“We are tired. We are tired of being beaten by policemen. We are tired of seeing our people locked up in jail over and over again. And then you holler, ‘Be patient.’ How long can we be patient? We want our freedom and we want it now,” Lewis said in his address.

Lewis was at the forefront of the civil rights movement again just under two years later on March 7, 1965 — a day that later became known as “Bloody Sunday.”

Lewis and the Southern Christian Leadership Conference’s Hosea Williams led about 600 people planning to march 54 miles from Selma to Montgomery to advocate for expanded voting rights for African Americans. But they were met on the Edmund Pettus Bridge by state troopers who demanded that the marchers leave.

When they refused, the troopers launched violent attacks armed with bullwhips, tear gas and nightsticks and charged at the marchers with their horses. A state trooper beat Lewis with a nightstick so severely that it caused a skull fracture.

As a congressman decades later, Lewis led annual delegations to Selma to commemorate Bloody Sunday and educate his fellow lawmakers on the civil rights movement.

“Our country will never be the same because of what happened on this bridge,” Lewis said in 2015 at the 50th anniversary of Bloody Sunday, where he was joined by then-President Obama.

After gaining national prominence for leading SNCC, Lewis first won elected office in 1981 as a member of the Atlanta City Council and went on to win the Democratic primary for his congressional seat five years later.

He served on the House Ways and Means Committee, which has jurisdiction over welfare and social programs that Lewis championed.

During the debate over the 2010 health care law, Lewis and other Black lawmakers encountered protesters outside the Capitol who hurled racial epithets as they walked past.

He later invoked civil rights rhetoric in an impassioned speech during the House floor debate over what would ultimately become Obama’s signature legislative accomplishment.

“There are those who have told us to wait. They have told us to be patient,” Lewis said in his distinctive rhythmic cadence. “We cannot wait, we cannot be patient. The American people need health care, and they need it now.”

Lewis initially didn’t back Obama for president in the 2008 campaign. He first supported Hillary Clinton before later switching his endorsement due to overwhelming support for Obama in his district and even the threat of a primary challenge.

“[G]enerations from now, when parents teach their children what is meant by courage, the story of John Lewis will come to mind — an American who knew that change could not wait for some other person or some other time; whose life is a lesson in the fierce urgency of now,” Obama said as he presented the medal.

“If somebody told me one day I would be standing in the White House, and an African American president presenting me the Medal of Freedom, I would have said, ‘Are you crazy? Are you out of your mind?’” Lewis said, according to the Atlanta Journal-Constitution.

But his relations with Obama’s successor were decidedly different. Lewis refused to attend President Trump’s inauguration in 2017, saying that he didn’t believe he was a “legitimate president.”

Trump fired back by tweeting that Lewis was “all talk, talk, talk – no action or results” and should instead focus on helping his “crime infested” district.

But Trump’s attack on Lewis days before the inauguration resulted in bipartisan backlash, with GOP Sen. Ben Sasse (Neb.) responding that “Lewis and his ‘talk’ have changed the world.”

Lewis proudly touted his record of civil disobedience and was arrested at least 45 times, mostly during the civil rights movement. But he was also arrested a handful of times as a lawmaker while participating in protests, most recently in 2013 while advocating for immigration reform.

Lewis on multiple occasions turned to tactics from the civil rights movement to advocate for causes he championed in Congress.

In 2016, Lewis helped lead Democrats’ 26-hour sit-in on the House floor to demand action on gun control legislation after a shooting at an Orlando nightclub.

“We will use nonviolence to fight gun violence and inaction,” Lewis said.

After all he did to ensure the right to vote, Lewis frequently warned Americans not to become complacent.

Lewis invoked the cost of his civil rights activism as he urged people to participate in the 2018 midterm elections.

“I have been beaten, my skull fractured, and arrested more than forty times so that each and every person has the right to register and vote,” Lewis tweeted. “Do your part. Get out there and vote like you’ve never voted before #vote #goodtrouble.”

Lewis revealed in late December 2019 that he had been diagnosed with Stage 4 pancreatic cancer, but pledged that he would continue working for the Atlanta-based district.

“I have been in some kind of fight – for freedom, equality, basic human rights – for nearly my entire life. I have never faced a fight quite like the one I have now,” Lewis said.

“I have decided to do what I know to do and do what I have always done: I am going to fight it and keep fighting for the Beloved Community. We still have many bridges to cross,” Lewis said.

Many across the country mourned Lewis’s death late Friday, sharing quotes, photos and favorite memories of the congressman.

We have more work to do but we would not be where are without John Lewis. May he rest in power, and may we humbly and boldly walk in his footsteps. pic.twitter.com/GNCj6ARh17— Muriel Bowser (@MurielBowser) July 18, 2020

We are deeply saddened by the passing of John Lewis. His life-long mission for justice, equality and freedom left a permanent impression on our nation and world. The NAACP extends our sincerest condolences to his family, and we send prayers of comfort and strength to all.— NAACP (@NAACP) July 18, 2020

John Lewis was a giant.

A civil rights legend.
A leader in the halls of Congress.
And a moral voice for the whole nation.

Having the opportunity to serve with him was one of the great honors of my life. pic.twitter.com/b3YJh404YH— Ilhan Omar (@IlhanMN) July 18, 2020

Speaker Nancy Pelosi (D-Calif.) confirmed the congressman’s death on Friday after false reports of his death had circulated just days prior.

“Today, America mourns the loss of one of the greatest heroes of American history: Congressman John Lewis, the Conscience of the Congress,” she said in a statement. “John Lewis was a titan of the civil rights movement whose goodness, faith and bravery transformed our nation – from the determination with which he met discrimination at lunch counters and on Freedom Rides, to the courage he showed as a young man facing down violence and death on Edmund Pettus Bridge, to the moral leadership he brought to the Congress for more than 30 years.

“God truly blessed America with the life and leadership of John Lewis.” 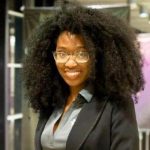