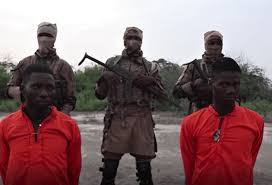 The terrorist group publicized the development via a viral video it published on social media Wednesday.

The gunmen who carried out the killing said their victims were aid workers working for nongovernmental organisations.

The 35 seconds video featured five hooded armed men standing behind five abductees who were kneeling before them.

“Our advice for you is that you should repent and turn to God, or else we shall continue to waylay and abduct you all in all the routes that you traverse.

“And if you don’t heed to our warning, what is about to happen to these five aid workers would also be fate that will befall you too.”

“And if you don’t heed to our warning, what is about to happen to these five aid workers would also be fate that will befall you too.”

The gunmen summarily shot at the five men whose faces were all blinded.

PREMIUM TIMES was unable to immediately determine the identities of the five executed aid workers.

The Nigerian government is yet to comment on the development. 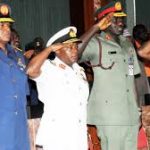