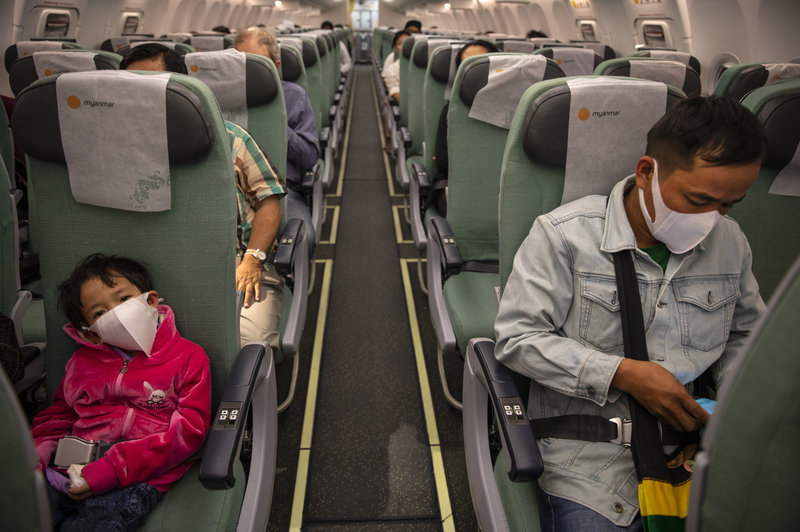 Paul Taylor, Special to The Globe and Mail, Published 26 July 2020

I need to travel to see a sick relative. What are my chances of catching COVID-19 if I go via airplane?

Most people assume that being cooped up in a commercial airliner is an extremely risky place to be during a pandemic. After all, passengers are in close proximity to a bunch of strangers for many hours. And there’s no doubt that infected travellers have been largely responsible for rapidly spreading SARS-CoV-2 – the coronavirus that causes COVID-19 – around the planet.

But your odds of catching the virus while onboard a plane may be actually less than you think. Frequent air exchanges, combined with safety precautions such as wearing face masks, can significantly reduce the chances of the virus being transmitted from person to person, according to infectious disease specialists.

“I think the risk of getting COVID-19 in flight is quite negligible,” says Dr. Jerome Leis, medical director of infection prevention and control at Sunnybrook Health Sciences Centre in Toronto.

He says that despite the large number of cases and frequent travel worldwide, there is very little documented evidence that people have contracted the virus during a flight.

Leis points to the example of Canada’s first two confirmed cases of COVID-19. The married couple travelled from Wuhan – the original epicentre of the outbreak – to Guangzhou, China, where they boarded a plane to Toronto and arrived back in Canada on Jan. 22.

The husband was already experiencing mild symptoms, such as a dry cough, during the flight. His wife became symptomatic the following day, so both were considered infectious while they were travelling.

After they sought medical care, and tests showed they had COVID-19, Toronto public health staff went to work contacting 25 individuals potentially exposed to the virus on the flight, including crew members and passengers seated within three rows of the couple. These contact tracing efforts, plus 14 days of monitoring, revealed that no one had been infected by the couple, who apparently wore masks.

So, what might explain the lack of viral transmission in an airplane packed with 350 passengers? SARS-CoV-2 doesn’t really travel far from the host, say medical experts.

The virus is primarily spread through respiratory droplets from an infected person coughing, sneezing or talking. The droplets might be propelled up to a distance of one or two metres before landing on nearby surfaces. Smaller aerosols, tiny particles that may stay aloft a while longer, are not believed to play a significant role in COVID-19 transmission.

On an airplane, such particles would be quickly swept up by the ventilation system, says Dr. Susy Hota, medical director of infection prevention and control at the University Health Network (UHN), a collection of medical centres in Toronto.

She notes that the air inside a plane is normally exchanged between 15 and 20 times an hour. And, in particular, the air passes through HEPA (high-efficiency particulate air) filters capable of trapping potentially harmful substances including viruses.

“Aerosols are unlikely to be hanging around long enough to actually result in an infection,” says Dr. Hota.

Of course, the larger respiratory droplets are still a concern. Many airlines, which are struggling financially, have resumed their customary practice of booking middle seats. That means it’s possible to be seated directly beside an infected individual.

“If you are wearing a mask and the person next to you is wearing a mask, that will substantially help reduce the risk – but it won’t bring it down to zero,” says Dr. Andrew Morris, medical director of the antimicrobial stewardship program at Sinai Health and UHN.

Overall, though, experts believe that the time spent on the plane isn’t particularly risky – especially if your seatmates are members of your household and you wear a mask as well as sanitize nearby surfaces.

In fact, the flight itself might be the least of your worries. “It’s not just the plane ride you have to consider – it’s how you’re getting from point A to point B and everything in between,” says Dr. Janine McCready, an infectious disease specialist at Michael Garron Hospital in Toronto.

Travel, she explains, often involves taking ground transportation, eating in restaurants, using public toilets and staying in places where you may not have control over your surroundings.

You also have to think about whether you are going to a region where there is a lot of local transmission of COVID-19, says Dr. McCready. Being in a high-transmission area could increase the likelihood of exposure to the virus.

And if you’re visiting older family members or someone who is not in good health, there’s a chance you might bring the virus with you and potentially infect them.

“Is it worth it?” asks Dr. McCready. “People have to make their travel decisions based on their own tolerance for risk.”

Paul Taylor is a Patient Navigation Adviser at Sunnybrook Health Sciences Centre. He is a former Health Editor of The Globe and Mail. Find him on Twitter @epaultaylor and online at Sunnybrook’s Your Health Matters. 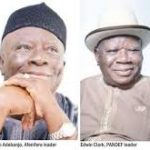