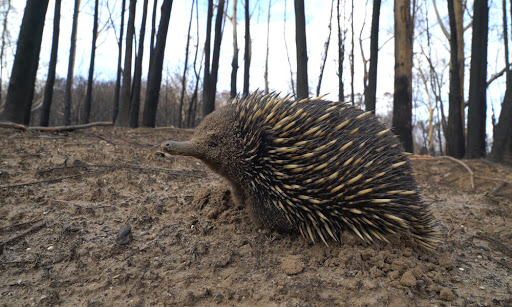 Nearly 3 billion koalas, kangaroos and other native Australian animals were killed or displaced by bushfires in 2019 and 2020, showed a study by the World Wide Fund for Nature (WWF), triple the organization’s earlier estimates.

Some 143 million mammals, 2.46 billion reptiles, 180 million birds and 51 million frogs were impacted by the country’s worst bushfires in decades, the WWF said on Tuesday.

The fires destroyed over 11 million hectares (37 million acres) across the Australian southeast, equal to about half the area of the United Kingdom. When they were blazing, the WWF estimated the number of affected animals at 1.25 billion.

It has raised the figure mainly because researchers have now assessed the total affected area rather than focusing on the most affected states.

“This ranks as one of the worst wildlife disasters in modern history,” said WWF-Australia Chief Executive Officer Dermot O’Gorman.

The WWF said it used various techniques to estimate animal populations, including using data from over 100,000 surveys. It said models could then accurately estimate animals found in areas destroyed by fire.

Bushfires in Australia are taking a toll on the country’s wildlife. Some experts estimate as much as a third of the country’s koalas have died. David Common goes to a koala sanctuary that is trying to save them. 2:07

Project leader Lily Van Eeden from the University of Sydney said the research was the first continent-wide analysis of animals impacted by the bushfires.

“Other nations can build upon this research to improve understanding of bushfire impacts everywhere,” she said.

The total includes animals displaced because of destroyed habitats and which now face a lack of food and shelter or the prospect of moving to already occupied habitats.

Researchers said the destruction will see some species become extinct before their existence is even recorded.

“We don’t even know what we are losing,” said Chris Dickman, professor in ecology at the University of Sydney.

“These were species that were here and now they have gone… It’s almost too tragic to think about.”

After years of drought made the Australian bush unusually dry, the country battled one of its worst-ever bushfire seasons from September through March, causing 34 human deaths and nearly 3,000 homes lost.

Industrial policy paved the way for Dangote’s empire. Why it didn’t deliver for all Nigerians