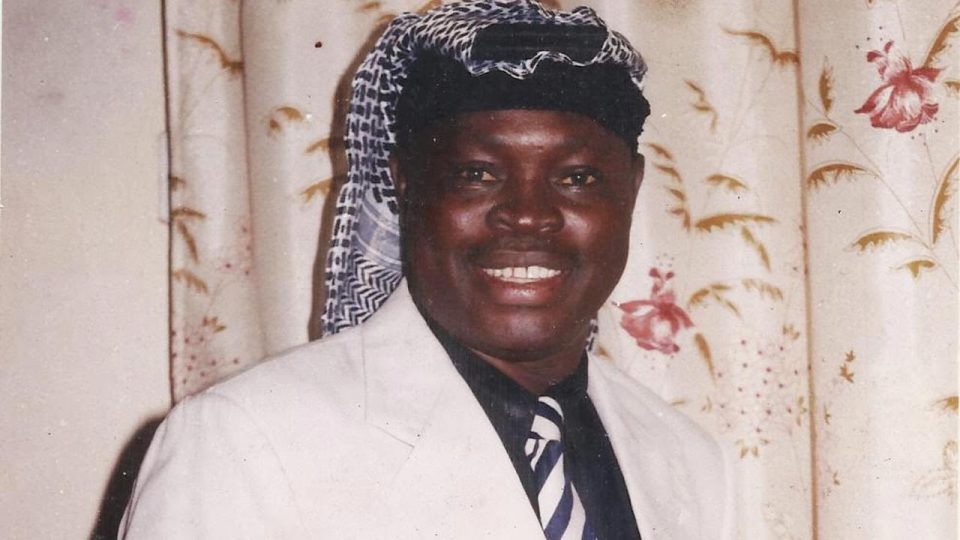 Prominent Islamic group, Muslim Rights Concern (MURIC) on Tuesday denied allegation by the head of Malian Intelligence, San Louis Keita, that it collected $200,000 from the Boko Haram terrorist splinter group, Islamic State for West Africa Province (ISWAP) to use in destabilising the country.

MURIC, in a statement by its Director, Professor Ishaq Akintola, refuted the allegation, describing it “as a wicked concoction and a lie from the pit of Jahannam. We declare clearly, categorically and unequivocally that we have never had any contact with ISWAP or any other terrorist group.”

Keita, a member of Sahara Strategy Group, (SSG), made the allegation on Friday at a conference held in Abidjan, Ivory Coast while also calling on the federal  government and relevant security agencies to probe further.

The former Malian Intelligence Chief said that the money was given to MURIC to recruit young Fulani men living in the South West (Nigeria) States of Lagos, Oyo, Ogun, Osun, Ondo and Ekiti.

Keita, said reports available to the intelligence community in West Africa listed MURIC as one of the groups that has received funds from ISWAP in the last two years.

“In Mali, we have a list of groups listed to be working for ISWAP. There is a particular group, MURIC which is based in Nigeria and led by a University Professor, Ishaq Akintolar (sic). Intelligence report shows ISWAP has been holding series of meetings with ISWAP. The group has been funded recently to the tune of 250,000 dollars brought in cash by ISWAP main agent in Nigeria who is a Lebanese working in Nigeria.

“ISWAP knows it will be difficult to recruit people of Southern origin so MURIC was asked to concentrate on Fulani who live in the South West. This information was passed on to the Nigerian authorities. We believe they will do diligent investigation and nip in the bud plans by extremists to infiltrated West Africa, ,” he told the conference on Friday.

He urged countries in West Africa to take serious the United States warning about ISIS and ISWAP plans to unleash terror on Southern Nigeria and other West African States.

But Professor Akintola on Tuesday said that the allegation of receiving $200,000 (not $250,000) as alleged by Keita, “is simply illogical. We have always condemned every act of terror whether it happened within or outside Nigeria. The motto of MURIC is ‘Dialogue, Not Violence’.  So how can we descend so low as to collect money from terrorists? Such lies will not fly. The terrorists themselves know that we can never support them. So how can they give us money?

“The allegation is dead on arrival. We are a disciplined group. We have never been known to engage in any violent protest or attack since we established MURIC in 1994. It is most diabolical to accuse a group that has pursued peaceful advocacy for twenty six (26) years of having any connection with terrorists.

“It is an attempt to give a dog a bad name in order to hang it. Those who have been persecuting Nigerian Muslims are behind the false allegation. They have been used to oppressing Muslims and spreading false propaganda without anybody stopping them until MURIC began to use superior logic to confront them.

“They scampered to safety with their tails between their legs like frightened dogs. They became jittery. They are scared of MURIC and they think the only way to continue their anti-Muslim activities is to first get MURIC out of the way using foul means, including threat of assassination and wicked lies like this.

“Their methods are not only cowardly but devilish. They are desperate. They have been using fake Islamic organisations and fictitious Muslim names to attack us because they are cowards. We have received death threats. These attacks are coming from those who feel threatened by MURIC’s defence of Allah-given fundamental human rights of Nigerian Muslims. Those who have been oppressing Muslims in Nigeria are jittery. They think the only way out is to eliminate us or smear our reputation. But they have failed.

“Just two months ago, they used a fake Islamic organization to accuse the Director of MURIC of collecting N50 million from Fulani leaders in order to destabilise Yorubaland. They label us as slaves and agents of the Caliphate. We suspect that the misinformation was sponsored by those clamouring for the creation of Oduduwa Republic which MURIC has opposed. We remain committed to the unity and indivissibility of Nigeria.

“Contrary to lies that we received these huge amounts of money, we can prove that our organization is very poor. Omoyele Sowore, a young presidential candidate who visited our office during the 2019 presidential election was shocked to see the poor condition of our office. He found a desolate office: no computers, no printers, no photocopying machines, no scanners, no air conditioners, no plasma television; just tables and chairs. We had just one laptop.

“Sowore said he was surprised that a group whose impact is felt throughout Nigeria operates from such a poor environment. Sowore is still alive and can be reached. Could we still be poor if we had received N50 million from the Fulanis and $200,000 from ISWAP? By the way, we have the right to collect contributions from Nigerian Muslims, including Fulanis but ISWAP is another cup of tea. We will not touch terrorists’ money with a long pole.

“Besides, we could not pay the salaries of our staff and we had to cry out to Nigerian Muslims on social media concerning our plight. That was just last month. Of course Nigerian Muslims promptly came to our aid. From the North and South, Muslims donated with passion. Some gave just N1,000. Others gave more. An 18 year old girl donated N500 from her allowance.

“Is that terrorist money? How can anybody suggest that we collected money from ISWAP or ISIS? Our condition started improving as soon as Nigerian Muslims intervened. We put the money contributed to good use. We started renovating and extending our office. We boldly and proudly flew Nigeria’s green-white-green flag in front of our office. Perhaps our improved condition annoyed our oppressors and that explains the latest attempt to link us with ISWAP.

“It is a wicked lie. The evidence of donations received by MURIC is there for the security agencies to see. At least they have access to bank records. The contributions came in small amounts from hundreds of members. Do terrorists donate two thousand naira (N2,000)? Nigerian Muslims saw the effectiveness of our advocacy. They realized how poor we are and decided to come to our aid. Nobody can fault that because all non-governmental organisations solicit for funds and churches also collect contributions from Christian members.

“Envious enemies of Islam are just becoming scared. These lies are now being spewed in order to stop us. They are feeling the heat of our advocacy. They have threatened to kill us but we did not bother. They are desperate. Now they are using the name of an intelligence chief in far away Mali to tell this wicked lie. We strongly suspect that it is fake news.

“Our detractors should grow up. Their allegations are spurious, laughable illogical and therefore untenable. How can a man who does not speak Hausa recruit Fulanis in order to destabilize the South West?”

“We have never received any money from any Arab country or from anywhere outside Nigeria. MURIC has branches in many states within the country and it is our poor members who contribute their widow’s mites from time to time. That was how we raised funds to purchase a building for use as headquaters in October 2017. That property is presently undergoing renovation and extension. The same method was adopted in December 2019 to buy the only vehicle owned by the organization (a bus).  Is there any crime in grassroots mobilization and self-help? Is it a crime for an Islamic organization to own property?

“We have no connection with ISWAP, ISIS or Al-Qaedah. We have always condemned terrorism and violence. We have also organised several programmes on the subject. It is impossible. The terrorists know their friends. They can never offer any money to MURIC. Our ways are not their ways. We hate violence. They love it. We respect women and adore children. They kidnap women and abuse them. We promote education and civilization. Terrorists destroy schools and cities. It is paradoxical that anybody can link us with such groups.

“We appeal to the Federal Government to investigate the source of this information. MURIC has never been involved in any international activity. We deliberately restricted ourselves to the Nigerian environment in order to avoid complications. We have enough on our hands within the country. So how can a former intelligence chief from far away Mali show interest in us? This smirks of fake news sponsored by those interested in getting MURIC out of the way.

“In our final remarks, we urge our detractors to desist from their evil ways and pursue the path of honour. We urge them to drop threats of assassination. It cannot deter us from the path of honour which we have chosen. They should also stop using non-existent Islamic organisations and fictitious names to attack us. It is the way of people who have no conscience or moral values.

“They think that it is actually MURIC or its Director who are at work but it is Allah Himself who is defending Nigerian Muslims. He is only using us. They will continue to fail as long as their ways are luciferous. Almighty Allah has a message for them: They wish to extinguish the light of Allah with their mouths but Allah will complete His light even if the unbelievers object to it (Qur’an 9:32).” 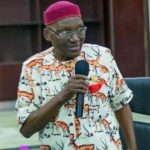 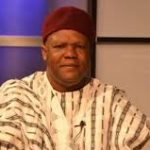