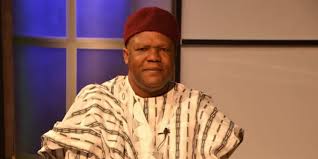 As President Muhammadu Buhari met with representatives of Nigeria Governors’ Forum over the unbaiting insecurity, a former Deputy Governor of the Central Bank of Nigeria, Dr. Obadiah Mailafia, says repentant terrorists revealed that a serving Northern Governor is a Boko Haram leader.

The meeting between the President and representatives of the Nigeria Governors’ Forum and security chiefs holding at the Presidential Villa, Abuja on Tuesday was aimed at tackling the deteriorating security situation in parts of the country, especially in the North-West and the North-East regions.

Dr Mailafia also said that there is no difference between Boko Haram/Islamic State in West Africa Province (ISWAP) terrorists and the bandits operating in other part of Northern Nigeria as they were “one and the same.”

He said in an interview with Sheriff Quadri of #MorningCrossFire on Nigeria Info Abuja 95.1FM on Monday whose video has gone viral that he had a chat with two repentant terrorists who identified the Northern Governor.

Mailafia, who was the Presidential candidate of the African Democratic Congress (adc) in the 2019 election, said the terrorists moved weapons across Nigeria even during the lockdown caused by the COVID-19.

“They told us that one of the northern governors is the commander of Boko Haram in Nigeria. Boko Haram and the bandits are one and the same. They have a sophisticated network. During this lockdown their planes were moving up and down as if there was no lockdown. They were moving ammunition, moving money, and distributing them across different parts of the country.”

Mailafia said Boko Haram had already infiltrated Southern Nigeria, adding that their plan was to spark a second civil war.

The former CBN Deputy Governor, who holds a PhD from Oxford University in the United Kingdom, said he was not one to make spurious and unfounded allegations.

He added: “They are already in the South, in the rain forests of the South. They are everywhere. They told us that when they finish these rural killings, they will move to phase two. Phase two is that they will go into urban cities, going from house to house killing prominent people. I can tell you this is the game plan.

“By 2022, they want to start a civil war in Nigeria. Don’t joke with what I am saying I have a PhD from Oxford University. I am a central banker, we don’t talk nonsense. I have this from the highest authority, some of the commanders of Boko Haram.”

Meanwhile, Zamfara State Governor, Bello Matawalle, who spoke on Tuesday at the Special Army Super Camp 4 in Faskari town, said politicians are responsible for the insecurity challenges bedeviling the country.

Governor Matawalle said: “We, the politicians, are to be blamed for the intractable security challenges bedeviling our communities. It is evident that some politicians exploit insecurity for political gains. These unscrupulous politicians would hardly commend the military for their successes at the battlefronts.

“However, they would be eager to rush to the media to report attacks by bandits or other miscreants. For these crop of politicians, politics is not about genuine commitment to the wellbeing of the people; it is all about power and nothing more.”

He however maintained that safeguarding and ensuring security was not just the responsibility of President Muhammadu Buhari, the Governors and Service Chiefs but that of every patriotic citizen. 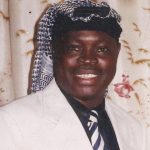 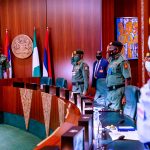