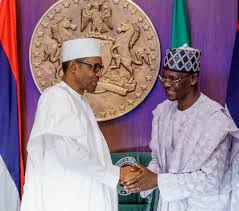 Nasarawa State Governor, Abdullahi Sule, on Tuesday said that Islamic State in West Africa Province (ISWAP)/Boko Haram terrorists’ dislodged from the Northeast region and bandits fleeing from military bombardments in the Northwest region are converging in the Northcentral State, causing a burgeoning security challenges as the terrorists take advantage of the hilly and rocky terrain of the State.

Sule told journalists after a meeting with President Muhammadu Buhari at the Presidential Villa, Abuja that to reduce their effectiveness, hunters and vigilante groups have been deployed to track them because they are more familiar with the hilly terrain.

The Governor also said that the Nasarawa State government will not rest on its oars in apprehending the criminals through the synergy and hard work of the military, Police and Nigeria Security and Civil Defence Corps serving in the State.

According to the Governor, “I came to brief the President on two areas; the area of security in our State and then the first post-COVID 19 election that we just had in Nasarawa State. We looked at the issue that you must have been hearing, about which has to do with our security challenges, of kidnappings and some killings that have taken place, where one of the traditional rulers was recently killed. I had to express great appreciation to the President, for accepting to set up the third Mobile Police training college in Nasarawa State.

“We only have two presently in the country, one in Gwoza, Borno State and another in Osun State and now we have the third one in Nasarawa State and it is set up at a place where is very hilly, where was hitherto used by kidnappers and armed robbers so at Gwoza they call it the desert training, in Osun they call it forest training and the one in Nasarawa they call it jungle hill training.  The project has been completed and we inaugurated it last week.

“I also used the visit to express our appreciation to the President for the military super camps that he agreed to set up in Nasarawa and both of them have been established and also the Air Force Special Forces in Lafia and the Military Special Forces in Doma.”

The Governor revealed that the State government has been giving the needed support to the military and other security agencies operating in the State. 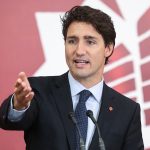 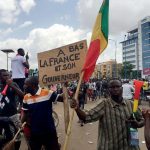