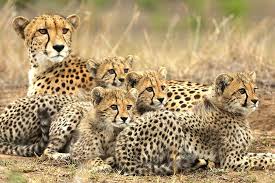 The reserve normally gives away or sells at low cost the meat from grazers such as impala and nyala, a spiral-horned antelope, that it culls each year to manage stocks, depending on the weather conditions and available grassland.

“The tourism industry has collapsed. There has been no one coming to visit,” said Roelie Kloppers, chief executive at the Wildlands, which co-manages the reserve in the heart of northern Zululand.

“Instead of culling and just giving that meat away or selling it at a very low price locally, we tried to market it,” said Kloppers, adding “we would rather have the doors open”.

Before the pandemic, local and international tourists would watch animals from lions to wild dogs – as well as the impala and nyala – on guided bush walks and game drives on the 12,000 hectare reserve.

Rising costs from safety procedures such as hand sanitiser stations, temperature checks and protective equipment for staff have added to the reserve’s burden since South Africa imposed its lockdown at the end of March. Eight jobs have been cut.

The meat is sold online through a partnership with KZN Game Meat, at farmers’ markets and at some Pick n Pay stores.

“Bills are pilling up … so we decided to cull the animals that breed in numbers so we can sell the meat to supplement income during this time,” said leader of the Emvokweni Community Trust, which owns the reserve, Fana Gumbi. Slideshow (2 Images)

The African Union estimates that African countries have lost almost $55 billion in travel and tourism revenues in just three months due to the pandemic.

“Through the meat sales market we were able to keep the ship afloat,” reserve manager Meiring Prinsloo said. 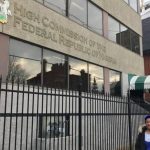 State House administers oath of secrecy on staff, warns of penalties for disclosure of confidential information