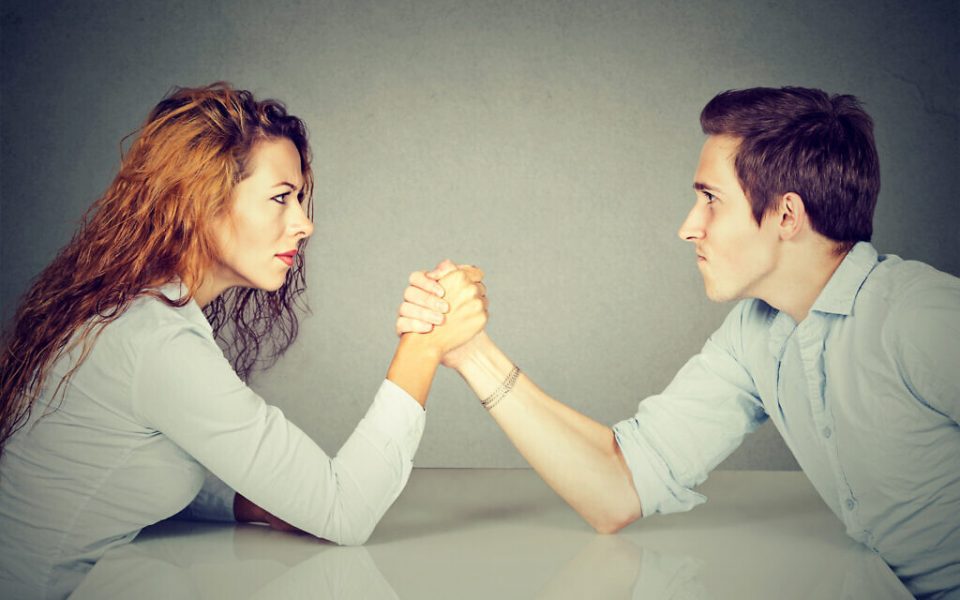 NEW YORK — Whether it’s the ability to see more colors or possessing more endurance, women may be — biologically speaking — far better off than their male counterparts. Dr. Sharon Moalem makes his case for this genetic advantage in his new book “The Better Half: On the Genetic Superiority of Women.”

“Whenever life is challenging, whether it’s pandemics or famines, you’re going to see women coming out from the pack and always doing better. Women are always going to come out on top when it comes to survival,” said Moalem in Zoom call with The Times of Israel.

Over the course of his research Moalem learned that women are more resilient and have more intellect and stamina because they possess a more complicated biology — not because of behavior.

While people inherit one X chromosome from their mother at conception, it is the chromosome received from the father that determines biological sex. Thus, females are XX and males are XY.

It is this second X chromosome that puts women at a biological advantage because it means they have twice the number of genes to help regulate their immune response. In short, a woman has more arrows in her immunological quiver when it comes to combating diseases such as COVID-19.

Moalem’s book is especially timely when seen through the lens of COVID. 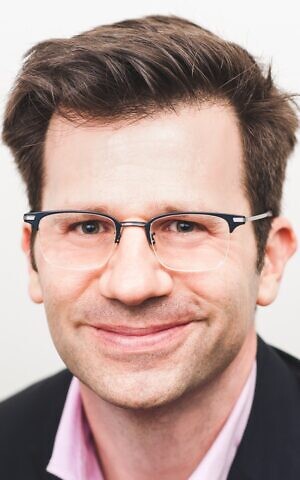 Dr. Sharon Moalem, author of ‘The Better Half: On the Genetic Superiority of Women.’ (Courtesy)

There were 22.4 million COVID-19 infections worldwide and 788,600 deaths as of this writing, according to the Johns Hopkins Coronavirus Resource Center. Data from several countries suggests women are dying from COVID-19 at lower rates than men, Moalem said. In New York, men appear to have higher infection rates and are dying at twice the rate of women, according to the New York Health Department.

While there still isn’t enough known about how and why symptoms and progression of the virus differ between males and females, Moalem said because women have stronger immune systems they are better biologically suited to deal with the virus’s assault.

“By declaring females genetically superior I’m not crowning them from a moral perspective, it’s just saying they have these biological advantages that males don’t,” said the physician, research geneticist and author.

The following conversation has been edited.

Times of Israel: The book opens with a list: women live longer than men, they have stronger immune systems, they’re less likely to suffer from developmental disabilities, they’re more likely to see the world in a wider variety of colors, they are better at fighting cancer. Did this ruffle some readers’ feathers?

Moalem: I found that people who are offended tend to take this personally. I no longer view females’ survival advantage to be behavioral in origin; I know it to be genetic. So if you’re still of the worldview that it’s your fault if you’re not living long and healthy — you didn’t go to the doctor, you didn’t eat right, you took too many risks, you did drugs, you used alcohol, or tobacco — it’s understandable you would find the book offensive.

In fact it’s exactly the opposite with my message, which is we need to do a lot more to take care of men because they are born at such a disadvantage. That disadvantage is unfortunately what we are seeing with COVID. There is now a 2.4 times higher mortality rate for men when you adjust for age. 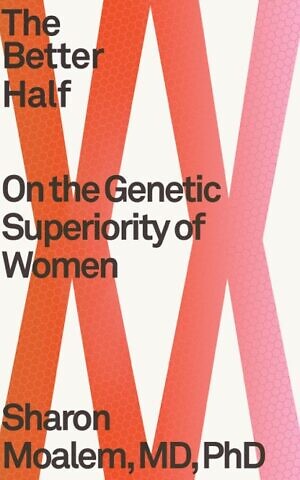 ‘The Better Half: On the Genetic Superiority of Women,’ by Dr. Sharon Moalem. (Courtesy)

Initially, there were articles suggesting those differences were because of behavior, like men smoke more, or drink more.

Right, in the beginning people were saying [the COVID-19 death rate] has to be [linked to] behavior because in China 60 percent of men smoke and only three percent of women smoke. And then we saw it’s the same mortality rate regardless of smoking. In fact, you are somewhat protected if you smoke, to the point that in ICUs there are clinical trials using nicotine patches.

It’s only when they realized that if 60% of men in China smoke but only 10 or 20% of the men in ICUs were current smokers that it’s obviously not behavioral. Luckily, people followed up on it. So it just shows you if we’re stuck with this behavioral outlook it anchors us in a negative way. It keeps us from developing new therapeutics.

According to your research women are better at producing antibodies. Is this something pharmaceutical companies are looking at while developing therapeutics and vaccines against COVID?

No. They’re not looking at this.

When it comes to clinical trials, women are often not included in large enough numbers to give us an idea of what is happening. Part of the reason is it’s harder to recruit women of reproductive age for clinical trials, where men just show up. 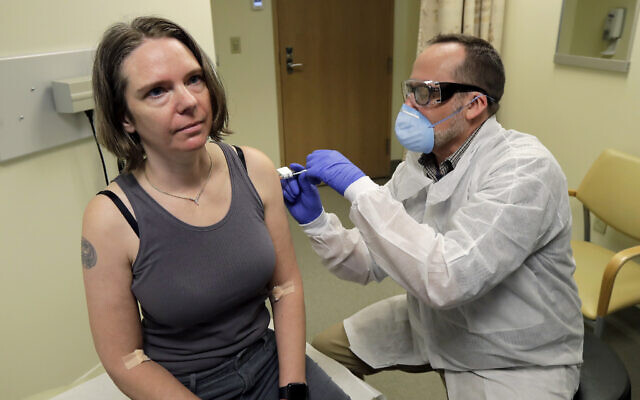 Illustrative: In this March 16, 2020 file photo, a pharmacist gives Jennifer Haller, left, the first shot in the first-stage safety study clinical trial of a potential vaccine for COVID-19, the disease caused by the new coronavirus, at the Kaiser Permanente Washington Health Research Institute in Seattle. (AP Photo/Ted S. Warren, File)

So all our childhood vaccines are one size fits all? How does that impact us?

Women will get more side effects from vaccines because they have such an aggressive immune system. The benefit to that is it’s much more likely the vaccine will take in women than in men.

After reading your book it seems drug dosing should be much more specific than, say, “adults take two capsules every 4-6 hours and children under 12 take one capsule.”

I think future generations will look back and say “How did they not think to be more specific?” You go to a shoe store you ask for your shoe size. You get things to fit.

We know that at least half of the drugs we prescribe work differently in a man’s body than in a woman’s body, but we still give the same dose. 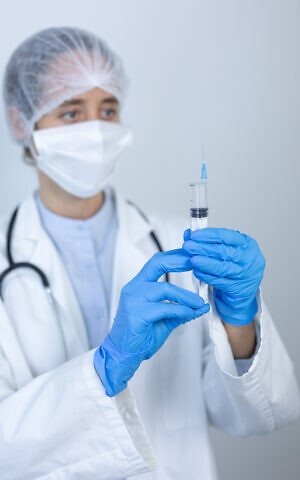 I think a bartender has a better idea of how drugs act between the sexes than your family physician. It’s not the doctor’s fault; pharmaceutical companies don’t give actual sex dependent dosing because the law doesn’t require it. Until the FDA makes that a law, you’re never going to see that happen because to do that would be almost twice the end development cost for every drug.

Can you talk a little bit about how women frequently experience more side effects from drugs than men, but that many physicians dismiss their complaints?

We’re probably overdosing women. When it comes to breaking poisons down in drugs, the female system is much slower. All the calculations we do for drug absorption time is based on the male body. We just transpose everything we learn about men on to women and hope it works. We’ve been very lucky. I would argue for a separate but completely parallel approval process for men and women.

Do women pay a price for having stronger immune systems when it comes to COVID-19?

Yes. The price women will pay for surviving and not having a serious infection is something being called Long COVID. It seems to be a lingering autoimmune reaction after COVID-19. Women are experiencing almost a chronic fatigue or fibromyalgia. They’re not recovering. 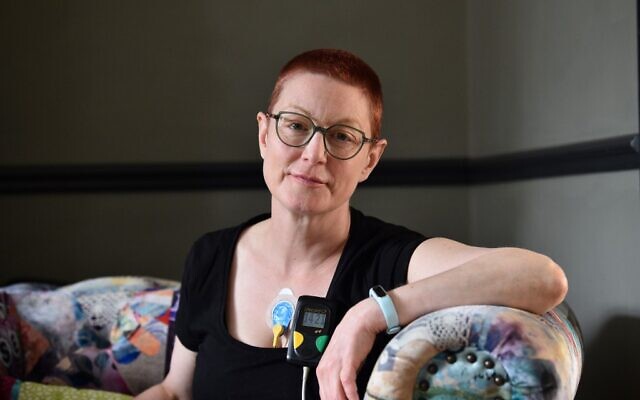 How do we use what you’ve uncovered in your research to help both genetic males and females?

Both sexes stand to benefit from more research. We can only study one sex to help another if we accept there are underlying differences that we can’t change that have a biological origin.

The morbidity that women face because of autoimmune diseases is pretty severe. With lupus it’s a 9:1 ratio, with muscular dystrophy it’s 4:1. All of these conditions make life unbearable at times. We need to understand how it is that men don’t develop those conditions.

Behavior aside, if we accept there are basic biological differences, if we see that the male immune system is pacifist by nature, that it doesn’t turn on itself, then we can think about how to apply that pacifism to the female physiology. 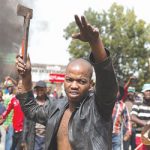 Implications of Government’s Inaction Over Killings in Nigeria 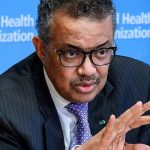 U.S. Black-owned Tech Firm Awarded Patent For Smartwatch That Could Save Your Life