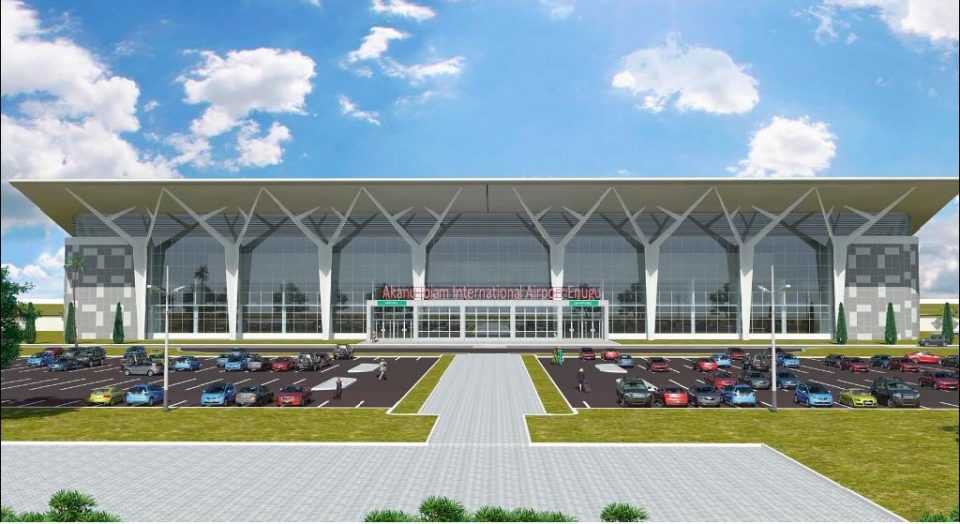 Hardly do you have any huge federal project come to the South East or Ndigbo that will not generate its accompanying controversy. If it comes without such hullabaloo, something must be missing.

Two key projects that have come to the South East with such attendant controversy are the rehabilitation of the Akanu Ibiam International Airport, Enugu and the construction of the Second Niger Bridge, Onitsha, Anambra State. The strategic economic and socio- political importance of Enugu international Airport cannot be over-emphasized.

With the international airport in operation, business tycoons in Onitsha and Aba would be relieved of the stress of travelling through Lagos and the unbearable road issues to and from.

It was clearly against this backdrop that the federal government had to bow to pressure and decided to upgrade and uplift the Airport to its deserving status.

Air travelers both within and outside the country had to bear the enormous inconveniences of long time total closure of the airport because of what they look forward to gaining in the end, a modern comfortable airport. All hands were then put on the deck by both critical and non-critical stakeholders to ensure its smooth progression towards meeting the programmed time of completion.

One major stakeholder that came out forcefully to see the project through to meet the desire of the people is the Enugu state government under the able leadership of Governor Ifeanyi Ugwuanyi (Gburugburu).

Everything expected of Enugu State as the host of the airport was facilitated promptly. The demand for land for an expanded runway to meet the international standards demanded by the international airport standardization was quickly promised and delivered. Everything needed by the contractors to achieve quick result was assured and delivered. Because of the regional importance of this project, Governor Ugwuanyi had boosts from his colleagues, the South East Governors who also gave their moral and other logistic supports.

The enthusiasm of all was however lowered when the irrepressible COVID-19 took the world like a storm and disrupted the initial reopening plans. The timing of the finishing and the reopening of the airport was expectedly and drastically altered.

You can therefore understand the relief, excitement and joy of the intended airport passengers when the Minister of Aviation, Hadi Sirika, announced that the airport will be opened by the end of this month (August).

But just as the high expectations were growing, awaiting the D-Day, ugly stories started rearing their head from Enugu State, as it relates to the project.

First was the embarrassing willful destruction of the fence of the airport by an individual called Architect John Emejulu. He was said to be laying claim to a section of the land that was supposed to be part of the airport expanded tar mark.

Emejulu’s claim to the portion of the land was even discredited before the Enugu State Government reacted to it. The original owners of the land in question, some families in Nike, Enugu revealed how the same man had been harassing and intimidating them trying to extort money over the land.

As if the Emejulu issue was not enough embarrassment, some members of  the near moribund Nigerian Railway Corporation station in Enugu are also coming up with their own claim that they own some lands in the area.

They even went further in what looks like a blackmail, to accuse the Enugu State Government of frustrating the Federal Government’s efforts to the extension of its standard gauge railway project to the South East, by demolishing some of its facilities.

The Enugu state Government had claimed that some of the property linked to the Railway station was obstructing the rehabilitation job of the Airport.

In a further reaction to the Railway Corporation allegations, Enugu state Government through its Commissioner for Information Chief Chidi Aroh warned that it would not be cajoled into avoiding what it needs to do in the interest of the people of Enugu State and indeed the South East region.

Chief Aroh, who described the Railway statement as unfortunate, deliberate and malicious falsehood, however assured that no amount of “calculated attempt to bring the State to disrepute will deter it” from implementing the request of the Federal Airport Authority of Nigeria (FAAN) and the resolution of the South East Governor’s Forum towards removing all obstructions to the reconstruction and critical infrastructure works at the Enugu airport.

The Commissioner expressed the determination of the Enugu State Government to the full implementation of the directive of the South East Governor’s Forum, which is in the interest of the people of the region.

Given the strategic importance of the Akanu Ibiam International Airport and the high expectations of the people to its completion, GUN cannot but align itself to the position of the South East Governors and encourage Governor Ugwuanyi and his government to remain unrelenting in giving high priority to the completion of this project, no matter the distractions.

Any side talk or actions and distractions from individuals or bodies must be ignored and treated as coming from enemies of Ndigbo. The truth is that Ndigbo are looking forward to the timely completion of this project.

GUN believes that giving attention to these people at this time is to play into the hands of the federal government who has been faithful on this project. No loophole or excuse should be allowed to delay and even cause the abandonment of this project. There is an Igbo saying that when you get a gift from an unexpected quarters, you hurry in collecting it before he changes his mind. Therefore, enough of these distractions on the Akanu Ibiam International Airport project completion. 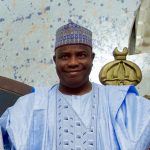 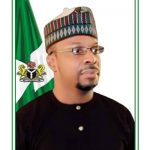 Buhari Laments Corrosive Effects Of Corruption In Africa At UN, Urge Leaders To Fight It ‘24/7’