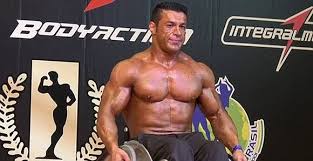 A wheelchair-bound bodybuilder in Iran could face the death penalty for questioning why gyms were closed due to coronavirus but religious shrines allowed to stay open.

Reza Tabrizi, a bodybuilder who won a silver medal for powerlifting at the 2011 New Zealand Paralympics, argued on Instagram that it was ‘hypocritical’ to close gyms in the holy city of Mashad while allowing pilgrims to visit the Imam Reza Shrine.

Alinejad also tweeted a video showing religious hardliners arresting Tabrizi, who can be seen struggling to walk as he is escorted from his gym to a waiting police car. 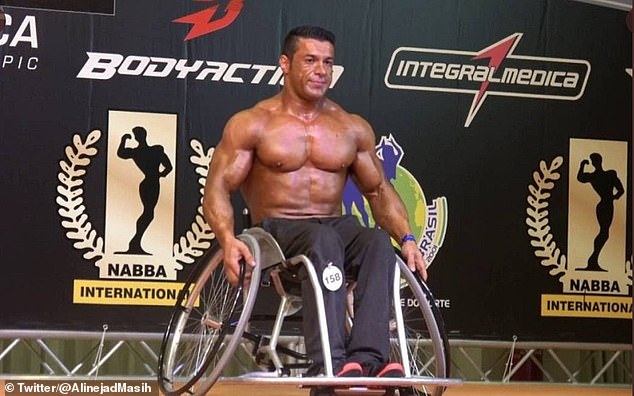 Reza Tabrizi, a bodybuilder who won a silver medal for powerlifting at the 2011 New Zealand Paralympics, could face execution for questioning why gyms in the holy city of Mashad were closed while shrines were allowed to stay open 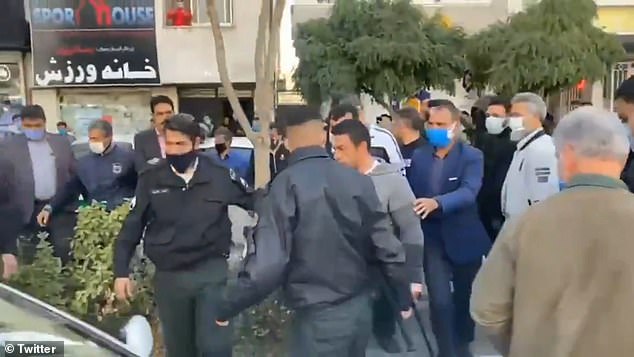 In a separate video, a man can be seen ripping down a sign hanging outside the gym.

Iranian cleric Morteza Mustafazadeh, the head of Iran’s powerful Basij militia – who has called on the bodybuilder to be executed for his comments – wrote on Instagram that he was grateful Tabrizi was now behind bars.

‘This guy had posted a threatening insult on his Instagram account and thought that in the country ruled by our religious beliefs he could do any damn thing that he wants. Thanks be to God he is now behind bars,’ he said.

Tabrizi issued a statement since his arrest apologising for any offence caused by his comments.

‘I apologise to all my friends and fans and hereby state that the love of our religious saints runs in the blood of my family and if as a result of a moment of negligence I have hurt your feelings I do sincerely apologise and ask for your forgiveness’.

In one of the clips, a man can be seen tearing down a banner hanging outside Tabrizi’s gym in Mashad, Iran

The Islamic Republic has kept religious shrines open to the public despite the high rate of coronavirus infections in the country. Last week Iran reported a record 458 deaths in a single day.

According to the Telegraph, Tabrizi has been accused of being a ‘stooge’ for French President Emmanuel Macron and of insulting religious believers.

Macron recently sparked outrage in the Muslim world for refusing to condemn the publication of cartoons of the Prophet Mohammed in the Charlie Hebdo magazine and for declaring a war on ‘Islamist separatism’.

In September, Iran executed 27-year-old wrestler Navid Afkari despite an international campaign to spare him the death penalty. 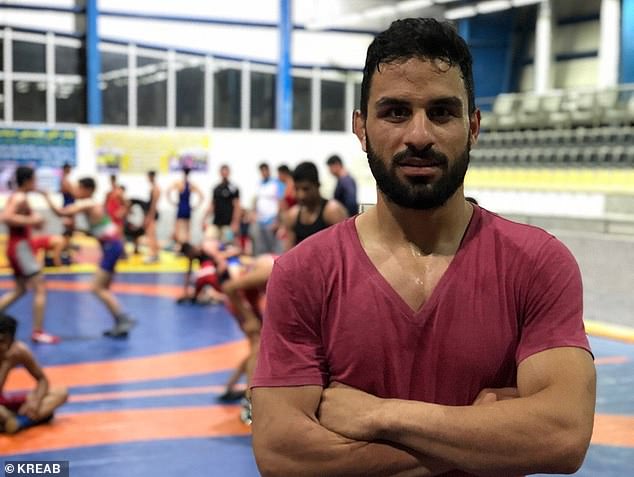 Afkari was put to death in the southern city of Shiraz on the 12 September for the murder of a water department worker who was stabbed to death during protests in the country in August 2018.

Iranian officials released an 11-minute video of Afkari confessing to the crime, but he  maintained his innocence through his social media channels up until his death.

Campaigners argued he was being framed for the murder by the regime, who were eager to silence one of their critics. 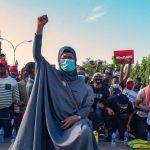 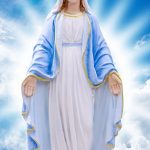 Opposition against re-starting of Premier League in June mount