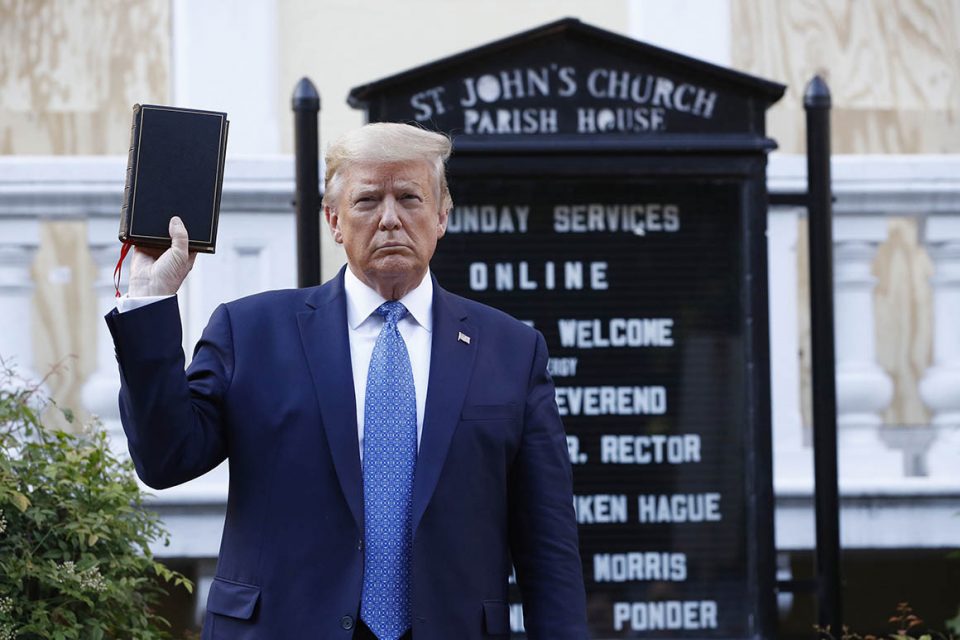 As President Donald Trump continues to defy calls to concede the election, it’s possible that he’s leaning on a cadre of modern-day “prophets” for support.

Led by his own pastor, Paula White, and a coterie of Pentecostal and charismatic leaders around the country, this is a movement that believes that apostles and prophets exist today, just like in biblical times.

Some in this movement prophesied Trump’s 2016 election well before the fact and they firmly believe God has ordained a second term for the incumbent president.

“It seems that Trump and his handlers are watching this scene pretty closely,” said Erin Prophet, an assistant religion professor at the University of Florida who studies prophetic movements. “Many people believe these prophecies are meant to be fulfilled, and if they are not, they will lose faith.”

There are many of these prophets, ranging from the famous ones (televangelist Pat Robertson who has predicted Trump will be re-elected) to the unknown-but-offbeat ones like the pink-haired Kat Kerr of Jacksonville, Fla. Back in 2018, she said that not only would Trump have two terms, but so would Vice President Mike Pence when he will run for president, as will Pence’s running mate.

Currently, the possibility of a Republican president is looking dimmer and dimmer as election results show President-Elect Joe Biden eking out a victory even in traditionally GOP states such as Arizona and Georgia.

But these modern-day prophets aren’t taking no for an answer. As Pentecostal (also called charismatic) Christians, part of the world’s fastest-growing form of Christianity, these prophets may be providing the spiritual backbone that Trump needs as he remains shuttered in the White House.

There are about 66 million Pentecostal or charismatic Christians in the U.S, according to Holly Pivec, co-author of a 2014 book “A New Apostolic Reformation? A Biblical Response to a Worldwide Movement.” Most are Protestant evangelicals, and to a lesser degree, Catholics, especially Latinos.

As proof of their authenticity, they point to past prophecies that have come to pass. Mark Taylor, the Orlando-based writer of the book “The Trump Prophecies,” said in October 2015 that not only would Trump be elected, he would get to appoint three Supreme Court justices. Most presidents only get one such pick per term, so three seemed quite a stretch at the time.

Trump’s third nominee, Amy Coney Barrett, had barely taken her place on the U.S. Supreme Court bench when Trump got narrowly defeated on Nov. 3. Even though former Vice President Joe Biden has been declared the winner, White, 54, is having nightly prayer meetings at her Apopka, Fla., City of Destiny church to “declare” Trump’s victory. A video, captured by RightWingWatch, of her chanting half in English and half in tongues as she called in angels from Africa and South America to give Trump victory got so many jibes that her ministry took it off her website.

She is still holding out for a Trump win. On Nov. 12, she prayed for “a bold spiritual army in America” to restore Trump’s victory via prayer.

“Prophecy is a battle,” she said. “It is a weapon (God has) given us in battle.”

Arguably America’s most powerful female religious figure, White is not alone. Soon after the election, a statement on the Christian Broadcasting Network, founded by Robertson, now 90, stated “it’s not over” and added that “many tried and true Christians” thought they’d heard God tell them Trump would win a second term.

They included Kris Vallotton, 65,  the resident prophet at the Redding, Calif., mega-congregation Bethel Church and Jeremiah Johnson, a Lakeland, Fla., evangelist who prophesied that Trump would be elected by the help of praying baby boomers. After some blowback headed his way after the election, he defiantly posted the following post on Facebook on Nov. 7:

“While we wait until January to determine our next US President, observe the stunning blindness and hypocrisy in the body of Christ. Christians who voted for the shedding of innocent blood, the Equality Act, and anti-Israel legislation (ALL things God HATES) are now picking up stones to persecute prophets who supposedly missed it.”

Steve Schultz, founder of the prophetic website Elijah List, which has a YouTube broadcast called Elijah Streams, commented Nov. 10 that interest in the prophetic is so high right now, he’s getting 100,000 views for some of his broadcasts.

“The prophets aren’t backing off what they prophesied,” he said on the air. “They’ve known it, they’ve said it; they are not backing off.”

One such individual is Charlie Shamp, 38, a North Carolina evangelist who — unusual even for this movement — has affixed the title of “Prophet” before his name. Interviewed on Nov. 10 by Schultz, he said his fellow prophets had called the election correctly despite what the headlines say.

“When you have tested prophets that have got numerous prophetic words over the years correct, you begin to question the narrative that is presented to us and stop questioning whether the prophets got it right or not,” he said. “When we have the church believing the media more than the prophets, there needs to be a discernment coming back to the body of Christ after four years of lies from the media.”

Shamp has prophesied that a sudden turnaround will happen in Pennsylvania and told Schultz that God will post a double rainbow around the White House as a sign. Without mentioning names, he took a shot at some prophets who had backed down from their predictions of a Trump victory.

“Those who do not have a spirit of discernment, they are backing down but we’re not backing down,” he said. Noting that he had predicted two years ago that a “red tide” would sweep the 2018 elections (it didn’t), he excused his mistake by saying God had intended for that to happen, but “something not right in the American election system” had stymied the divine will. At the time, Shamp apologized for his mistake.

“I took a hit for that and I said, you know what – I am going to bow down,” he remembered. “But I do not bow down anymore. There were too many inconsistencies that happened on Tuesday; too many things that, if you have eyes to see and ears to hear, church, you know that something was not right.”

Shamp’s criticism of prophets who are “backing down” may have referred to Vallotton, who apologized on Instagram after the election for prophesying a Trump victory.

“I was completely wrong,” Vallotton said in a video. He continued:

“I take full responsibility for being wrong. There was no excuse for it. I think it doesn’t make me a false prophet, but it does actually create a credibility gap. A lot of people trust me; trust my ministry. I want to say I am very sorry to everyone who put their trust in me. There was this major, major mistake.

“I want to say I’m sorry and I want to look into the reasons why there was a disconnection there in what I heard. I have always believed that when you make a public declaration; that if you get it wrong, you have to make a public apology.”

Pushback within the movement was swift, and Vallotton quickly reversed himself, removing the video from his account. In a second video, he said he had gotten “thousands” of responses saying he had apologized too soon; that he was naively believing the media or that he was a coward.

Pivec said Vallotton’s quasi-confession was significant because of his prominence in the movement. Vallotton has not only has written three books on prophecy, he is Bethel’s chief prophetic voice.

In charismatic circles, “if you have the gift of prophecy,” Pivec said, “you can make mistakes and that doesn’t make you a false prophet. But someone like Vallotton says they not only have the gift or prophecy, he has the office of prophet. And in the office, you are claiming your words are authoritative and must be obeyed.”

The Old Testament deals with wrong prophecies by saying to either ignore the prophet in the future (Deut. 18:22) or to stone them if they tell believers to worship other gods (Deut. 13: 1-11).

“The idea is that if you have the office or prophet, you shouldn’t miss it much,” she said. “When prophets in this movement miss, they will spiritualize the prophecies to say President Trump may have not won in a literal sense but there was a spiritual victory. Or they can say he did win it, but it was stolen from him. They are always able explain it away. What Kris Vallotton did surprised me a little bit. But then he pulled back.”

Erin Prophet believes that when Biden is inaugurated on Jan. 20, today’s prophets will reframe their predictions, similar to what Seventh-day Adventists did when Christ did not return on Oct. 22, 1844, as their prophets had promised he would.

“They are trying to preserve their relevance and encourage people to not give up,” she said. “Some will go to their graves trying to convince people the Lord’s plan is in effect.”

Some in the prophetic movement believe the presidency will be restored to Trump through the Supreme Court in a replay of Bush v. Gore, but only if American Christians intercede in prayer.

“The justice scale is resting in the center, the heart of the nation,” said Shamp. “It’s either going to go one way or the other way. The only deciding factor that is going to change this moment in history is the church.  The church has to rise take hold of the prophetic word, decree it and do not let go of it.”

Julia Duin is a veteran journalist who has worked as an editor or reporter for five newspapers, has published six books and has master’s degrees in journalism and religion. She currently freelances out of Seattle for the Seattle Times, Washington Post and other outlets. 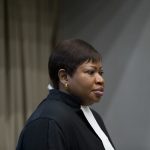 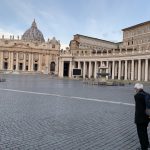