Twitter on Friday suspended an account of Iranian supreme leader Ayatollah Ali Khamenei’s office after it posted a photomontage of former US President Donald Trump playing golf under the shadow of a warplane alongside a pledge to avenge a deadly 2020 drone strike he ordered.

The post on the @khamenei_site Twitter account late Thursday warned there was no escape from payback for the US strike outside Baghdad airport which killed Iran’s foreign military operations chief General Qassem Soleimani and his Iraqi lieutenant.

“Revenge is inevitable. Soleimani’s killer and the man who gave the orders must face vengeance,” it said.

“Revenge can take place at any moment.”

However, Khamenei’s office runs several accounts and the others were still working, including his main account, which he regularly uses to call for the destruction of the Jewish state.

Twitter has refused Israeli pleas to close such accounts and ban the Iranian leader’s genocidal comments, to no avail. Last year, a Twitter official told MKs those tweets did not breach its policy, since they were regarded as “saber-rattling.”

Trump left office on Wednesday and flew straight to his Mar-a-Lago golf club in Florida, without attending the inauguration of his successor US President Joe Biden.

Iranian officials have pledged repeatedly that Soleimani will be avenged. 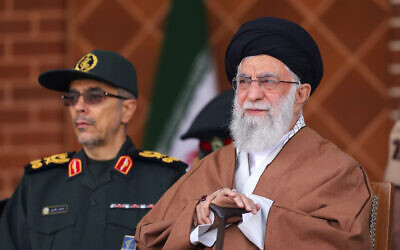 Earlier this month, on the first anniversary of his killing, judiciary chief Ebrahim Raisi warned that not even Trump was “immune from justice” and that Soleimani’s killers would “not be safe anywhere in the world.”

Soleimani was the head of the Islamic Revolutionary Guard Corps’ powerful Quds Force, which has been designated a terrorist organization and accused of aiding Shiite forces that killed thousands of American troops in Iraq. He also backed Shiite terror groups like Hezbollah and forces fighting in Syria and Yemen.

Twitter’s move against Khamenei comes after it suspended Trump’s account following the storming of the US Capitol, citing the “risk of further incitement of violence.”

The social platform had been under growing pressure to take further action against Trump following the January 6 deadly insurrection. Twitter initially suspended Trump’s account for 12 hours after he posted a video that repeated false claims about election fraud and praised the rioters who stormed the Capitol.

Following the banning of Trump’s account, pressure mounted on the social media company to also target others who incite violence.

Israel has long-called for Twitter to act against Khamenei’s accounts over their “anti-Semitic and genocidal” messages.

Strategic Affairs Minister Orit Farkash-Hacohen sent a letter to Twitter CEO Jack Dorsey last year calling for the “immediate suspension” of Khamenei’s account “over his consistent posting of anti-Semitic and genocidal posts,” her ministry said in a statement.

“Examples of such include Khamenei calling for the ‘elimination’ of the ‘Zionist entity’ while asserting the ‘Zionist regime is a deadly, cancerous growth,’ which must ‘be uprooted and destroyed,’” the letter read.

Last May, he posted a graphic endorsing Israel’s destruction that invoked the term “final solution.”

The term “final solution” usually refers to the Nazi policy of extermination carried out against Jews during the Holocaust. 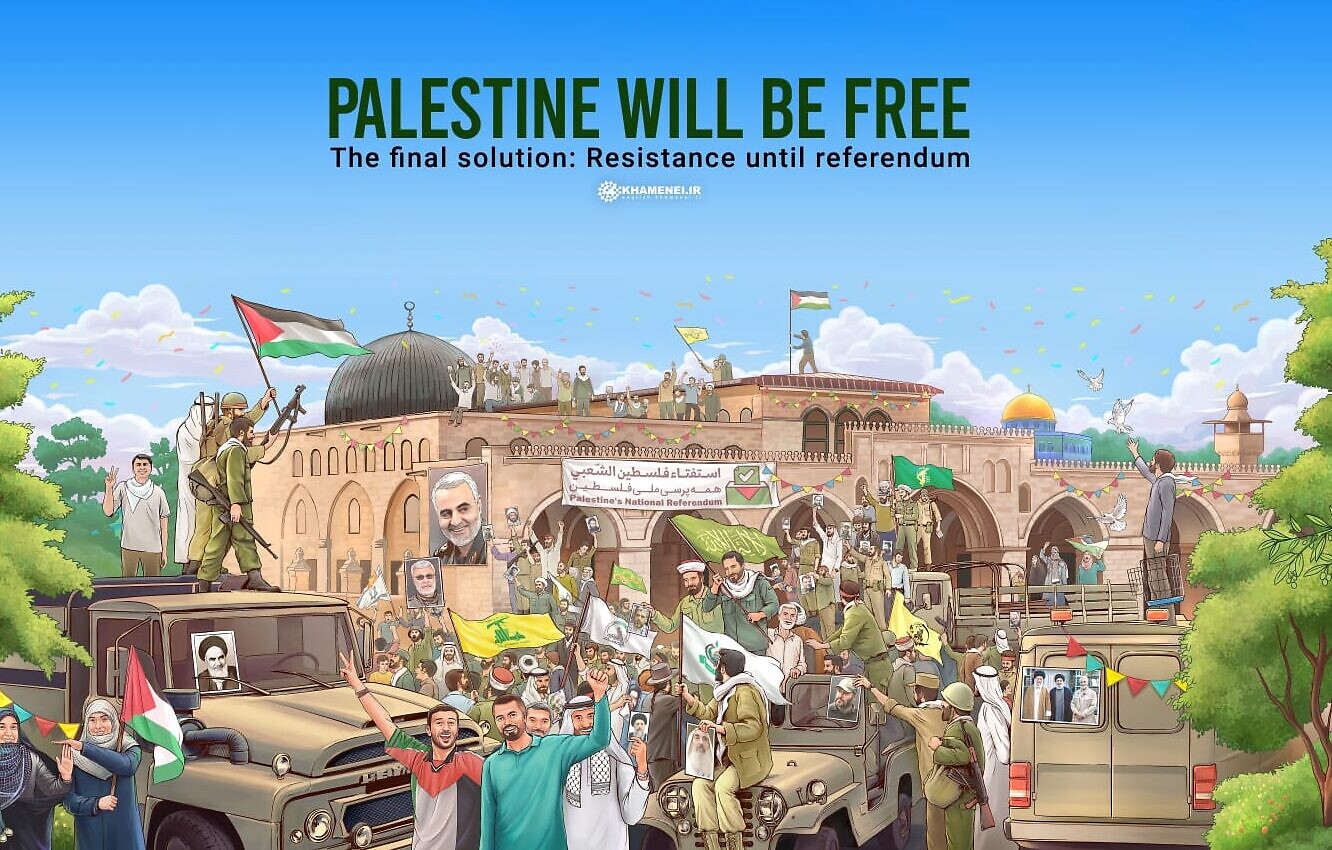 A poster from Iranian Supreme Leader Ayatollah Ali Khamenei’s website calling for Israel’s destruction that uses the term “final solution,” which usually refers to the Nazi policy of genocide against Jews during the Holocaust. (via english.khamenei.ir)

Last July, a Twitter official told MKs that the tweets in which Khamenei calls for Israel’s destruction do not violate the company’s rules against hate speech, and indicated that they are considered mere “foreign policy saber-rattling.”

“We have an approach toward leaders that says that direct interactions with fellow public figures, comments on political issues of the day, or foreign policy saber-rattling on military-economic issues are generally not in violation of our rules,” Ylwa Pettersson, Twitter’s head policy for the Nordic countries and Israel, told the Knesset’s Committee for Immigration, Absorption and Diaspora Affairs, via video-conference.

In the past, Israel has managed to have Twitter ban only Israelis from seeing tweets from terror groups, including Gaza rulers Hamas.

Iran is openly sworn to Israel’s destruction and financially supports terrorist groups, like Hezbollah and Hamas, which are committed to this aim. Obi: With Me, Nigeria Will Have Equal Representation Between Rich And Poor, Vows To Implement Marshal Plan On Education