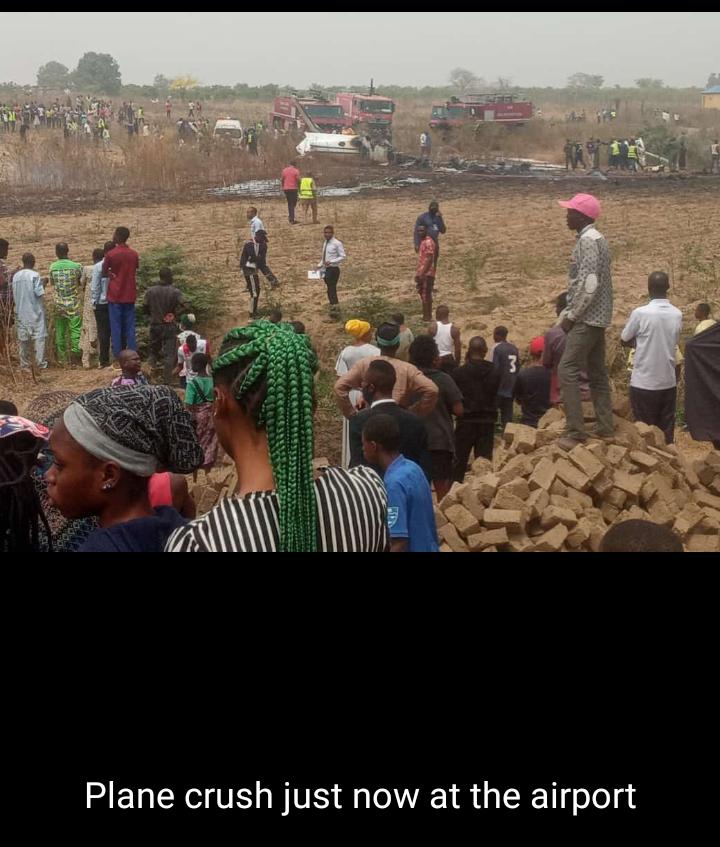 The black box and the cockpit recorder of the crashed Nigeria Air Force (NAF) Beachcraft aircraft in which seven personnel were killed has been recovered.

The aircraft, which was  en route to Minna, Niger State capital, crashed shortly after the perimeter fence of the Nnamdi Azikiwe International Airport, Abuja.

In addition, the bodies of the seven personnel of the NAF who died in the crash were collected in body bags and hauled into waiting ambulances.

Firemen attached to the Federal Airports Authority of Nigeria (FAAN) succeeded in putting out the fire after noon while officials of the National Emergency Management Agency (NEMA) and the Federal Road Safety Commission (FRSC) were on ground.

At about 1:30pm, a team of investigators arrived the scene from the Accident Investigation Bureau of Nigerian (AIB-N).

Working with the Air Force personnel, the investigators immediately mapped out the accident scene, examining the scene and also identifying body parts of the aircraft which laid strewn around the crash site.

At about 2pm, all emergency rescue teams had completed their task and they were ordered to leave the scene for the investigators to access the pattern of crash without disruption.

However, one of the persons who witnessed the air crash said that the ill-fated aircraft struggled for balance and began descending dangerously until it hit a mango tree close to a stream behind Basa village close to the airport.