The Armed Forces of Nigeria on Friday cleared trucks and other similar vehicles conveying agricultural products from the North heading towards the Southern part of the country who were prevented from continuing their journey but turned back along Kaduna-Jebba road “by some unscrupulous elements.”

The “unscrupulous elements,” who are cattle and foodstuff dealers, under the aegis of Amalgamated Union of Foodstuff and Cattle Dealers of Nigeria (AUFCDN), were enforcing the strike action it embarked upon by its members which commenced on Thursday at the expiration of a seven-day ultimatum given to the federal government to attend to their specific demands.

In the trending video of the event at Kaduna-Jebba road, some Northerners stopped lorries and trucks carrying yam, pepper, tomatoes and rice from crossing over to the Southern part of Nigeria. the lorries and trucks were being forced to off-load their goods or go back before the Niger bridge in Jebba.

The union had demanded payment of N475 billion compensation for lives of members and properties lost during the #EndSARS protests and Shasa market crisis, and the dismantling of all road blocks on federal highways where their members get subjected to extortion and harassment when carrying out their duties.

Grand Matron of AUFCDN, Hajia Hauwa Kabir Usman, who announced commencement of the strike asked the Nigeria Police not to disturb the “Task Force” of the union who will carry out enforcement of the strike by ensuring that no food and cattle were moved from North to the South.

Usman said: “The leadership of the union has already made a strong plan to ensure that all our exits (our borders) between the Northern and Southern part are closed.

“Every truck that will go out has to be checked. If you carry any food or cattle, you cannot take it out except you take it back or be destroyed there. None of the security agents should dare intimate our Task Force members because if they do, we will fight it legally.”

But Defence Headquarters, in a statement by Director, Defence Information, Brigadier General Onyema Nwachukwu, said: “It has been notified of a video trending on social media indicating that trucks and other similar vehicles conveying agricultural products from the North, heading towards the Southern part of the country were being prevented and turned back along Kaduna-Jebba road by some unscrupulous elements.

“The Defence Headquarters wishes to clarify that following the tension generated by the incident, joint troops comprising the military and other security agencies were deployed to clear the Jebba – Kaduna road and have since restored normalcy in the general area. There is currently free flow of traffic along the axis.

“Members of the public commuters and residents are please urged to go about their normal businesses. This is also to give a stern warning to any unscrupulous group or persons who are aiming at disrupting legitimate economic and commercial activities by preventing free flow of traffic and movement of goods in a bid to generate clashes along ethnic divides to desist from such unpatriotic acts or face the wrath of the law.”

Already, with the strike on the second day, prices of cattle has jumped in Southern Nigeria especially the Southeast region.

And the strike has got the endorsement of the controversial Special Adviser on Media to Governor of Kano State, Salihu Tanko-Yakassai, who has declared his support for striking cattle traders.

Reacting to the ongoing strike via Twitter, Tanko-Yakassai said he hoped trailer drivers will also embark on the same strike so the South can know their importance.

”I endorse this strike %100. I wish trailer drivers will do their own too so that the South will know their importance and stop attacking them whenever there is chaos in that part of the country, with nobody being held accountable nor the victims being compensated.” 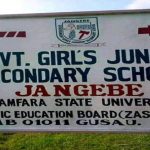 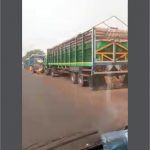