For me, the US and the EU must be the twin fathers of hypocrisy. According to Christopher Kelly and Stuart Laycock’s book, America Invades, the United States alone has invaded or fought in 84 of the 193 countries recognized by the United Nations and has been militarily involved with 191 of 193 – a staggering 98 percent.

Five main factors inform this memo. One, Europe, through Great Britain as the erstwhile colonial rulers, midwifed the birth of this unworkable federation of Nigeria; two, America, particularly the White House under Barack Obama, aided the Muhammadu Buhari accession to power on the platform of the All Progressives Congress, APC, and three, these regional powers are friends (so they say) of Nigeria, and because they are friends indeed, here we are really in need.

The fourth factor is that as a nation we have proved unable to help ourselves and do badly need friendly help. Not the least of the factors prompting this memo to the EU and the US is the absolute need to save Nigeria’s democracy because if it collapses here it would have ripple effects on the rest of Africa. No doubt, the sincerity or otherwise of the friendship of these two most formidable power blocs has proved to be a key determinant of global peace.

The US blunder under Hillary Clinton as Secretary of State and Obama as President led to the decimation of one of Africa’s most progressive and selfless leaders, Col. Muammar Gaddafi of Libya. The needless and brutal removal of Col. Gaddafi has helped to fuel terrorism in Africa, particularly in Nigeria where the Boko Haram terror group found the uncoordinated and dispersed Libya rebels as recruitment reservoirs for their nefarious operations.

That ego trip to curtail the rising profile of Gaddafi brought the world to this pass that has not only wasted lives and property but also has stifled peace in the Sahel region comprising Nigeria, Niger Republic, Chad, Cameroon, and, of course, Libya.

The collateral effects of any action in Africa make it imperative that those in a position to influence things should be circumspect. Officials of both the US and the United Kingdom have described the current situation in Nigeria, especially the prevalent insecurity, as very pathetic and complicated. What does that indicate? The West is confused and undecided about what to do or how to go about it. This expression of helplessness from those who should know and who we look up to for assistance in times like this is not good at all.

The US and the European Union in particular watching us fight ourselves for 12 years now and continuing to play hide and seek under the guise of being mindful of human rights is duplicitous. These global powers claim to be our friends but are watching our school children being taken away from schools and their family homes into the bush and are still talking of human rights. Whose human rights should be given priority? The children’s or the criminals’? After the gallery show of bringing back our girls (Chibok) by the then US First Lady Michelle Obama, the world allowed these children to rot in the forest. Last year, America, using advanced technology and weaponry, came to Nigeria to rescue a citizen who was kidnapped by criminals. But the White House has looked away as we brutally murder ourselves. Citizens of other nations do not deserve protection from world powers. So it seems.

It is hard to determine which human rights the West is interested in. If the answer is both the criminals’ and the good citizens’, then which should take precedence?

It could easily be argued that we are a nation, we should take care of ourselves, but Gaddafi was doing exactly that, helping to develop his country and improving the living standard of his people when the West came in not only destroying Libya but also setting the region including Nigeria in turmoil.

The truth is that Africa can help itself if the West can let us be. These weapons we use in fighting ourselves were not manufactured and sold in Africa but by the West. Western billionaires are smiling to the banks every day with the proceeds generated from arms sales to Africa and the Arabs.

After Africans have finished killing and displacing themselves in a needless war, a fraction of the profits from the arms sold to cause the mayhem will be used to buy consumables and drugs from their countries still and shipped down as humanitarian aid and we will clap and pray for them in our internally displaced people’s camps.

If Leah Sharibu were an American held back in the forest for professing Christ, will she be left there for over two years now? When we were growing up in the countryside, a child who threw stones was summarily reprimanded, but the adult who made the stones available to him knowing they could be misused would have the greater blame. The in-fighting in our world would have been much less if the West were not fanning the embers of hate.

If the terror war in Nigeria has lasted for a dozen years and is still raging, it is because the West has been playing hide and seek and the Northern oligarchy, as well as the government of Nigeria, have joined them in the game.

As of today, it would be difficult and risky to swear that Northern leaders are unanimous that Boko Haram is an enemy of the region. Ditto for the federal government and some state governments up North. It would be easy and pragmatic to argue why we blame the West when the people are themselves entangled hypocrites.

It makes no sense to a victim of a war that the United Nations will watch nations assisted by the developed countries destroy themselves and do nothing about it.

If President Buhari’s rule had directly touched on Western interests since 2015, he would not have lasted. The grumbling of African citizens about bad leadership means nothing to the West so long their interests are intact. For instance, so long as the diplomatic unit of the Nigeria Police is effectively guarding embassies and diplomatic operations, the police are effective.

The clamour for restructuring of this country as a way of moving this country forward will remain noisemaking until the West finds out that such will favour them more than the current structure. The Western and the Fulani oligarchy share a lot in common. Is what France and Britain are doing to their former colonial extensions, not the same as what the Fulanis are doing with their conquered Hausa, collapsing their kingdoms and replacing them with emirates and treating those refusing to embrace the religion they brought as infidels?

It is wicked and sadistic for the West to wait for us to be rioting and dying on the streets in the name of protests continuously before our case can attract attention.
If President Buhari has not achieved anything in the past six years, he has successfully brought to the fore the failure in our system. Also brought out copiously is the double standard in us as a people. How can you go forward with such an unworkable and impracticable system? For 61 years as a nation, we can only produce and boast of ethnic champions who camouflage as nationalists.

In the Muslim North today, the only true hero they know is, Ahmadu Bello who even refused a national political post for the love of the region. In the West, Obafemi Awolowo remains a person of superhuman qualities because of his obvious inclination to Yoruba hegemony. Ditto for the South East where Michael Okpara and Emeka Ojukwu remain very dear for championing Igbo interests to the admiration of the people. Even among the ethnic minorities in the North and South names like Joseph Tarka and Adaka Boro respectively are heroes in their rights for ethnic rather than national prowess.

Ironically, Dr Nnamdi Azikiwe who had dreams of nationalism in the country on coming back to Nigeria after studies in the US had contested and won his first election in the Western region but was thrown out as ethnic interests overtook party interests. He also came home to the East and feathered his Igbo nest at his ethnic base.

All the other political sins of the land are embedded in this ethnic foundation and the military came in and grew them. Today, it is apparent even to the blind that the nation is comatose in all ramifications but there is still resistance to fundamental changes for selfish reasons. And our so-called friends in the West who created all these for the same selfish reasons are pretending and waiting for more than the worst to happen before rallying to help.

True it is that democracy provides a solution but we can’t operate the system. The legislature and the judiciary, the other arms who should help are all prostrate, completely overcome. So if you are sincere in growing democracy in Nigeria, come not with guns and weapons but with ideas you can enforce.

It would do the world a lot of good if the West understands English clergyman Frederick William Robertson’s view: “There are three things in the world that deserve no mercy, hypocrisy, fraud, and tyranny.” Yet, all the above grow in Nigeria and are fertilized by the Western world. 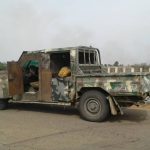 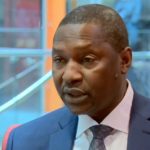