Catholic Bishop of Sokoto Diocese, Matthew Kukah, will Tuesday (7pm Nigerian time) joint eight other leaders around the world to testify on ‘The State of Religious Freedom Around the Globe’ at the United States (U.S.) Congress, Washington DC.

According to the organisers of the hearing, being held by the Tom Lantos Human Rights Commission (TLHRC), it will be focus on four countries “where religious freedom is threatened either due to state repression or the sustained failure of the government to contain non-State actors intent on religious persecution.”

The four countries are listed as China, Iran, Pakistan and Nigeria.

The hearing also coincides with the Non-Governmental International Religious Freedom Summit holding July 13-15, 2021 in the U.S.

The panel of experts are examining the status of religious freedom around the globe.

The organisers said that the hearing will be virtual and that it is in “pursuant to H. Res. 965” of the U.S. Congress.

It added that members of Congress and witnesses will participate remotely via Cisco WebEx while members of the public and the media may view the hearing by live webcast on the Commission website.

It will also be available for viewing on the House Digital Channel service.

The statement on the hearing that any interested party can contact and direct their questions to Piero Tozzi (for Co-Chair Smith) or Kimberly Stanton (for Co-Chair McGovern).

The statement added that Article 18 of both the Universal Declaration of Human Rights and the International Covenant on Civil and Political Rights recognize the fundamental right to “freedom of thought, conscience and religion.”

However, the State Department’s Bureau of International Religious Freedom observed in its 2020 International Religious Freedom Report that “Across the globe, in far too many places, individuals continue to be killed, tortured, jailed, harassed, and threatened on account of their religious identity or beliefs. Left unaddressed, such abuses threaten societal cohesion and political stability, undermine economic development, and can foster radicalization and violent extremism.”

Those who are interested in watching the proceedings, according to the statement, should connect by 7pm Nigeria time to https://humanrightscommission.house.gov/news/watch-live. 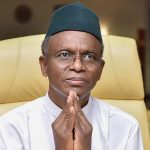 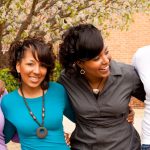