In his heydays, the chatty former National Chairman of All Progressives Congress, Comrade Adams Oshiomhole, said that once you come over to his party the APC your sins will be forgiven, he knew he was making a very juicy offer because, in Nigeria’s political family, sinners are legion and desperately searching for safe-havens.

Today, a newcomer to Nigeria who comes across political party news is most likely to think nothing except politics happens here. It’s all about jostling for 2023. You may even be misled to believe that the governing party, APC, is delivering the goods and cruising to victory ahead of 2023.

In such a hullabaloo, one is likely also to overrate APC’s perpetual acting National Chairman, Governor Mai Mala Buni of Yobe State, that he is doing so much yeoman’s job that is drawing an influx into the party.

But unknown to many APC is a time bomb waiting to be detonated. It is a party in government but afraid to convene its National Executive Committee for talks, let alone the National Convention. It’s all a bid to postpone the impending Armageddon. Here is a ruling party whose incapacity in government has made the country lie prostrate, completely overcome by non-governance.

APC is embattled now and faces obvious rejection due to its glaring incompetence and mismanagement. There couldn’t have been a better way to market a bad product! Perhaps, embedded in the we-forgive-your-sins offer, designed to boost membership, is not just forgiving sins but will allow the looters to retain and enjoy the fruits of corruption while in APC. What an irresistible offer there for so many flirty hands in our various government houses across the federation.

Can you imagine that the shameful diplomatic mess of abducting a self-determination crusader, Nnamdi Kanu, the attack on another separatist leader, Sunday Igboho, and the successful poaching of some Peoples Democratic Party governors and MPs are celebrated by APC as achievements…in a country where hundreds of abducted students are still held captive in robbers’ dens in northern forests. Alas! the parents of these victims are left to agonize. A section of the country is still in the hands of terrorists as their caliphate.

Between January and now, conservative figures show nearly 6,000 dead and about 3,000 kidnapped, an average of more than 30 deaths and 17 abductions daily. Today, almost 30 per cent of schools in the North are shut down for fear of ransom hungry bandits; yet the main concern of the governing party is 2023.

And this party that is playing the fiddle as Nero did while Rome burned has set Nigeria on fire through their nepotistic and incompetent governance, yet the “progressives” pretend all is well.

The present preoccupation of APC is not what happens to Nigeria (much of which is the APC making), the frenzy is about 2023, two years away. As far as the party is concerned, electioneering has begun and any other thing comes a distant second. What appears to be charming the party now is who will succeed PMB and cover up their shortcomings. For APC build-up towards 2023, morality, justice, equity, and fair play are none of their business. That is why it applies any means, including coercion, blackmail, and bullying in the membership drive targeted at PDP governors.

Because popular parlance says, you use what you have to get what you want. So is APC doing and willy nilly has become a comfortable den for thieving politicians in and out of government. This should not surprise anyone because ab initio the party has very little if at all to entice anybody except the refuge which they can easily give to both man and mammon using its platform as the party in government. As a result, the membership is swelling because political actors in their numbers are running for cover.

When cupboards are filled with skeletons and the anti-graft agencies will come researching, the only way for them to pass you by is for you to belong. So, why wait. The worse option is to get frequent visits from agencies who themselves will start by pilfering from you until the court sends you to jail or sets you free depending on your connections.

The worry of political watchers over this dubious carpet crossing is that it could translate to votes in 2023. God forbid! The apprehension is understandable because retaining APC at the driver’s seat looks dangerous. The turbulence in the journey so far is such that no passenger desires a driver from that pool.

The assertion by a 19th century British Conservative politician, Edward Frederick Wood, that “Ignorance makes most go into a political party, and shame keeps them from going out of it” has since been refashioned in Nigeria where greed makes most Nigerians go into a political party, but corruption forces them to jump about in search of cover. Even as these unprincipled and selfish moves are going on, rather than see it as a very serious moral issue, the political class make light of it.

Governors Dave Umahi of Ebonyi State, Ben Ayade of Cross River, and Bello Matawalle of Zamfara state have crossed to APC. Rather than analyze their selfish moves from the correct perspectives, some cheap politicians, seeking to divert attention from reality, blame the leadership of PDP under the watch of Prince Uche Secondus.

Gov. Umahi, for instance, is driven by ambition to become President in 2023, believing that President Muhammadu Buhari will facilitate his ticket to Aso Rock Villa. Big gamble but that is all politics. Gambling with your ambition and the fate of the Ebonyi people.

Gov. Ayade after many years of moralizing had to abandon the crusade at least to head off frequent visits to the Economic and Financial Crimes Commission waiting to undress him in 2023. Now that he belongs, his “sins” are to be forgiven.

Perhaps, the most intriguing of the three cross carpeters is Gov. Mattawalle who lost the gubernatorial election in Zamfara State. Recall that APC leaders fought until the Supreme Court awarded all elective seats in the state to the next party that happened to be PDP. It was being expected that after four years Gov Mattawalle would have made an appreciable impact to sway Zamfara voters finally to PDP but he couldn’t.

Even after he publicly swore never to betray PDP, he still went ahead and dumped the party for APC. It’s now between him and God whose mercies are neverending. Had he swore in the name of “Amadioha”, his story would have been different today or he wouldn’t even have dared it.

How do you blame the PDP leadership that the governors abandoned the voters who gave them the mandate? The people of Ebonyi and Cross River states have already turned their back on their greedy governors. The Deputy Governor of Zamfara Mahdi Aliyu-Gusau has already started giving direction to the PDP members in his state.

Rather than dissipate energy looking for whom to blame for some greedy people leaving their party in a bizarre cross-carpeting, Nigerians should worry about the decadence in the polity where a ruling party lends its platform as a den for the unclean. It should worry us as a people that in our electioneering, morality is offered a back seat and flirty ones made to occupy the front row in the name of chasing voters. If a leader on the level of a governor, after publicly invoking divine punishment if he betrays his party, goes ahead to flout his vow, how would teachers in Zamfara State and indeed Nigeria define betrayal, trust, and the omnipotence of God to the younger children?

The damage of this type of thing is far-reaching with great consequences but only for a nation with a conscience. Leaders whose principles are dependent on who they are dealing with at a time are no good materials to lead a nation. 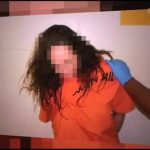 Security Aide of Fayemi’s wife under investigation for Rape 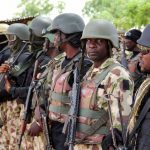 Global Upfront4 hours ago3 hours ago