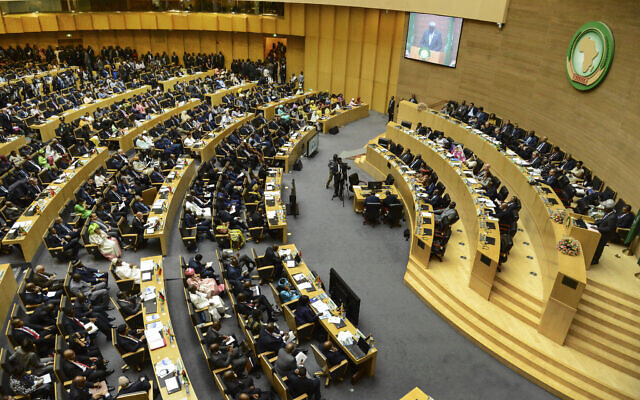 Algiers has condemned the decision of the African Union (AU) to grant Israel observer status to the pan-African organization.

Israel on Thursday obtained observer status at the AU, which it has been demanding for years, a diplomatic victory for the Jewish state.

“Taken without the benefit of broad prior consultations with all member states, this decision has neither the vocation nor the capacity to legitimize the practices and behaviors of the said new observer which are totally incompatible with the values, principles, and objectives enshrined in the ‘Constitutive Act of the African Union,” said the Algerian Foreign Ministry in a statement, without explicitly mentioning Israel.

“The recent decision of the President of the Commission of the African Union (AU) to welcome a new observer who falls under its administrative prerogatives is not likely to alter the constant and active support of the continental organization to the just Palestinian cause,” declared the press release relayed by the official APS agency.

Israel, which maintains relations with 46 African countries, had observer status within the Organization of African Unity (OAU) until its transformation into the African Union in 2002.

“Palestinian Territory” already enjoys this observer status at the AU, where it has significant support, especially in matters relating to the Israeli-Palestinian conflict.

Since its independence, Algeria has taken up the cause of “the right of peoples to self-determination,” in particular the Palestinians, whom it has historically supported. 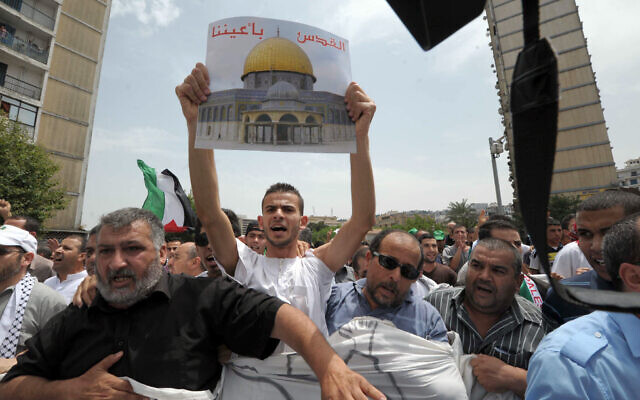 An Algerian protester holds a picture of the Dome of the Rock, located on the Temple Mount in the Old City of Jerusalem, as he protests with thousands of people against Israel during the 2014 Gaza war between Israel and the Hamas terror group, after Friday prayers at the Martyr Square in Algiers, Algeria, July 25, 2014. (AP Photo/Sidali Djarboub)

It does not maintain diplomatic relations with Israel, which it refers to as the “Zionist entity.”

The recent normalization of diplomatic relations between Morocco and Israel, in return for American recognition of Moroccan “sovereignty” over Western Sahara, has been criticized by Algeria, which has denounced “foreign maneuvers” aimed at destabilizing it.

A new illustration of the sensitivity of the subject in Algeria came during the current Tokyo Olympics, where the Algerian judoka Fethi Nourine forfeited a bout in order to not have to later face an Israeli opponent, citing his support for “the Palestinian cause.”

Nourine was suspended by the International Judo Federation (IJF) and his accreditation was withdrawn. 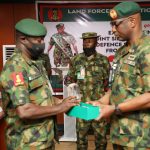 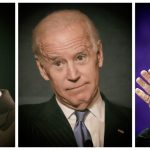 Nourishing the Brain Wounded by Childhood Adversity: How the right mix of nutrients revitalizes the brain