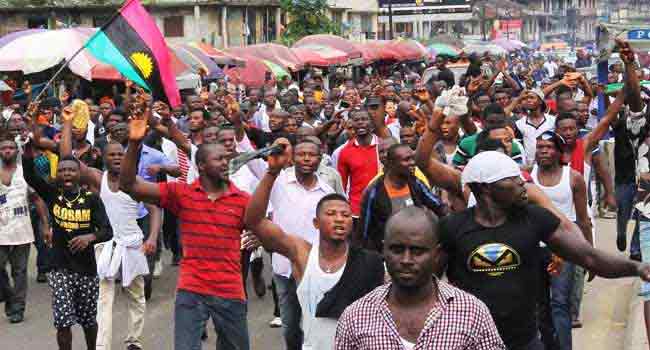 The Indigenous People of Biafra (IPOB) has ordered residents of Nigeria’s South East region—largely Igbo-dominated areas of the former Biafra, the breakaway territory that tried and failed to establish an independent state during the 1967-70 civil war—to stay at home every Monday until their leader, Nnamdi Kanu, is released from jail. (Charged with treason by the Nigerian government, Kanu was somehow apprehended and returned to Nigeria without any formal legal process from an unnamed African country.) Though there was initial confusion—Kanu’s brother said the first stay-at-home order should be postponed allowing students to take exams—compliance with the stay-at-home order on August 9 appears to have been widespread and mostly peaceful. Commercial activity in normally busy cities such as Enugu and Abakaliki ceased.

Igbos have widely believed they face a glass ceiling following their defeat in the civil war and have nurtured an often inchoate sense of grievance. The mostly Christian Igbos, one of Nigeria’s three largest ethnic groups, also widely believe that there is a Fulani-Muslim “plot” to Islamize Nigeria abetted by the current Buhari government. But it is not clear just how much support the IPOB has among Igbos in 2021. In the aftermath of the Kanu jailing, the support for the stay-at-home order on August 9 would indicate that support for IPOB—or fear of disobeying the order—is considerable. It remains to be seen whether subsequent stay-at-home orders will be similarly obeyed.

IPOB seeks to resurrect Biafra with its 1967 borders. However, the former Biafra incorporated non-Igbos against their will. The media is not reporting support for the current stay-at-home in those non-Igbo areas.

Kanu, a dual British and Nigerian citizen, is the founder of the IPOB and director of Radio Biafra. IPOB appears to enjoy some expatriate support and perhaps funding. But with Kanu’s jailing, it is unclear who is running IPOB. It does have a spokesman, Emma Powerful (likely a pseudonym), and an armed wing, the Eastern Security Network (ESN), that has been involved in pitched battles with the security services. Unconfirmed anecdotal evidence indicates that the ESN has retained its chain-of-command structure subsequent to Kanu’s arrest.

Kanu, arrested numerous times for his advocacy of Biafran independence, jumped bail in 2017 and fled abroad. Neuralgic about the threat of Biafran separatism, it is unlikely that the Abuja government will release him anytime soon. 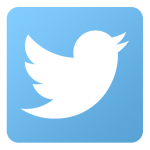 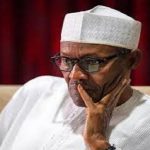